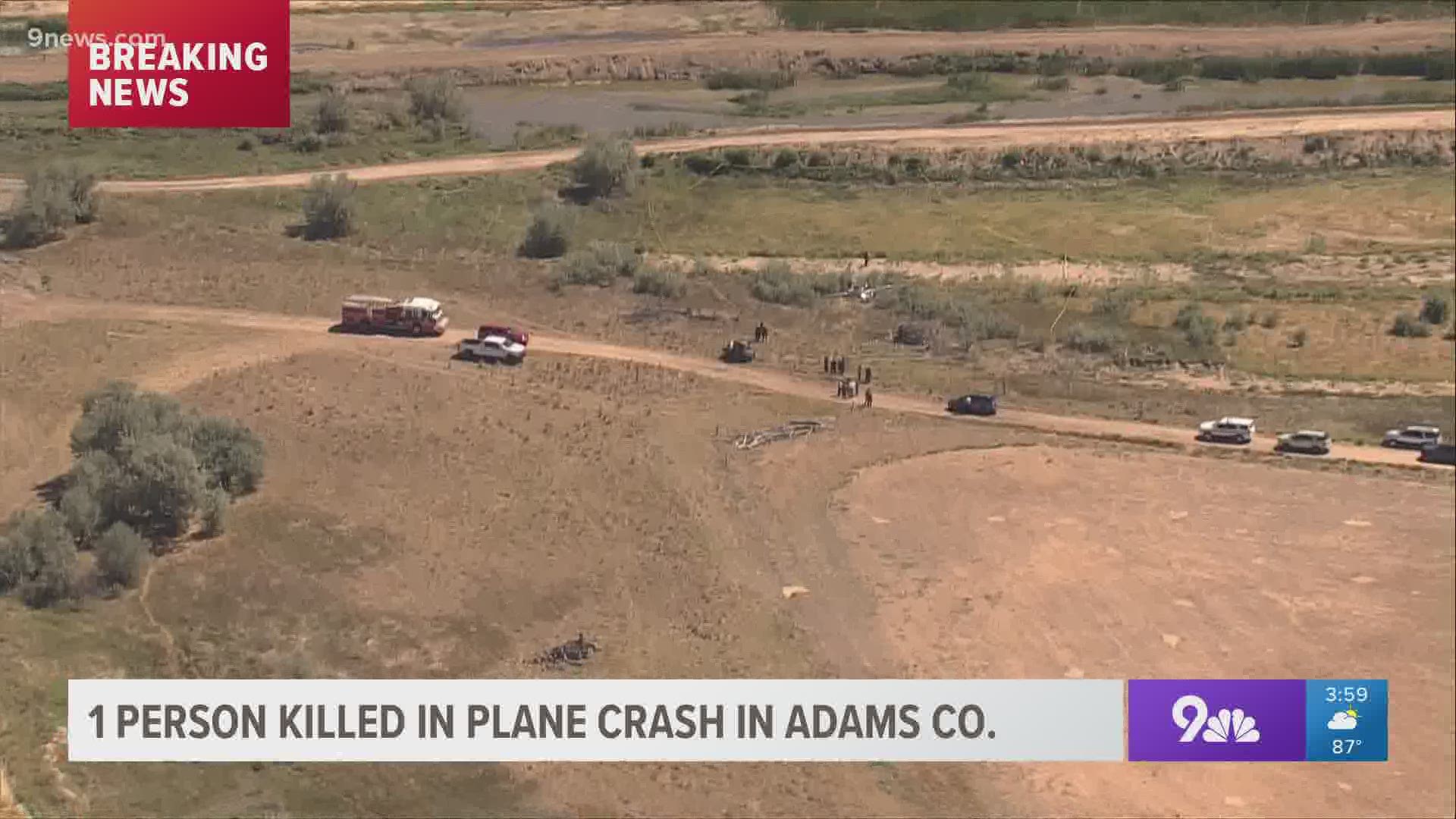 Brighton Fire Rescue and the Adams County Sheriff's Office responded to the crash, which was reported just after 12:15 p.m.

A sheriff's official said the pilot was the only one aboard the aircraft.

Witnesses told deputies they saw the plane take off and, after a few minutes, heard what sounded like the plane's engine stall.

The aircraft went down near 160th Avenue and Gun Club Road, which is about five driving miles south of Lochbuie and six miles east of Brighton.

The Federal Aviation Agency (FAA) said it had not been notified of the crash as of 1 p.m.

The cause of the crash will be investigated by the FAA and the National Transportation Safety Board (NTSB), an Adams County Sheriff's spokesperson said.

FAA records list the plane as an experimental aircraft. The plane's records show that it is a kit Mustang T-51 that was built in 2013.