The Cherry Creek School District is encouraging parents to talk to their kids after the second suicide at the school this semester.

GREENWOOD VILLAGE, Colo. — Cherry Creek High School students, parents and faculty are mourning the loss of a senior, who ended her life.

Cherry Creek High School has released the name of the senior. 9NEWS is choosing to no longer publish it out of respect for the family.

This is the second death by suicide this semester, according to the letter. The first was in February.

A student at Valor Christian High School also ended their life yesterday, the school confirmed in a statement Friday.

"As a school community, we are heartbroken and grieving with the student's family at this time of loss," the Valor Christian statement says. "We are with them in support and prayer, and we are respecting the privacy they have requested."

Cherry Creek High School's letter focuses on resources to help kids get through the tragedy.

"Research tells us that when a suicide or suicides occur within a school community, it can put other students more at risk for having suicidal thoughts or intentions," the letter says. "It is extremely important to talk to your child in the aftermath of a suicide of a peer and to help them connect with mental health support if need be."

Friends of the Cherry Creek student who took his own life in February have expressed concerns to the district. After Jack Padilla died by suicide, Freshman Nina Petros said the school needed to do more.

"We felt like the school just didn't give us enough support for that suicide," Nina said.

Freshman Nicolas Corsi said in the aftermath of his friend Jack's suicide and other suicides in neighboring schools, he felt the deaths were being ignored.

"With all these suicides that have been going on, the schools don't really talk about them, but yet they keep happening," Corsi said. "We just wanted some sort of change, there needs to be something new going on."

Jack's friends formed a youth group called "Jack Strong" to spread awareness of the needs of students to prevent suicide. Corsi said they had a meeting scheduled for Friday to talk about their concerns.

"We were supposed to come and talk to the Superintendent this morning about what to do, but that meeting got canceled due to the death," Corsi said.

In a direct response to these students concerns, the Cherry Creek School District issued this statement:

After we help our students and families navigate the present crisis, we will engage our community in a discussion about the epidemic of suicide impacting young people here and across the country."

Jess Stohlmann-Rainey is the director of program development for Rocky Mountain Crisis partners. She said talking about suicide and the need to get help is crucial.

Many people in the community have said they want to hear a conversation. However, others have expressed concern that news coverage could have a negative impact on people who may be dealing with suicidal thoughts or depression.

9NEWS psychologist Dr. Max Wachtel says it’s important to have a conversation soon after an impactful event like this.

You can watch his extended interview with reporter Ryan Haraar about news coverage of suicide here: 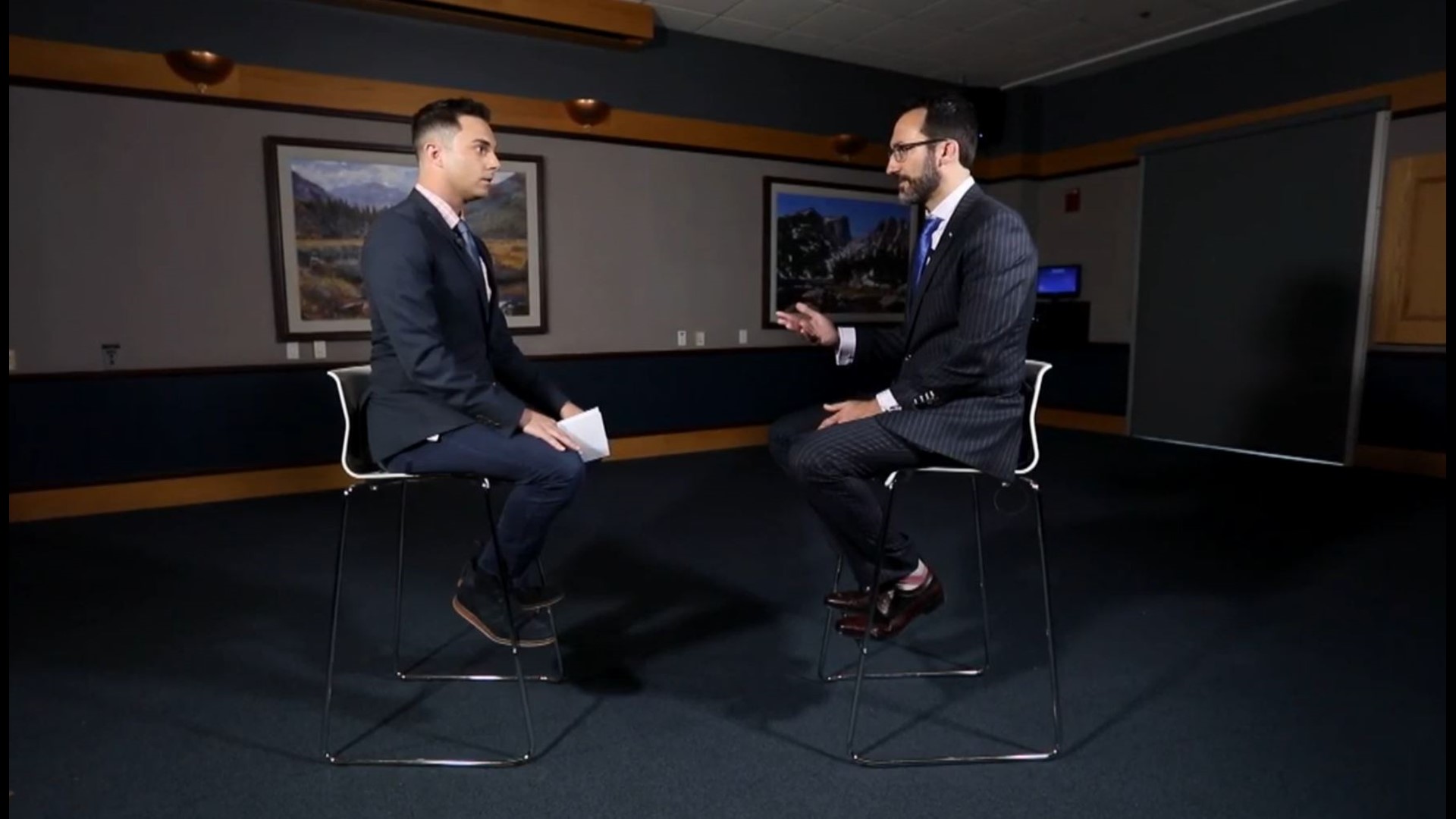 Jack's friends are planning to stage a student walkout next Friday to demonstrate their need for more help in the wake of suicides.

"I feel like if we're not getting or giving enough support to each other then it's going to keep happening," Nina said.

"The purpose for holding the 8-period class schedule [was] to provide structure for our students, give students a sense of normalcy and provide support as needed," the letter says.

The letter also encourages parents to remind children that if they are struggling, they should seek the help of an adult.

School psychologists and social workers are working with students and school staff to help students work through the aftermath of the two recent tragedies.