Park rangers said a strong storm created gusty winds and choppy water and may have caused the kayak to capsize. 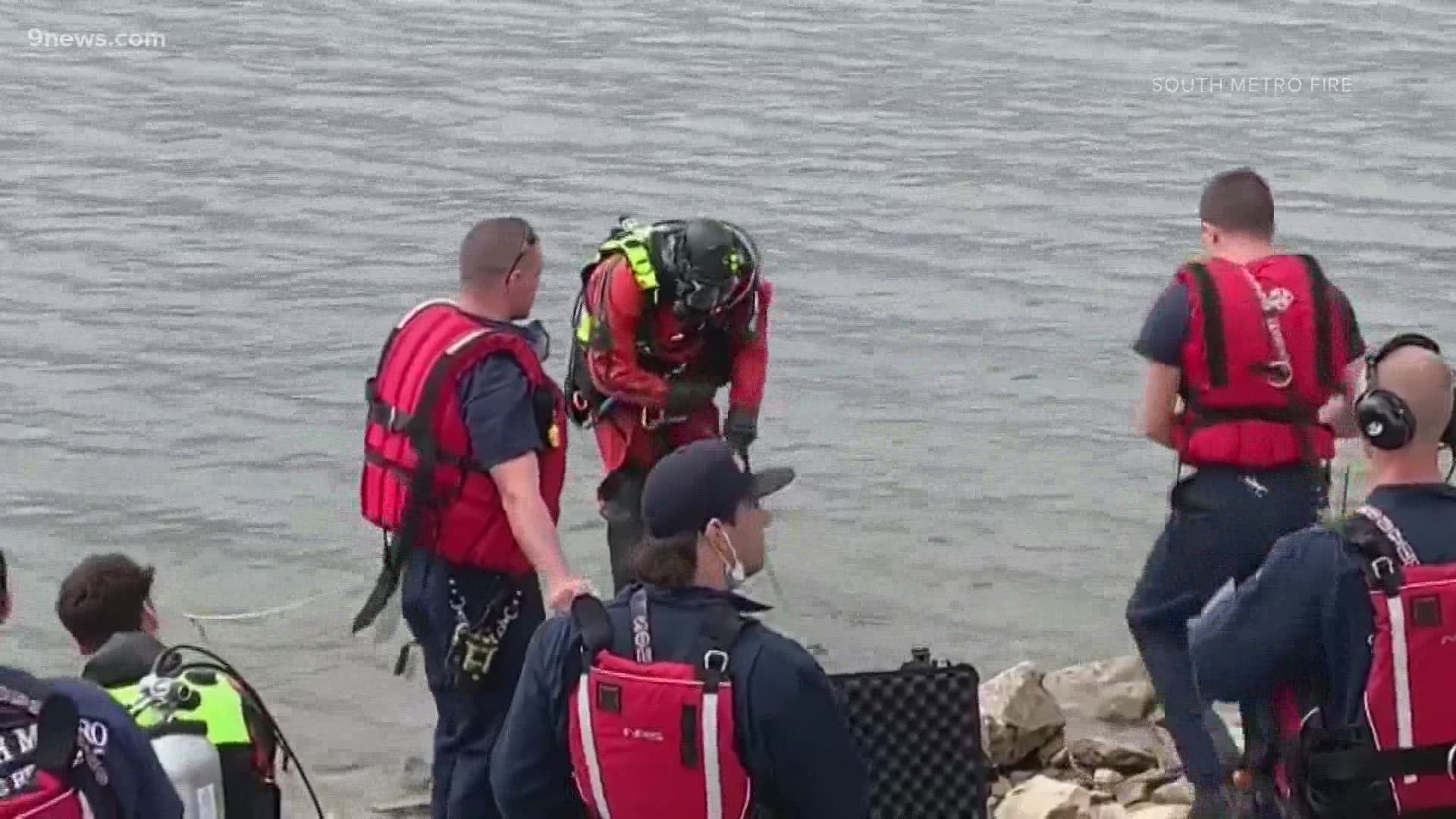 AURORA, Colo. — Search crews found the body of a kayaker who was reported missing at Cherry Creek Reservoir on Sunday, according to a tweet from South Metro Fire Rescue.

On Monday, the Arapahoe County Coroner's Office identified the victim as Christopher Carmon, 26, of Aurora.

Colorado Parks and Wildlife (CPW) was also involved in the search on Sunday. They said in a release that around noon, witnesses reported a man in the water who was not wearing a life jacket and was near an inflatable kayak. He was in obvious distress, according to CPW. Park rangers said a strong storm created gusty winds and choppy water and may have caused the kayak to capsize.

CPW park rangers and dive teams from South Metro responded, according to the release, and had good information on the location of the man.

But after more than an hour of searching, CPW said, the operation changed from a rescue to a recovery effort.

CPW said the search was focused on the east side of the park, where the water was between 9 and 16 feet deep and water temperatures were in the low 50s.

The Arapahoe County Sheriff's Office assisted in the search.

South Metro tweeted just before 5 p.m. that the man had been recovered.

Crews are searching for one party and their dog. SMFR’s drone is about to launch for an overhead perspective. pic.twitter.com/EYAwtJUv2d

RELATED: Father of three drowns in manure pit while working at Colorado dairy