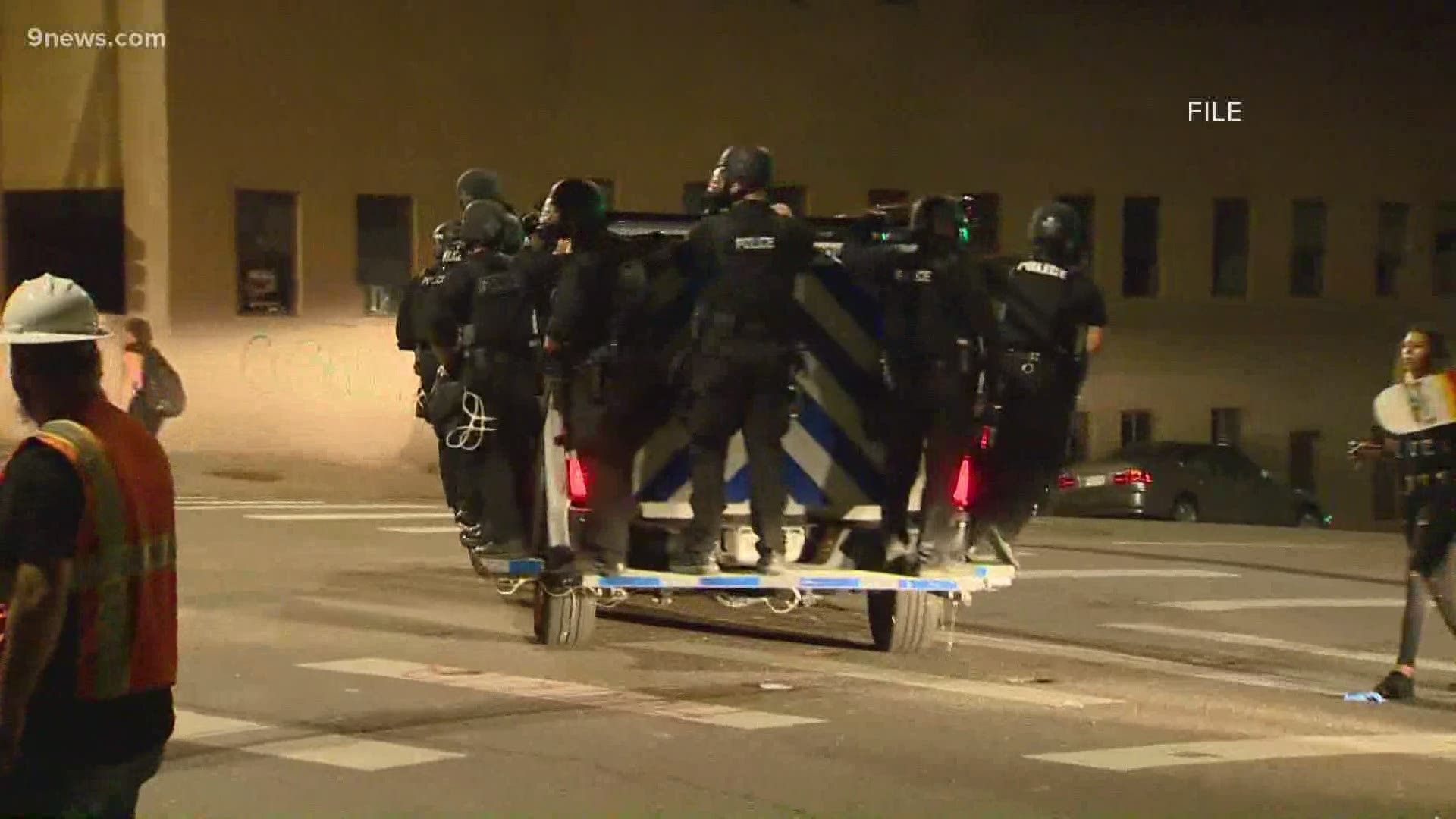 DENVER — The Denver Police Department (DPD) on Sunday announced policy changes for what it calls an effort to maintain the highest level of public accountability.

The new policies were created through collaboration with DPD’s Use of Force Committee and through consideration of recommendations from the Center for Policing Equity. Effective June 7:

“We will continue to evaluate our policies with community input and make improvements as needed in the interest of public and officer safety,” said Chief Paul Pazen.

The changes come after 11 days of protests in Denver in response to the in-custody death of George Floyd in Minnesota.

The first four nights of protests resulted in clashes between police and demonstrators, as law enforcement responded by firing tear gas and foam projectiles at some people throwing fireworks, rocks and water bottles.

The clashes spurred action at the state Capitol, with the introduction of a sweeping police reform bill, SB 217, that is making its way through the legislature. The 16-page bill would implement a reporting system in which officers who used excessive force would be tracked if moving to another department, and officers also would only be able to use deadly force only if in imminent danger.

The order was amended to allow lieutenants the same authority to authorize use of force.