The temporary closure began Wednesday. During the closure, the park will be "restored to a stable and safe state that is welcoming for all Denver residents." 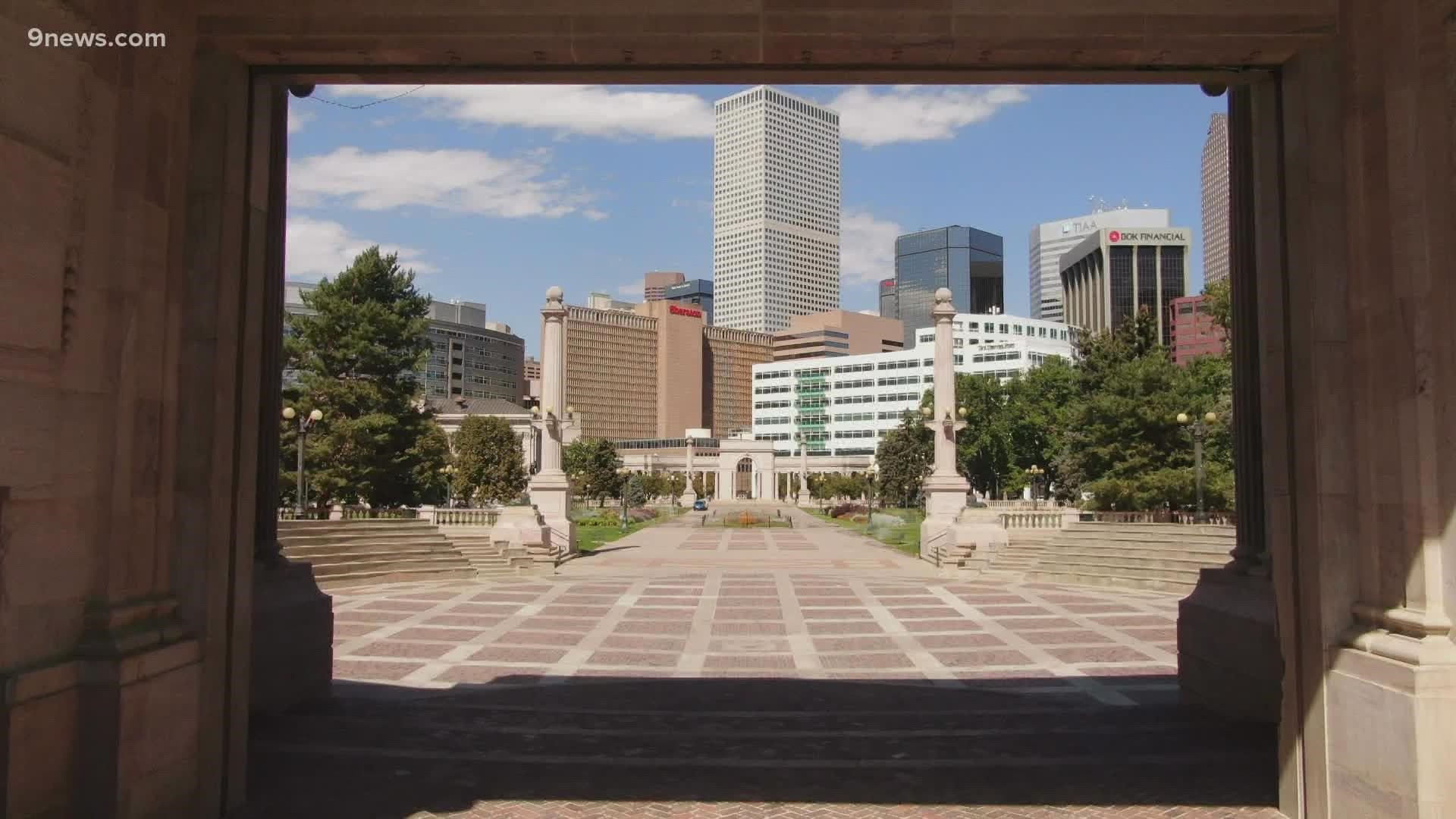 DENVER — Civic Center Park and adjacent areas in downtown Denver are now closed "until further notice" so the city can work to abate "significant" public health and environmental health risks.

The closure began Wednesday, according to the City and County of Denver. Notice of the closure was first posted last week.

"During the closure, the park will be restored to a stable and safe state that is welcoming for all Denver residents," according to the city.

“This cannot and will not be allowed to continue. This is the people’s park and we are taking steps so that everyone can once again feel safe and welcomed there.”

Over the course of the last several weeks, officials from Denver Public Health & Environment (DDPHE) have been monitoring conditions in Civic Center Park, Pioneer Fountain at the corner of Broadway and Colfax, and MacIntosh Park Plaza at 15th Avenue and Cleveland Street for health and environmental hazards which create ongoing unhealthy conditions for all users of the park.

DDPHE noted "many" unsafe conditions, including:

In recent weeks, excessive amounts of trash have accumulated each day, consisting of discarded food, as well as human and hazardous waste, resulting in additional labor hours and rodent infestation, the city said.

Graffiti and fire damage to the historical stone structures will require professional restoration.  A thorough evaluation of the park is also required to ensure all hazardous waste is properly identified and removed.

“The goal of Denver Parks and Recreation (DPR) is to restore Civic Center Park, Denver’s beloved National Historic Landmark in the heart of our city, by providing a safe, clean and inviting public space”, said Happy Haynes, Executive Director of Parks and Recreation.

According to data provided by the Denver Police Department (DPD), there were 452 reported crimes at and around Civic Center Park between January 1 and August 28 of this year. About 41% of those crimes happened at the park, while about 59% happened in surrounding areas.

DPD said 44% of the crimes at the park itself were narcotics-related, which are included in the "public & other" category of the chart below.

During the park closure, park grounds will be cleaned and cleared and DPR will rehabilitate and revitalize areas of the park that have been significantly damaged this summer. When work is complete and all public health issues have been mitigated, Civic Center Park and surrounding areas will be reopened.

DDPR will restore turf in the park, complete rodent mitigation, reseed and make upgrades to the irrigation system. DPR will also trim trees and begin the installation of additional lighting upgrades throughout the park.

Organizers of scheduled events in Civic Center Park are being contacted for relocation to other park properties.

The city said it's working connect people experiencing homelessness with services and housing. Outreach teams are working to provide resources for substance misuse, mental health services, and access to temporary and permanent housing.