Sheriff Hill fired one of the white deputies, the one seen on bystanders’ videos beating a Black man during an arrest. Activists say Hill, himself, has to go. 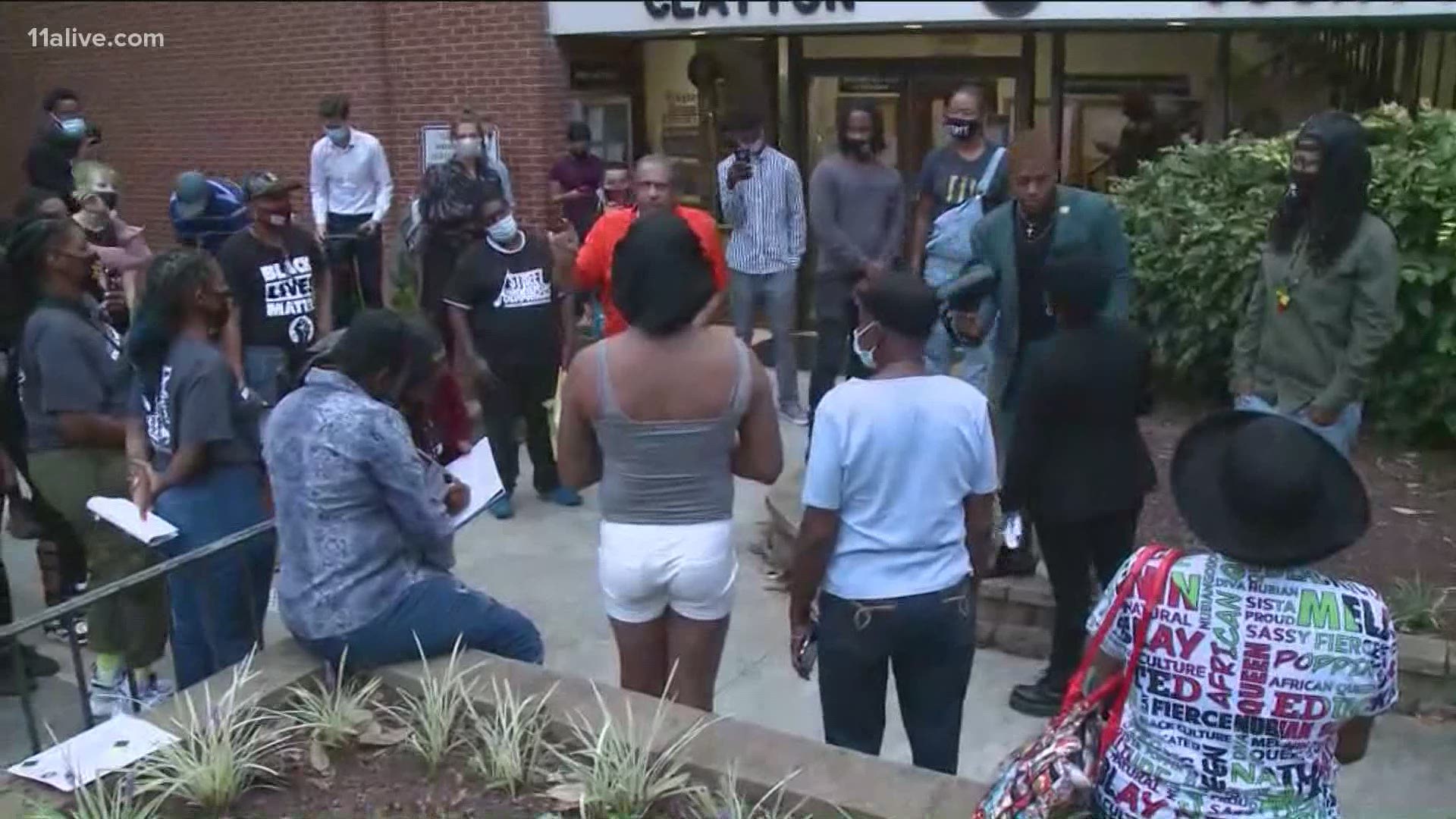 CLAYTON COUNTY, Ga. — Activists are targeting the top law enforcement official in Clayton County, Sheriff Victor Hill, trying to hold him accountable for the two deputies who forcefully arrested Roderick Walker this past Friday, as seen on bystanders’ videos posted on social media.

Hill later fired one of the deputies for using excessive force during the arrest, and that deputy is under investigation by the district attorney, who is looking into whether to file criminal charges against the deputy.

But now, activists are saying that is not enough. They want Hill, himself, out.

At the regular meeting of the Clayton County Commission Tuesday night, during the public comment portion of the meeting, the leader of an activist organization told Commissioners it is crucial that Commissioners defund the sheriff’s office, and exert public pressure on Hill to resign.

After the public hearing, the activists, along with residents of Clayton County--about three dozen people, in all--rallied outside the Commission offices expressing their anger over the violent arrest this past Friday of 26 year old Roderick Walker, who was a passenger in a car Sheriff’s deputies stopped because of a broken tail light.

Two deputies were involved in arresting Walker. Sheriff Hill is not saying why the deputies arrested him.

But Hill fired the deputy seen on bystanders’ videos beating Walker, on top of Walker along with another deputy; Walker was face down on the pavement, and District Attorney Tasha Mosley is investigating possible criminal charges.

Sheriff Hill has not released the names of the two deputies, and has not disclosed the status of the deputy who has not been fired.

RELATED: Bridging the gap: How race relations, policing can lead to better conversations in communities

At the County Commission’s public hearing, activist Devin Barrington-Ward with “Movement 4 Black Lives Atlanta” called on Commissioners to defund the Sheriff’s Office, and called on all elected officials to pressure Sheriff Hill to resign from office.

“The devil is busy in Clayton County,” Barrington-Ward said, “abusing Black and Brown residents. And you all, as the commissioners, are busy doing nothing but co-signing his war on Clayton County residents.”

Sheriff Hill has not responded to 11Alive’s request for comment.

Hill remains more popular than controversial. He ran unopposed this year for another four-year term as Sheriff. Although his name will be the only name on the November, 2020 ballot for Clayton County Sheriff, at least one person, Dwayne Fabian, is campaigning as a write-in candidate and was outside the Commission offices Tuesday night handing out campaign material and introducing himself to voters.

“This is not just a Clayton County issue,” Barrington-Ward told 11Alive. “Georgia has a police brutality issue, and the only way to deal with that is through the defunding of police, and the reimagining of public safety, putting public safety back into the hands of the community and not in the hands of bureaucrats.”

Roderick Walker was transferred to the Fulton County Jail to face charges in that county related to his probation on a previous felony conviction.

Walker’s attorney said he sustained serious injuries during the arrest in Clayton County, needs medical attention, and the attorney is seeking an emergency court order for Walker’s release on bond.