Cleanup and repairs near Emerson fire to take weeks

The fire burned so hot that it cracked windows and melted siding at a neighboring building roughly 50 yards away. 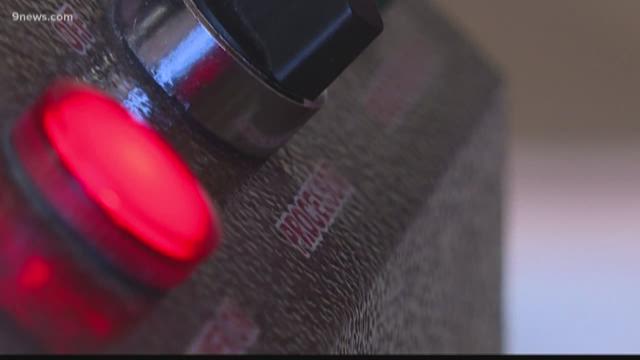 DENVER – A small army of cleaning, maintenance and repair workers have moved into the scarred spaces around Wednesday's 3-alarm fire a few blocks from the capitol.

As the blaze consumed an apartment building under construction, it also severely damaged several neighboring buildings.

Travis Chancey, the owner of Abbotts Fire and Flood, says the ventilation system pumped smoke and soot throughout the building.

Abbotts had employees with HEPA vacuums and negative air machines working inside the building within an hour after the fire started.

The cleanup was well underway as the fire smoldered.

“The first thing we did was clean, sanitize literally like everything in the whole entire building, which is about 16,000 square feet,” Abbotts fire consultant Rico Leon said. “We steam cleaned the carpets.”

They worked all the way through until about 3 a.m. Thursday.

“In this industry, you just have to get used to it,” Leon said. “Accidents don’t happen from 9 to 5, unfortunately.”

The exterior of the building will also need work.

The fire burned so hot that it cracked windows and melted siding at a building roughly 50 yards away.

Peter Rodriguez used to park his work vehicle between the buildings to service the HVAC system. However, he’s had to find somewhere else to park since construction began on the apartment building that burned.

“I was glad I was not here yesterday,” Rodriguez said. “There’s a reason for everything, right?”

Dozens of vehicles were destroyed by the fire.

Chancey expects work to clean and repair of the building to take several weeks.