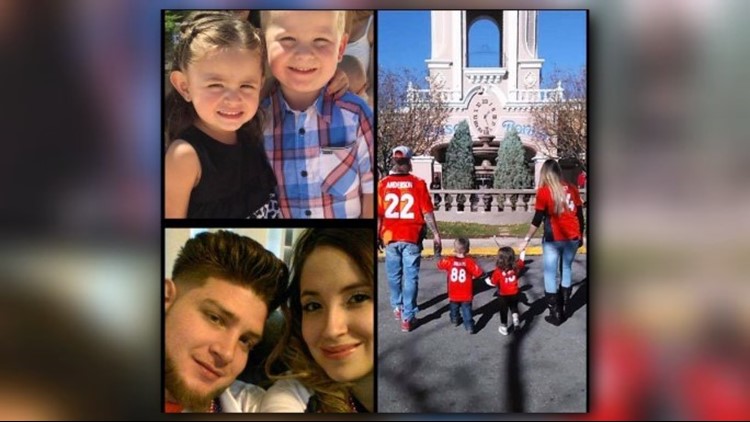 Jaime Villarreal and his family

In the early morning hours of March 18, 2016, Littleton police officers found Villarreal after responding to reports of gunshots at 8122 Southpark Lane, which is near the West Mineral Avenue and South Windermere Street intersection.

Villarreal was deceased from a gunshot wound.

According to police, Villareal's vehicle -- a Ford pickup with a snow plow attached -- had been stolen and was later found abandoned and burned, near South Broadway and West Jamison Avenue.

The suspects were described as male, possibly Hispanic, in their 20s with thin builds. They were clean shaven and dressed in black, according to police.

A sketch of suspect in the killing of Jaime Villarreal Jr.

RELATED: Unsolved: 10 victims, their killers have never been found

Villarreal was the father of two and had a fiancée.

Natasha Espinoza, Villarreal's fiancée, said she and Villareal's family and friends want nothing more than to see the suspects caught.

"We just want to get justice for Jaime and for his family and most importantly his kids," Espinoza said. "You took not only a son, fiance, friend, cousin but you took a father from his babies. Something I would never wish on anyone."

Another male victim was also shot and transported to a hospital with non-life-threatening injuries.