Colfax Marathon reschedules race to October 2021 due to COVID-19

The Colfax Marathon will move to October 2021 due to COVID-19 concerns. Official details will come once the Broncos schedule is announced. 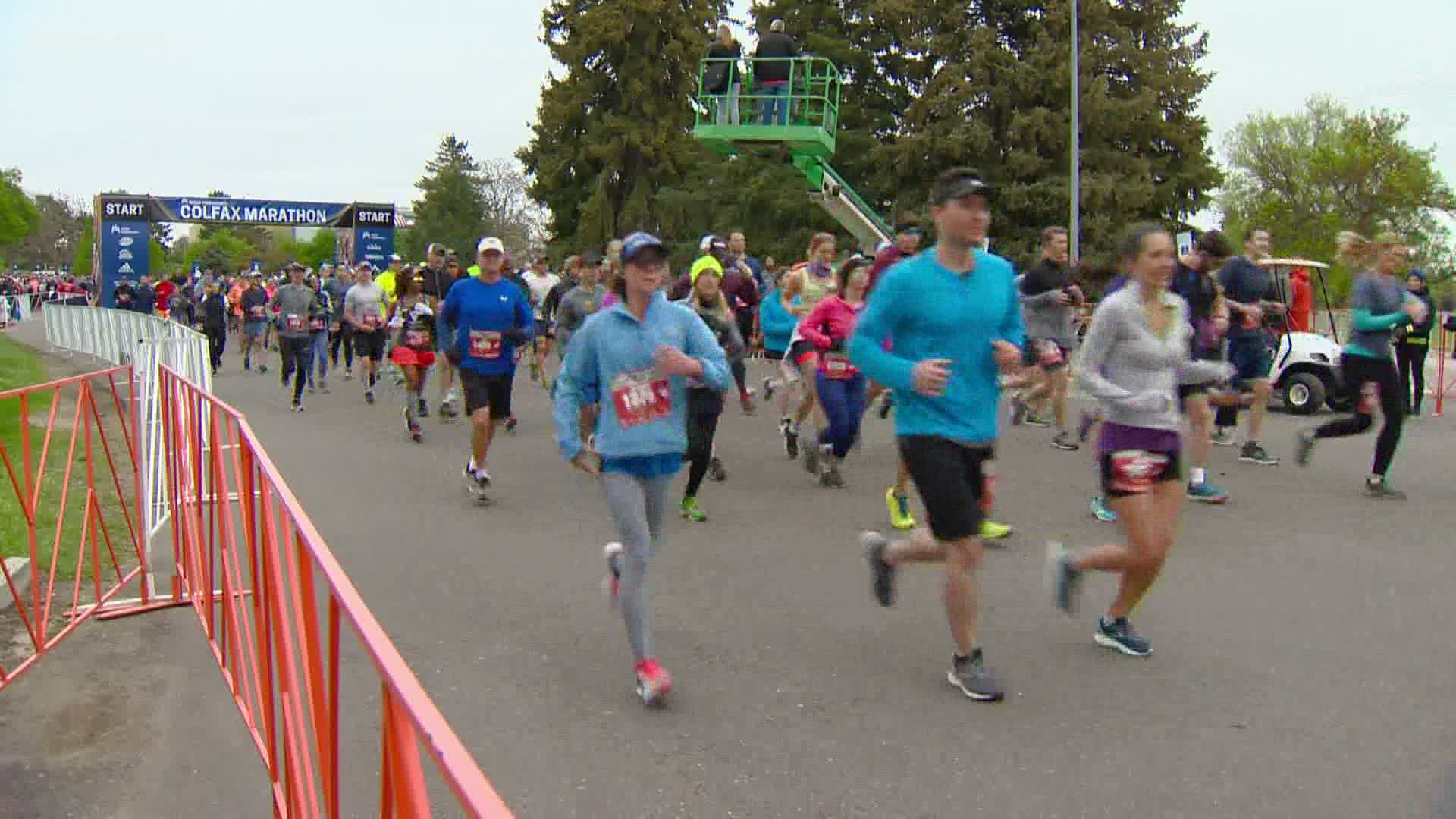 DENVER — The Colfax Marathon, which typically happens in May, has now been scheduled for October 2021 due to continued COVID-19 concerns.

The Colfax Marathon went virtual this year due to the pandemic.

Runners who deferred to 2021 will need to confirm their registration details early next year. People can also defer to 2022 if the October date doesn't work.

>>> Watch the video above for a previous 9NEWS story about races going virtual due to the pandemic.

RELATED: Colfax Marathon will not happen in 2020, organizers set eyes on 2021

Race weekend details will be finalized once the Broncos home schedule is announced, since the run goes right through Empower Field at Mile High.

This announcement comes amid heightened COVID-19 concerns across Colorado and record case numbers and hospitalizations.

Drug makers have announced that two vaccines have demonstrated promising results, but they likely won't be widely distributed until spring at the earliest.

The Colfax Marathon is the only urban marathon in Denver after the fall Rock n' Roll series opted not to return to the Mile High City.

The marathon course begins in City Park and winds down to Lakewood via Colfax Avenue.

The new half marathon route heads downtown instead of through the Park Hill neighborhood and East Colfax Avenue into Aurora.