Local craft breweries express concern about the new steel and aluminum tariffs the White House is expected to announce next week. 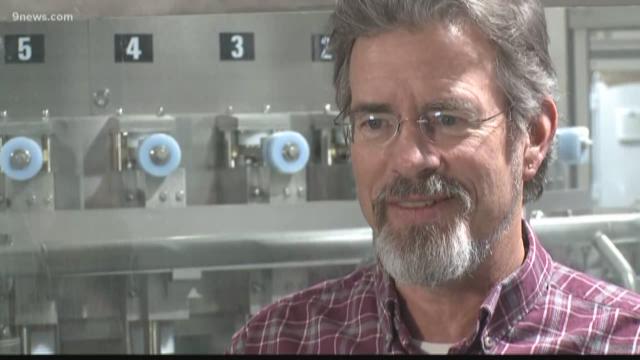 Everything from cars to washing machines to beer and soda could see a price hike after an announcement that caught lawmakers by surprise in Washington - and worried investors on Wall Street.

The DOW plunged 420 points on the news and other American exchanges fell more than one percent. Asian markets are also down one to three percent after the president's announcement.

"Twenty-five percent for steel," President Donald Trump said. "It will be ten percent for aluminum and it will be for a long period of time.

The news is just sinking in for Colorado breweries that can their beer. They're still calculating how much the tariff could cost them and their customers. They're also left to wonder if it will cost jobs.

Oskar Blues is one of the biggest breweries in Colorado and they can up to 70 percent of their craft products. Despite their size, a new aluminum tariff would leave a dent.

"It will probably hurt around $400,000 a year," said Chad Melis, marketing director for the beer company. He added that it'd make it more difficult to grow as a company - more difficult to add jobs and invest in the community.

But supporters of the tariff say it would give the U.S. aluminum industry a chance to be more competitive and could lead to more jobs. The Aluminum Association released a statement on the White House's announcement Thursday:

"We appreciate the president's commitment to strengthening the U.S. aluminum industry. We look forward to working with the president on implementation and to creating a more level playing field."

They weren't the only group applauding this move. The president of the Steel Manufacturers Association sent 9NEWS this:

"The Steel Manufacturers Association is pleased President Trump has announced he will take action to counteract surges of steel imports that pose a threat to our national security. We look forward to seeing the actual details surround the steel tariffs next week."

Left Hand Brewing Company is not as excited. The company is planning to double the amount of beer they can by the end of the year.

"This is unwinding some of the savings they gave us," said President Eric Wallace. "We expect [our canning operations] to increase because the market is calling for it."

"The excise tax cut part of the tax bill - we decided we were going to hire four more people," he continued. "I don't know. This could erase one of those jobs eventually."

Both Left Hand and Oskar Blues are saying there's a real possibility that the cost will be passed along to the customer.

"It's a competitive time in craft beer," Melis said. "It's not an ideal time to take on an unaccepted hit."

Both breweries said most of the aluminum they use in their cans comes from Canada. And if breweries of this size are worried about the impact of the tariffs, they said it would be magnified for smaller breweries that use more cans because of their cost.

Bob Pease, the president of the Brewers Association, sent out this statement: