“Now I am asking everyone who has ever believed in our agenda to be thinking of ways to ease tensions, calm tempers," President Trump said Wednesday. 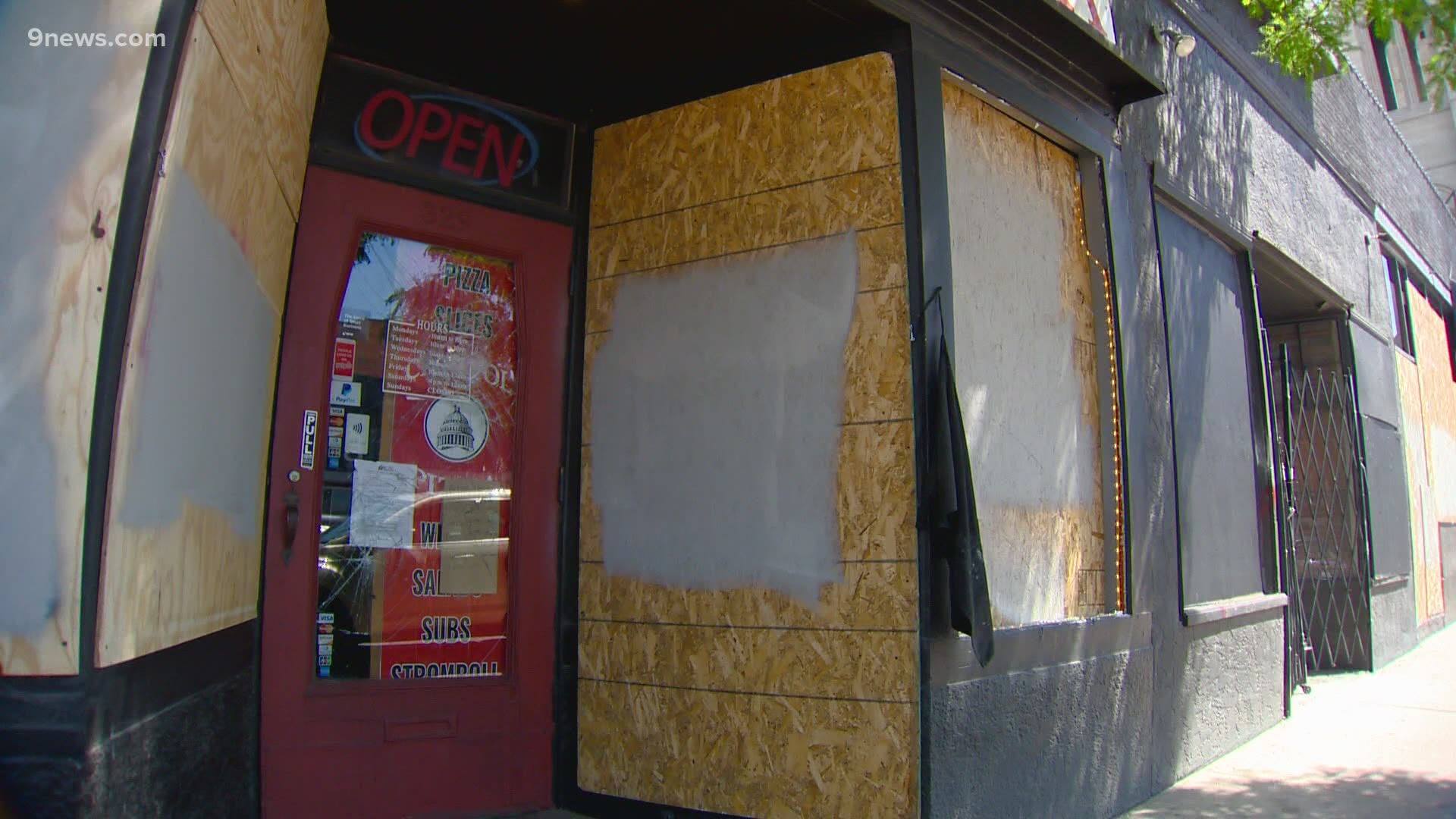 DENVER — Inauguration Day is a week away and law enforcement in Washington, D.C. is preparing for a number of security threats. Concerns have grown since some supporters of President Donald Trump stormed the U.S. Capitol building last Wednesday.

“I do have a planning meeting with the Director of the FBI later on today, during this presentation, to coordinate the efforts around the inauguration,” he said.

State capitals across the country are beefing up security ahead of the inauguration of President-elect Joe Biden after the FBI posted a bulletin saying "armed protests are being planned at all 50 state capitals."

Business owners calling into another safety meeting Wednesday afternoon with Denver Police Chief Paul Pazen expressed concern and asked for direction leading up to the inauguration. A couple of them asked if they should board up businesses as they did over the summer during social injustice protests.

“At this time we are not specifically recommending boarding up businesses or shops. We don't have specific threats to our business community,” Pazen said.

The department has beefed up resources to prevent chaos, according to Pazen, should something happen. They cannot share what exactly is happening behind the scenes, but they're working with several agencies, including Colorado State Patrol, which oversees security at and around the state Capitol building in downtown Denver.

Earlier this week, Denver Police released the following statement about the potential for armed marches:

"The Denver Police Department (DPD) respects the right to peacefully assemble. DPD continually monitors for protests/demonstrations and plans accordingly, while working with our local, state and federal law enforcement partners. DPD encourages those who participate in protests, demonstrations, marches, or other gatherings, as protected by the First Amendment, to do so in a safe and lawful manner.

Due to the sensitivity and potential safety concerns, we do not identify specific events, groups, organizers, etc. in regards to protests, marches, assemblies. Similarly, we do not discuss in detail our plans for responding to demonstrations/protests as that could jeopardize public and officer safety. What we can say at this time is that DPD is aware that there are efforts to organize two possible protests in Denver in the coming weeks and we will continue monitoring and planning accordingly."

Pazen said law enforcement would notify local businesses should something change. The hope, of course, is that tensions calm.

“Mob violence goes against everything we believe in and everything our movement stands for,” Trump said in a recorded message Wednesday, offering his strongest condemnation yet of the violence and vandalism a full week after some of his supporters stormed the U.S. Capitol. “Now I am asking everyone who has ever believed in our agenda to be thinking of ways to ease tensions, calm tempers.”

RELATED: Here's what Colorado's US Reps said at the Trump impeachment debate