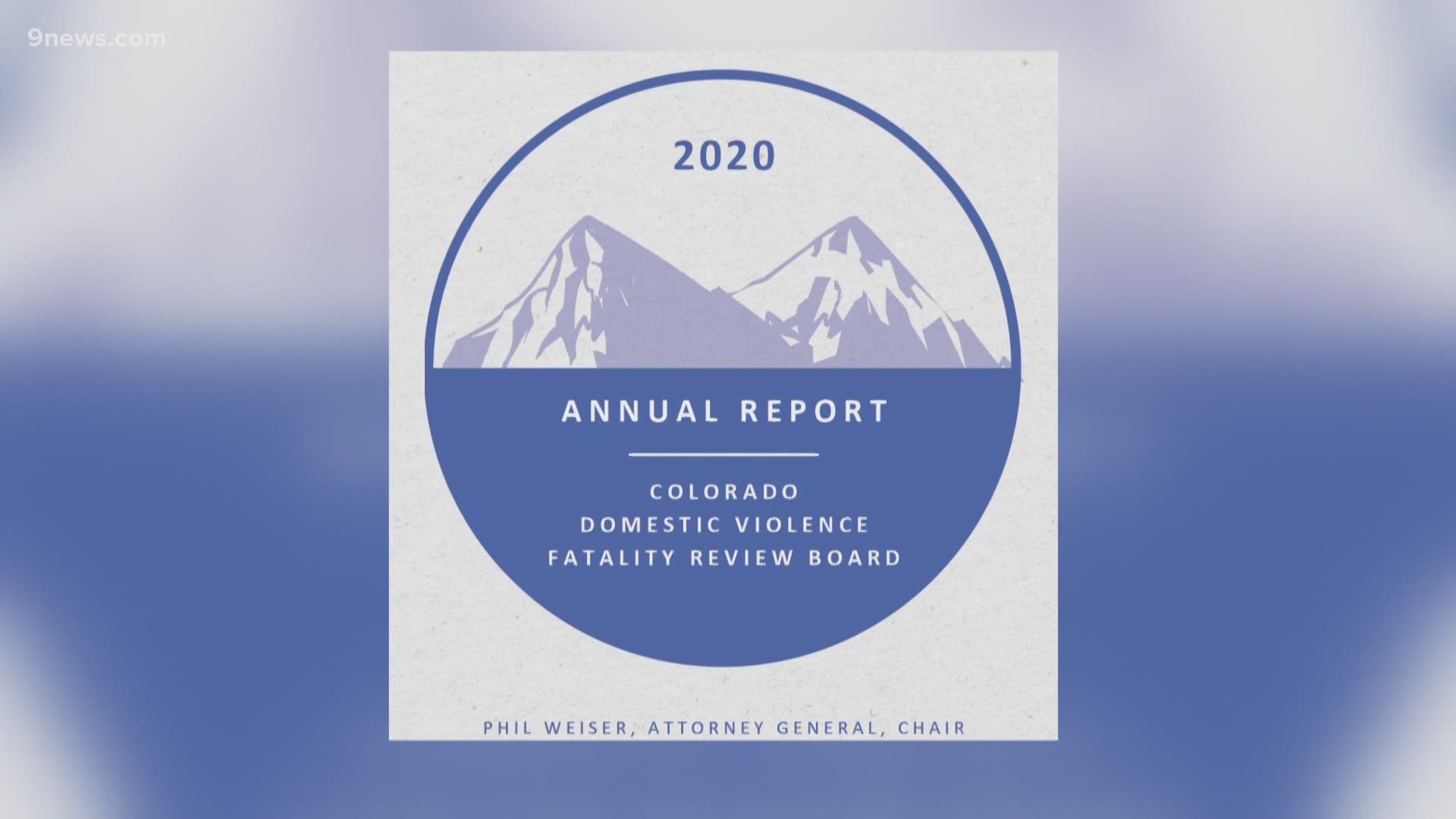 DENVER — A report released Friday by the Colorado Attorney General's office reveals 70 Coloradans died in 2019 as the result of domestic violence, a 62.7% increase from 2018.

"The increase that we've seen from 2018 to 2019 is definitely shocking and very concerning," Jenn Doe, the executive director of the Denver Domestic Violence Coordinating Council told 9NEWS.

Doe believes improved data collection and an overall rise in violent crime can help explain the increased fatality seen in 2019, but doesn't fully "account for this drastic of an increase."

Here are the report's topline findings:

The youngest victim of the year was Ty Tesoriero.

His mother, Jing Tesoriero, told 9NEWS Ty was 10 years old when his father shot him and then himself.

"I mostly noticed domestic violence after the divorce back in 2015. There was a lot of power and control. There were a lot of threats and harassment. I had to move to Colorado because of that with my son, Ty. My ex-husband, Anthony, followed us," Tesoriero told 9NEWS.

Doe, well aware of Ty's case, explained power and control are often part of a pattern in domestic violence.

Even Doe had "a lot of misconceptions about what domestic violence was and what it looked like," before she encountered it herself.

After she separated from her husband in 2006, Doe told 9NEWS he stabbed both her and her best friend, Pamela Ham Gonzales. Doe survived, but Gonzales didn't make it.

"It had not been a physically abusive relationship prior to the separation. It was a lot of jealousy, emotional abuse and controlling behavior. It very quickly escalated to homicidal behavior. I think that showed me this truly can happen to anyone," Doe said. The report makes a number of recommendations to ensure it doesn't.

In the meantime, Doe wants those currently experiencing domestic violence to know there are still services available to them amid the pandemic.

"There are domestic violence advocates providing services over the phone, via zoom and other technologies," Doe said.

She suggests reaching out to one of these service providers: