The drought map for Colorado shows that almost 90% of the state is in a moderate drought. 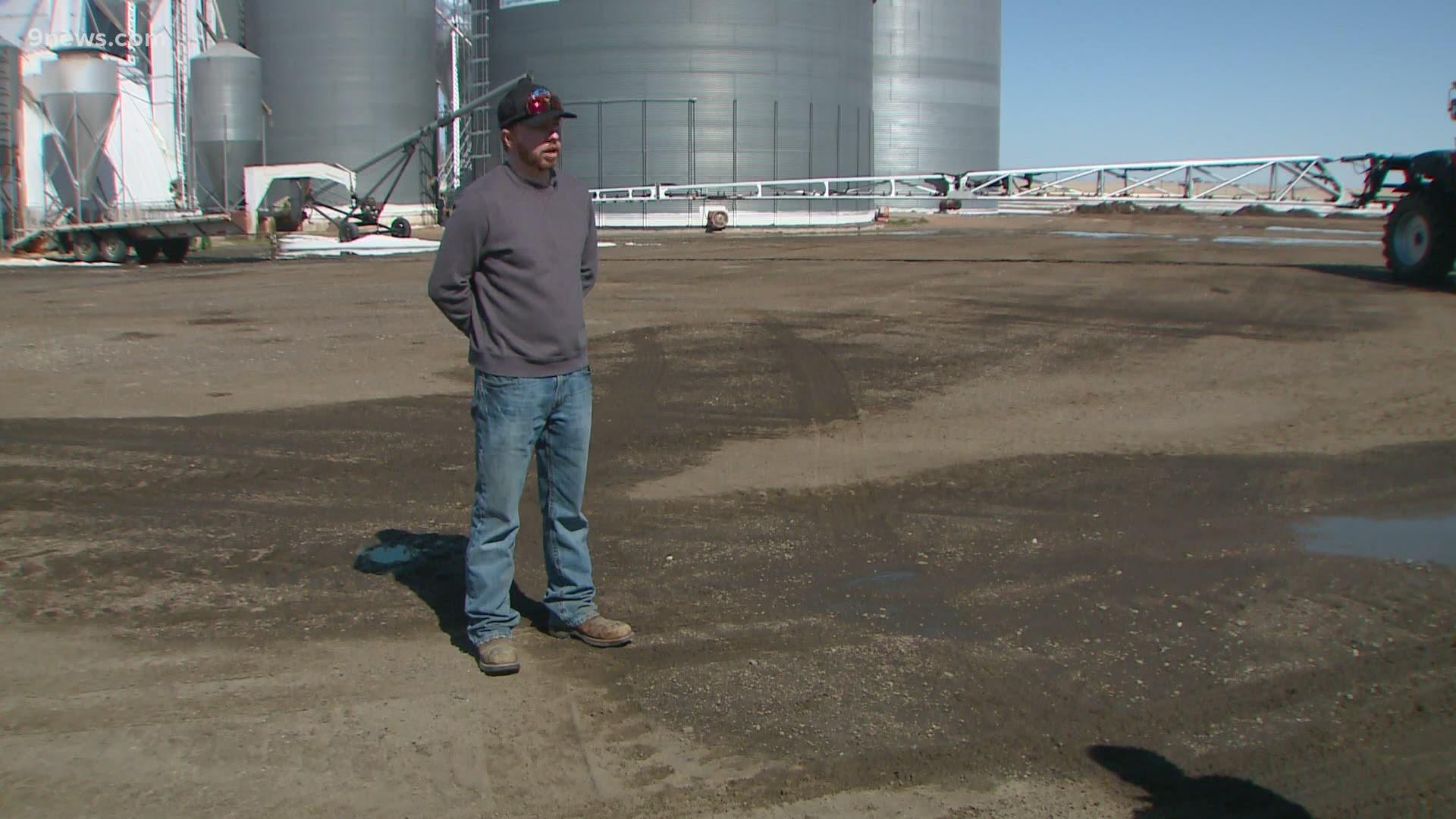 CENTENNIAL, Colo — We’re halfway through April and the longer days are warming up the soil, so Colorado farmers and ranchers are starting to plant.

But a quick look at the drought map for Colorado shows why agriculture producers are concerned for the future of their crops. Almost 90 percent of the state is in a moderate drought.

> Video above from March 19: 'It's been bone dry' | Snowstorm brings much needed moisture to Colorado farmers.

What makes this April stand out is how much land is an extreme or exceptional drought — nearly a third of the state. In the 21-year history of the U.S. Drought Monitor, only Colorado’s 2013 drought shows more D3 and D4 conditions in April.

“It’s unusual for a month like April to have so much D4,” said Richard Heim with the National Oceanic and Atmospheric Administration. “Last year [2020] was very unusual with record heat and record dryness which led to rapid development of D3-D4 across much of the region.”

“It’s not a good sign” that Colorado is going into the spring and summer with this much drought, Heim said.

“If this summer is as hot as it was last summer, it will make evapotranspiration excessive and that will just make drought conditions worse if rain is not sufficient,” Heim said.

For overall drought, this April lands in fifth place for driest in Colorado in the last 20 years. In April of 2002 and 2013, the entire state was in some level of drought.

But a big-picture look at the West shows that this April is the driest.

A major concern for farmers and ranchers

Les Owen, the conservation services division director with the Colorado Department of Agriculture, said the drought conditions are “extremely concerning” for farmers and ranchers.

"Last year during the critical growing times when we needed moisture, there just wasn't much in most areas of the state,” Owen said. “So folks have already been punched in the gut pretty hard from drought."

Colorado’s drought has persisted over the last 20 years, with some scientists calling the shift an emerging megadrought that won’t likely improve with climate change.

“So there's a lot of displaced grazing that, because of the fires and the drought, folks are struggling to find replacement for,” Owen said.

Owen said it’s going to take a few years for that land to heal, but “if it burns and then it’s followed by a long, long period of drought and there’s not that vegatative regrowth to protect the soil, then we run the risk of wind and water erosion.”

Owen is part of the state’s Agriculture Impact Task Force, which he said is focused on gathering information on resources for producers struggling with drought conditions. The Biden administration announced this week the formation of a drought relief working group to address the urgency of the “Western water crisis.”

“Water is a sacred resource. This Interagency Working Group will deliver a much-needed proactive approach to providing drought assistance to U.S. communities, including efforts to build long-term resiliency to water shortages,” said Interior Secretary Deb Haaland in a statement. “We are committed to using every resource available to our bureaus to ensure that Tribes, irrigators and the adjoining communities receive adequate assistance and support.”

Owen is glad to see the creation of a task force like this, which he said recognizes that “water scarcity is a major issue that’s facing folks and it needs some national attention.” A State Senate bill under consideration would create an agriculture and drought resiliency fund, which would help support farmers and ranchers prepare for, mitigate and adapt to climatological disturbances. A State House bill under consideration would create an agricultural drought and climate resilience office in the Department of Agriculture.