Lifeguard Josiah Ross has been trained in CPR for three years. He put those skills to use when a fellow teenager had a medical emergency at the local pool. 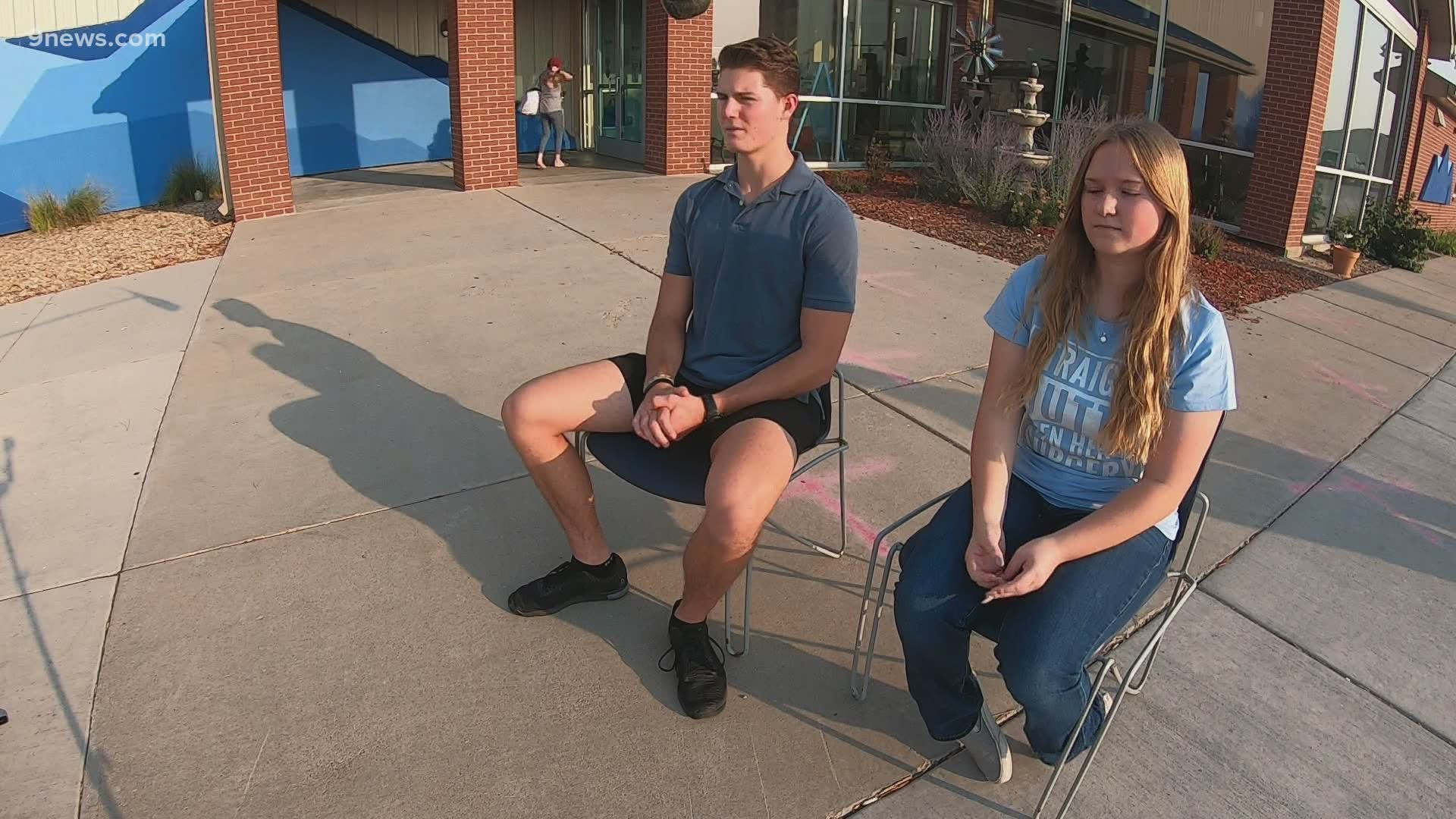 BENNETT, Colo. — Sept. 15 is mostly a blur for Keira Brach. The little she does remember doesn’t stick out.

“I didn’t feel any different than I did any other day, and I don’t remember going to practice," she said.

The 15-year old had a swim practice that day at the Bennett Rec Center.

And while she doesn’t remember what happened during practice or afterward, 17-year old Josiah Ross won’t forget.

Ross was the lifeguard on duty that day, and he jumped into action.

RELATED: This potentially life-saving device mimics the movement of CPR

“I went through motions, checked for pulse and breathing. She had no pulse, she was not breathing. At that point you knew, you had to do CPR,” he said.

Ross says he learned CPR three years ago, when he first became a lifeguard. He credits his summer job at Water World for regular training and practice in the years since.

But this was the first time he’d ever used the skill on a real person in distress.

“At the moment, when you’re going through those motions, you’re just really focused,” he said.

Ross continued the CPR for several minutes until first responders arrived to take over, and whisked Brach to the hospital.

When she woke up, Brach learned she had an undiagnosed heart condition, an “anomalous left coronary artery.” She also learned someone just two years older helped save her life.

“I’m still processing it but, I’m like, still to this day – wow. Like, I was in a hospital, someone saved my life,” she said.

“A human life is a human life,” Ross added. “It's a great feeling.”

Brach is recovering from surgery and returned to school on Wednesday. Her family and first responders formally honored Ross for his swift action in a ceremony last weekend. The Adam’s County Sheriff's Office awarded him with a Life Saving Medal.

Brach, who has been a competitive swimmer for several years, was already thinking about becoming a lifeguard someday. She says this experience convinced her to do it when she turns 16.

Both teenagers hope their story serves as proof that CPR is a skill worth learning.

“It’s a survival skill to learn,” Ross said. “Things can happen in a moment, unexpected things. Truly learning it, remembering how to do it, keeping it back of your mind so when a case does happen you can just work.”

“I wouldn't be standing here today without it,” Brach added. “So it's a very important thing to learn and how to do.”