A single strike of lightning can start a fire at any time and anywhere in Colorado. 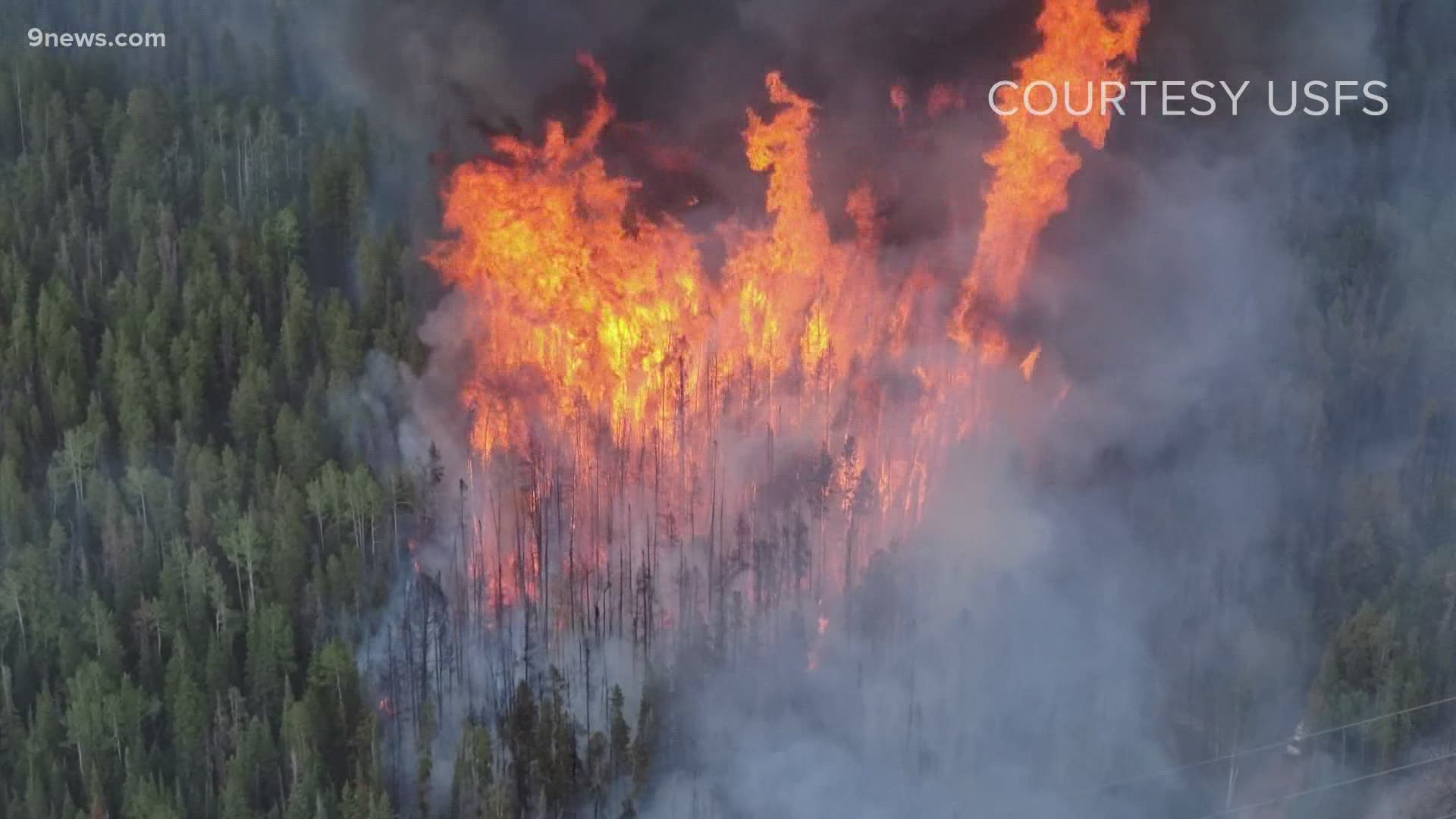 COLORADO, USA — Fire season in Colorado is off to a fast start as nearly a thousand firefighters across the state battle hot, dry conditions and new wildfires starting daily.

As fire bans go into place, lightning is a factor firefighters can’t control. The largest fire burning in Colorado today, the Oil Springs Fire, was started by lightning.

"A single strike of lightning contains enough heat that the fuel doesn’t have to be bone dry," said Einar Jensen, South Metro Fire Rescue Risk Reduction Specialist. "When lightning starts a fire out in a rural setting, out in the woods, they may not be noticed for a while. That fire could have a chance to not just smolder but grow before it’s detected by humans."

The Oil Springs Fire burning south of Rangely has already burned more than 18 square miles in western Colorado and started with a lightning strike less than two weeks ago.

"Regardless of the setting, there’s plenty of fuels in Colorado that can receive a lightning strike and create a fire unfortunately," said Jensen. "The idea that lightning only starts fires in dry areas is a bit of a myth."

While western Colorado deals with the continued impact of a bad drought, dry streaks through much of June have led to fire bans in counties around the state.

While those bans help stop new fires from starting, there are factors like lightning that can't be stopped.

Firefighters from around the region are in Colorado helping local crews battle the flames. At this point, we don’t have a damage assessment to know if any homes or structures have been lost in any of the fires.

RELATED: Here are the Colorado counties with fire bans