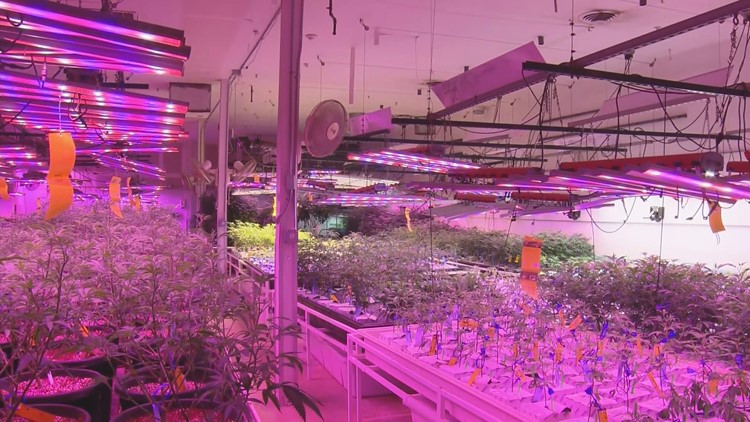 It's part of the Carbon Dioxide Capture and Reuse Pilot Project that was unveiled by Gov. Jared Polis (D-Colorado) on Wednesday. It uses technology from a company called Earthly Labs that aims to collect 100,000 pounds of CO2 each year from Denver Beer Co. and transport it to The Clinic marijuana dispensary to help cultivate cannabis.

“This concept is simple,” Polis said. “By capturing carbon dioxide produced in the beer brewing process and using it to cultivate cannabis, we are helping two industries succeed, reducing emissions that are contributing to our climate emergency.”

Polis said he hopes Colorado will pave the way for other states to reduce their CO2 emissions in a similar way.

“We’re making sure that the cannabis industry is a model of sustainability from an energy perspective, from a recycling and waste-use perspective,” Polis said. “Colorado is playing a leading role in reducing emissions.”

According to a news release from the governor's office, this program is the first commercial exchange of CO2 of its kind.

“We know that the nation is watching Colorado to see how cultivators of legal marijuana handle our responsibilities to our customers, our community and our planet,” said Brian Cusworth, director of operations for The Clinic. “We’ll demonstrate how an ethical, civic-minded cannabis industry can make a difference while still engaging in smart business practices.”