Her son was 27 when he was found dead of a heroin overdose near the Cherry Creek bike trail in Denver. 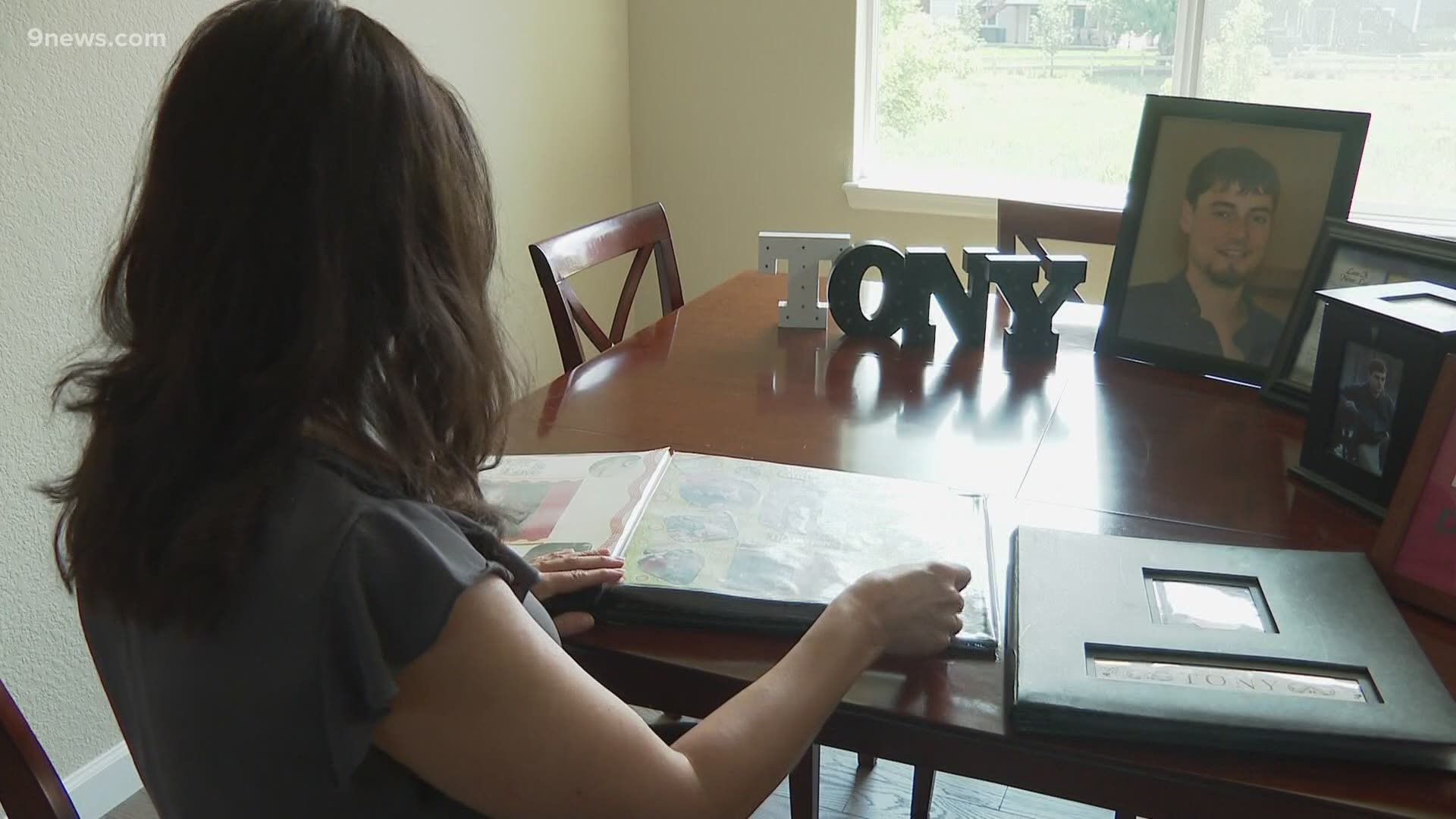 PARKER, Colo. — Joelle Fairchild has photo albums and memories to remind her of her son Tony.

He died from a heroin overdose when he was 27, and was found by a stranger while he was leaning against a tree on the Cherry Creek bike path at Speer Boulevard and 14th Avenue.

“It was a really warm day the he passed, it was in October and yeah, there were so many people who had to have seen him,” said Fairchild, a Parker resident.

Fairchild thinks of the people who still choose not to see the problem of the opioid crisis nearly six year’s after her son’s death.

“When it comes to substance abuse, people are not as loving and not as giving and don’t want to help unless you’ve been personally impacted by it,” she said.

When Fairchild heard the news of the $4.3 billion settlement with the Sackler Family and Purdue Pharma for their role in the opioid crisis, she didn’t blink.

“Money means nothing to me because money will not bring back my son,” she said.

Colorado will receive $50 million of that to go toward addiction treatment and prevention, and Fairchild knows money can help with more resources, but she believes a cultural mindset shift is needed too.

“People tend not to want to help because they do think it’s a lack of willpower,” she said. “And they don’t understand that it’s a disease.”

At the end of one photo album is a page with the obituary for Tony.

She hopes parents that never had to end their albums like that will fight against the opioid crisis with her.

“And I cry every day,” she said. “There’s not a day that goes by that I don’t cry. Every minute I think of him.”