These kids did not disappoint. 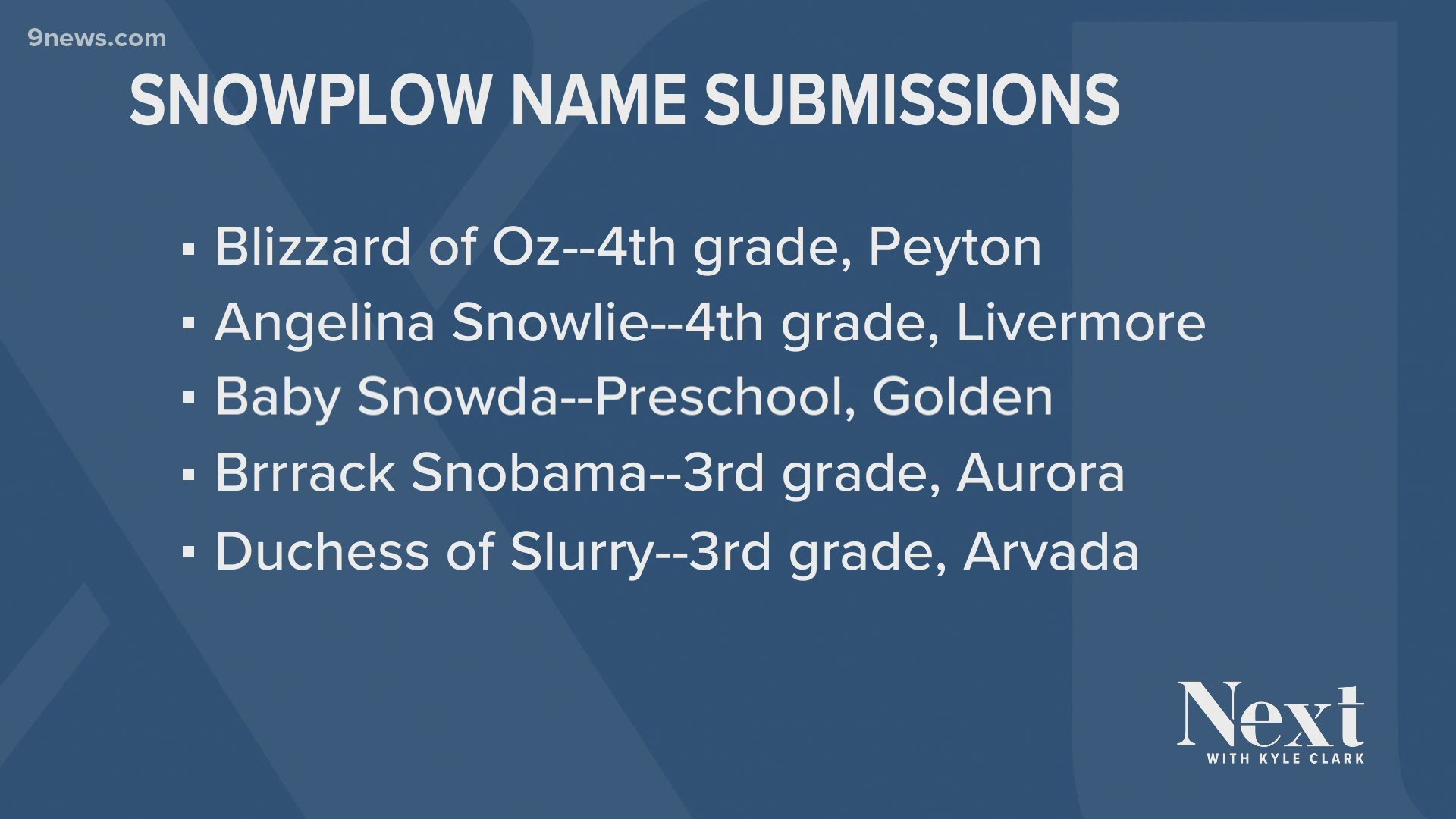 DENVER — When Colorado gave kids the chance to name 19 of the state’s snowplows, there was no telling what the suggestions might be.

Minnesota had just asked students there to do the same thing, and the winning names ranged from “Plowy McPlowFace” to “The Truck Formerly Known as Plow.”

While Colorado has not yet announced its finalists, the state has hundreds of options to choose from -- and these kids did not disappoint.

According to a list from the Colorado Department of Transportation (CDOT), the submissions include:

"Sugar, Spice and Everything ICE"

"Abolish ICE" was the second most popular suggestion when Minnesota renamed its plows. Reports there said the state threw out the name idea for being too political.

Elementary school students who wanted to submit a name idea had to get it to the state by late March. The plan was to have the winners announced by early May. CDOT said they expect to share the winners sometime soon.

The plows will be decorated with their official names by the fall.

Colorado already has one named plow that goes by "Unsinkable Molly."

RELATED: CDOT wants someone to adopt and preserve this historic bridge