One bill that caught the attention of many in agriculture, was SB 21-087, which among other things, allows agricultural employees to organize and join labor unions. 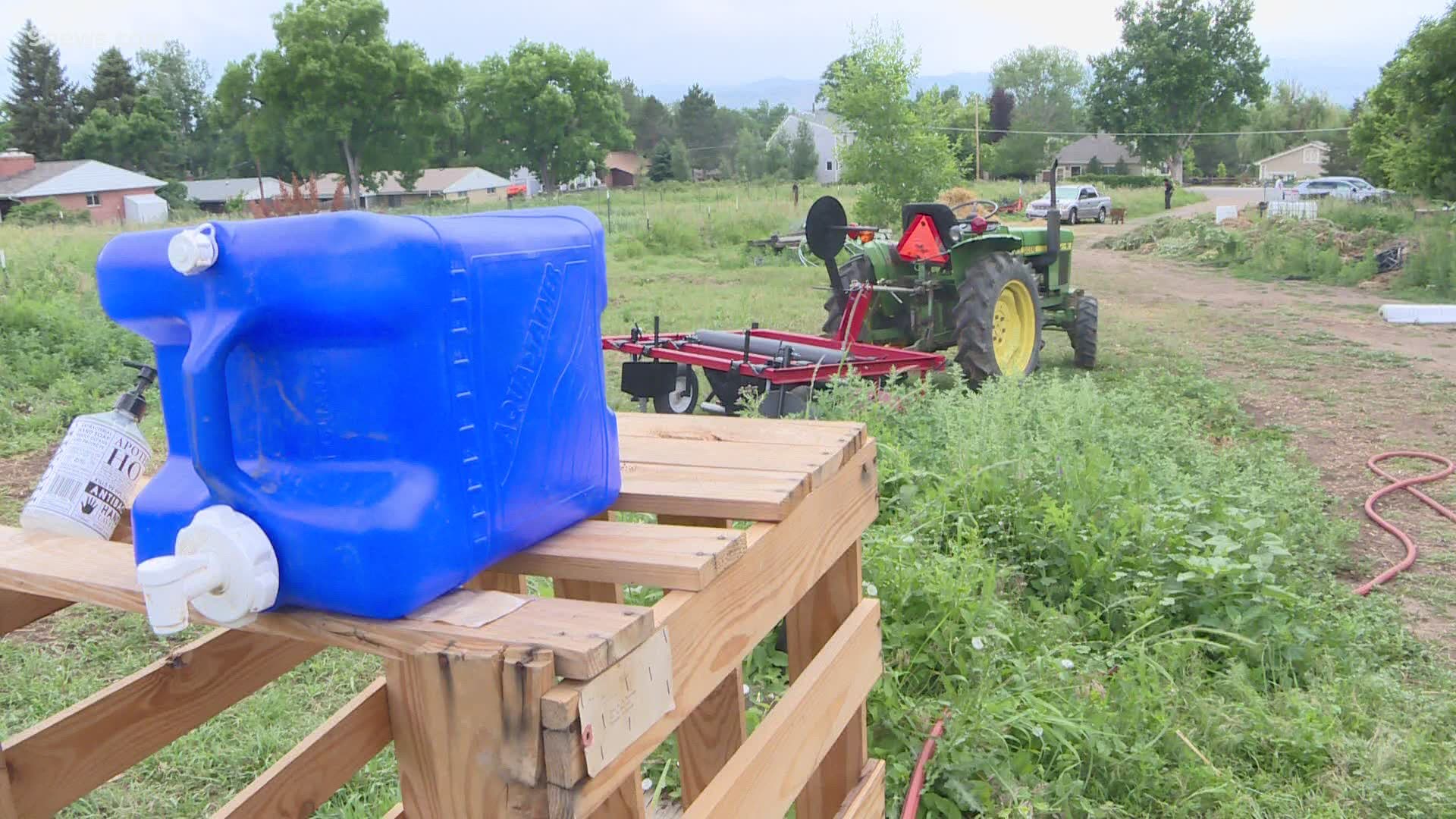 ARVADA, Colo. — Over the last week, several bills related to agriculture in Colorado were signed by Governor Jared Polis, and they're expected to impact workers, and the industry as a whole for years to come.

One bill that caught the attention of many in agriculture, was SB 21-087, which among other things, allows agricultural employees to organize and join labor unions and adds protections for those workers.

"This was a really big week in Colorado," said Fatuma Emmad, the head farmer and co-founder of Frontline Farming in Arvada. "...really, a legacy of almost one hundred years that that is beginning to be undone."

While she along with other advocates for agriculture workers feel that these bills are a win, others in the industry are concerned that the impacts may not impact everyone positively.

Explaining SB 21-087 and the other signed bills

One of which authorizes agricultural employees to organize and join labor unions.

The bill also removes the exemption of agricultural labor from state and local minimum wage laws, and requires the director of the Division of Labor Standards and Statistics to establish overtime pay of agricultural employees who work more than 40 hours a week or 12 hours in one day.

According to the bill text, the rules regarding overtime pay have to be adopted no later than January 31, 2022.

During something like a public health emergency, agricultural employers are required to provide extra protections and increased safety precautions for employees.

When it comes to safety regarding tools, this bill prohibits the use of the short-handled or long-handled hoe for agricultural labor.

This bill also creates the agricultural work advisory committee, which will study and analyze wages and working conditions, among other things.

Other bills that were signed Tuesday included SB 21-248, which creates the Colorado agricultural future loan program in the Department of Agriculture.

SB 21-1262, which creates a program in the Department of Agriculture to provide COVID-19 relief payments to agricultural events organizations, was also signed.

Standing before acres of growing vegetables, and a coop filled with chickens, head farmer, co-founder and executive director of Frontline Farming, Fatuma Emmad, explains that she believes SB 21-087 signs laws for agriculture workers years in the making.

"This bill isn't about economic arguments against employers or farmers, but about just basic human rights and raising people up and acknowledging their dignity and that work they do and in that work that they, like other domestic workers, have bravely done during this pandemic," she said. "And so I think that Colorado should be proud of passing this and beginning a road towards undoing this almost hundred years of exclusion of this very vital part of our communities and our bellies and just our food systems."

Emmad, a supporter of the bill, is also the co-convener for Project Protect Food Systems Workers, and the President of Mile High Farmers.

"This bill is seen as being so large and comprehensive, but the reality is that this bill starts to bring in ag workers into the basic protections that all other employees receive," she said. "It's our responsibility in these times to fix and bring those things into alignment and understand that those communities make up our rural spaces.

"Our rural spaces are not just white. Our ag workers are the people that are out there working and recognizing that when we invest in them it's also an investment back in our rural communities."

How other groups feel about the bill

Talbott is also the farm manager at Talbott's Mountain Gold.

He explained that one concern they have is with the rules of overtime in the bill.

"It makes it to bring in overtime in a business that is already seeing a tradition that is already struggling to stay solvent and healthy, will make it harder for both people to stay in it and for young people to come into it," he said.

Another concern is the prohibition against the use of the short-handled or long-handled hoe for agricultural labor.

"Another one of our challenges is that the idea of micromanaging the tools that are available to agriculture and you know, I'm in the tree fruit industry, which is a little less sensitive to some of the short-handled hoe and other restrictions that are being thrown in our direction," he said. "But, you know, next it's the, 'we can't use ladders' and then 'we can't use shears' and before long 'we can't farm.' So I really think that employees and the industry are much better able to determine what works and what doesn't than ideologues in the city."

Overall, he says it's hard to say what the true impact SB 21-087 will have on the industry as a whole.

"We feel that it is less damaging than it could have been," Talbott said.