Mesa County will not only get new Dominion Voting Machines, but the contract to keep Dominion is now extended through 2029. 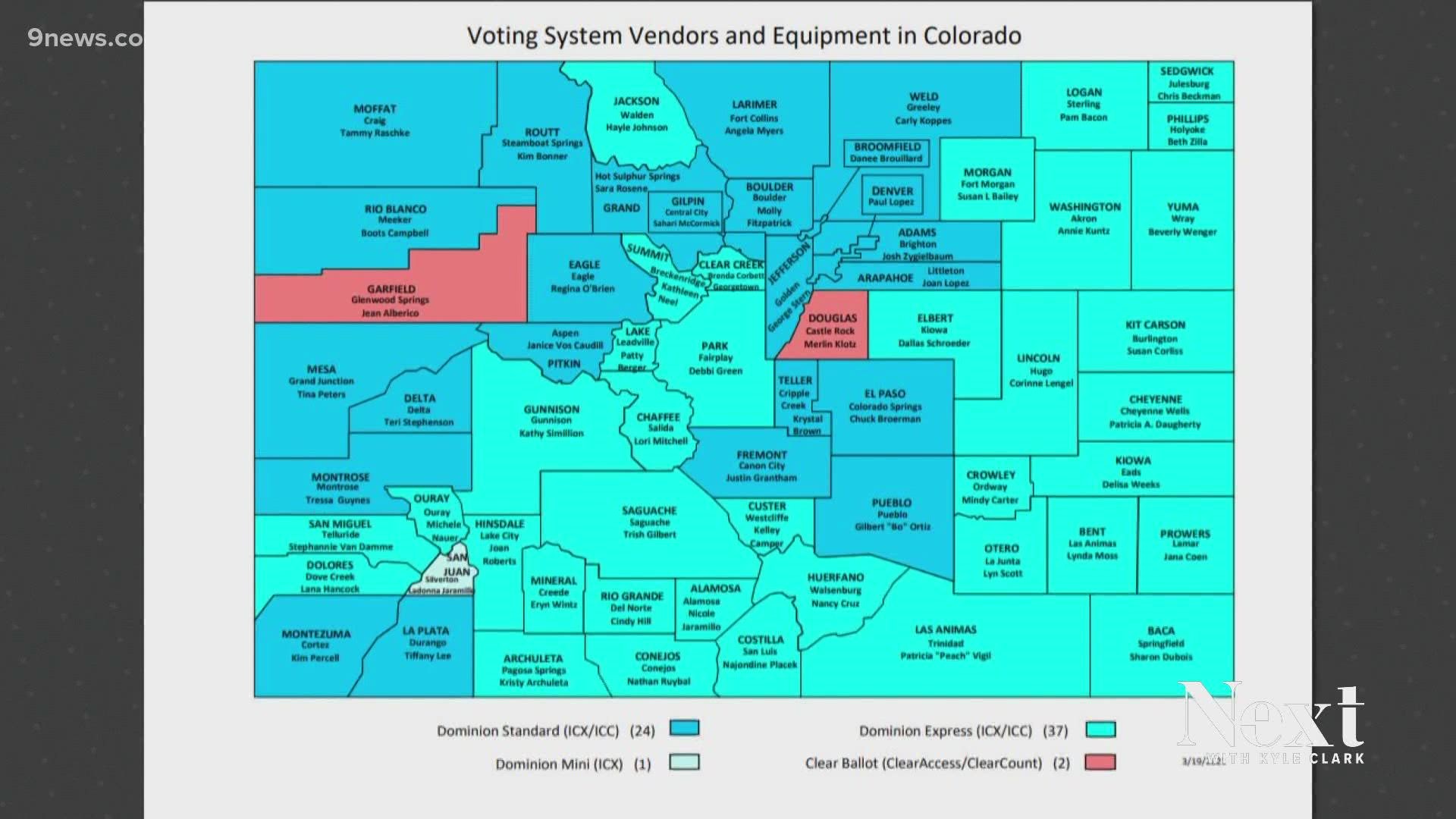 The three Republican Mesa County Commissioners voted to get new Dominion machines, extend the service agreement for eight years and purchase a "Dominion Ballot Audit Review" service for $3,300 per election.

That ballot audit review will result in each ballot getting scanned, so it can be viewed by anyone online.

The ballot is shown on the right side, and the candidate and/or issue that was voted on is shown in larger form in the main part of the screen. This way, you can verify that a ballot was counted correctly.

"You all can see every ballot cast and count them yourselves," said Commissioner Janet Rowland (R).

Remember, your name is not on your ballot. Your ballot has bubbled in choices for candidates and issues. Your envelope has your name on it, and gets scanned when you turn in your ballot. Once your envelope is scanned, to indicate that you turned in a ballot, it is separated from the ballot and no one knows which ballot belongs to which envelop.

In 2020, El Paso and Pueblo Counties participated in a pilot program of the ballot audit review. Follow this link to see the Pueblo County ballots from 2020.

While Peters, and just about every public speaker at Tuesday's Mesa County Commission meeting, believe Dominion machines are no good and lead to fraud, the three Republican commissioners kept Dominion because of familiarity and cost.

"I'm here to tell you, it's getting to where we don't even trust you anymore," said Dusty Higgins during public comment.

In Colorado, 62 counties use Dominion machines. Two counties, Douglas and Garfield, use Clear Ballot. According to the commissioners, it would have cost more than twice as much to break the contract with Dominion and switch to Clear Ballot.

"Contracts are broken all the time. You know, that's not in my moral fiber," said Commissioner Scott McInnis (R).

"I voted for (Clerk Tina Peters), and you know how her votes were tabulated? With Dominion machines," said Rowland.

When one person asked the commission why new Dominion machines were needed at all, Rowland flipped the script.

"I'm just going to be honest. I voted for Tina (Peters), I supported Tina (Peters) even through the recall attempt, but if a Democrat clerk had shut off the cameras before bringing in an unauthorized person, not only would you demand the machines be thrown out, you would demand the clerk's resignation," said Rowland.

McInnis said he had heard from Peters through a third party, but assumed based on the comments from the public, that some in the crowd know how to talk to her directly.

"I'm asking you, call Tina (Peters), tell her to come out of hiding, to come home," said McInnis.

He said the county could provide security for Peters if she's receiving threats.

Peters has not been seen in Mesa County since she attended the South Dakota conference held by My Pillow founder Mike Lindell, where they discussed election fraud without providing proof. Lindell has said that he is hiding Peters, who is being investigated by the Mesa County District Attorney's Office and the Federal Bureau of Investigation.

RELATED: Both picks to run Mesa County's next election say they'll work together