Marisa Mostek has made it a regular tradition to climb the Second Flatiron in Boulder with a furry friend. 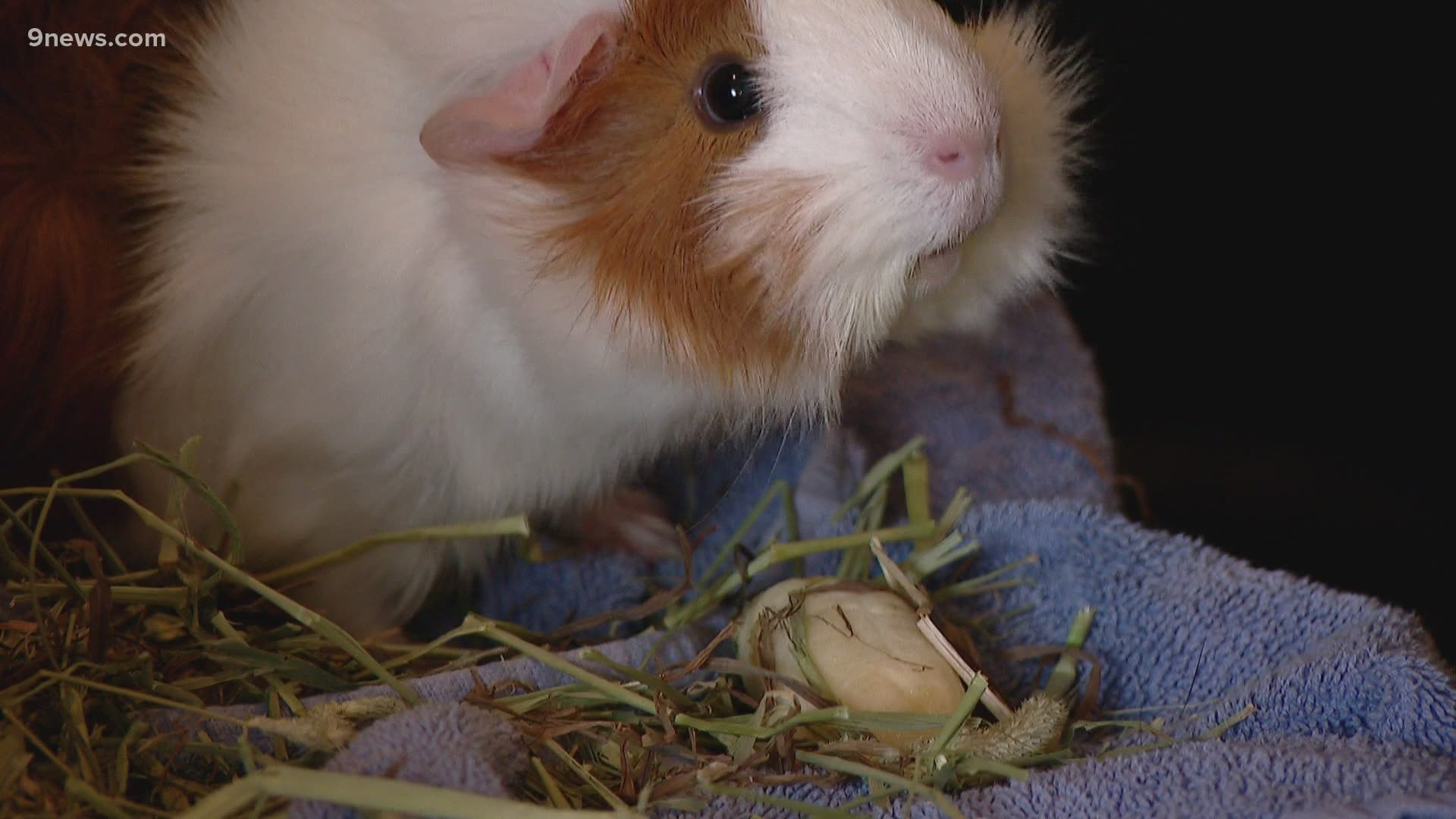 BOULDER, Colo. — The strums of a guitar filled Marisa Mostek’s living room on a rainy Sunday afternoon. It was the perfect kind of weather to serenade a guinea pig.

“Who am I going to hold?” she asked aloud. This was the first time she was serenading Dave, her black and white guinea pig, but indeed he was not the first pig she has sung to.

The first few lyrics of Eric Clapton’s "Wonderful Tonight" filled the room, but before Mostek could get to the chorus, Dave made a run for it. He hopped off the couch and landed abruptly on the floor.

You couldn’t help but laugh at the misfortune, but for Mostek it was a harsh reminder that this would be easier if Gandalf were here.

“He got spine cancer and started having seizures, and I was like, 'I can’t let him keep going on like this,' so that was rough,” she said when recalling the tough decision to put him down.

Mostek gladly admits that Gandalf was her favorite, and before his death, he left Mostek a parting gift.

“She is pregnant by Gandalf,” she said while picking up her other guinea pig, Penelope. Mostek was expecting her to give birth in the coming days.

Penelope’s current condition was the reason why Mostek showed up at Chautauqua Park four days later with Dave, her extra-large guinea pig, ready to take on her regular ritual.

“I mean, I’m not that big of a fan of Dave, but he’s what I’ve got right now,” she said as they began their hike. Dave, who is Gandalf's son, was recently given back to Mostek when his owner moved to Hawaii.

“Dave’s OK and all," she said before being stopped by another hiker. "No offense Dave, but ya know Gandalf and Fili were my two favorites out of the, I don’t know, 30-plus that I’ve owned in the past six years or so.”

RELATED: Nest-wrecking Standley Lake eagle now a mother (and the father is the man she stole)

Mostek said she gets a lot of attention. People do double-takes trying to figure out what on earth the young woman is holding.

“Is it a dog? Is it a cat? Gerbil? Hamster? Mouse?” she rattled off the questions. “Just got ferret for the first time.”

Every few minutes, she stopped and told someone why she was climbing up a mountain with a rodent in her hand.

It was peculiar, but what was more peculiar was what she planned to do when she got to her destination.

The Second Flatiron, that is. Mostek had free climbed the Flatiron more than 200 times, most of them with a guinea pig in tow.

Before Mostek began her climb, she had one last thing to do. She unzipped her backpack and pulled out a clear Ziplock bag.

“Gandalf’s ashes. I don’t know where to put them,” she said while picking up a rock and beginning to dig a small hole. “I like to put them by a plant because I feel like it contributes.”

Before starting the climb, Mostek threw a carrot into the top of the pack for Dave. The adventure took about 25 minutes for the avid climber. At the top, a group of men from Ohio greeted her and gushed over her guinea pig.

“Honestly, there are some days that I’m so antisocial that I will keep the guinea pig in the pack the whole time because I don’t want to deal with it,” Mostek said. This was not one of those days. Mostek shared the story of Dave and Gandalf and her love for climbing with a partner that never makes a fuss.

She snapped a photo with Dave and the view from up top.

“I don’t know, whatever, this was good,” she said before started her descent back into reality.

Mostek has also written a children’s books about her guinea pigs on sale at Amazon.com.

RELATED: After accident, dog adapts by learning to walk on hind legs