An attorney for Ethan Orr says the 16-year-old was wearing a blood glucose monitor taped to his arm when he was disqualified from the state championships. 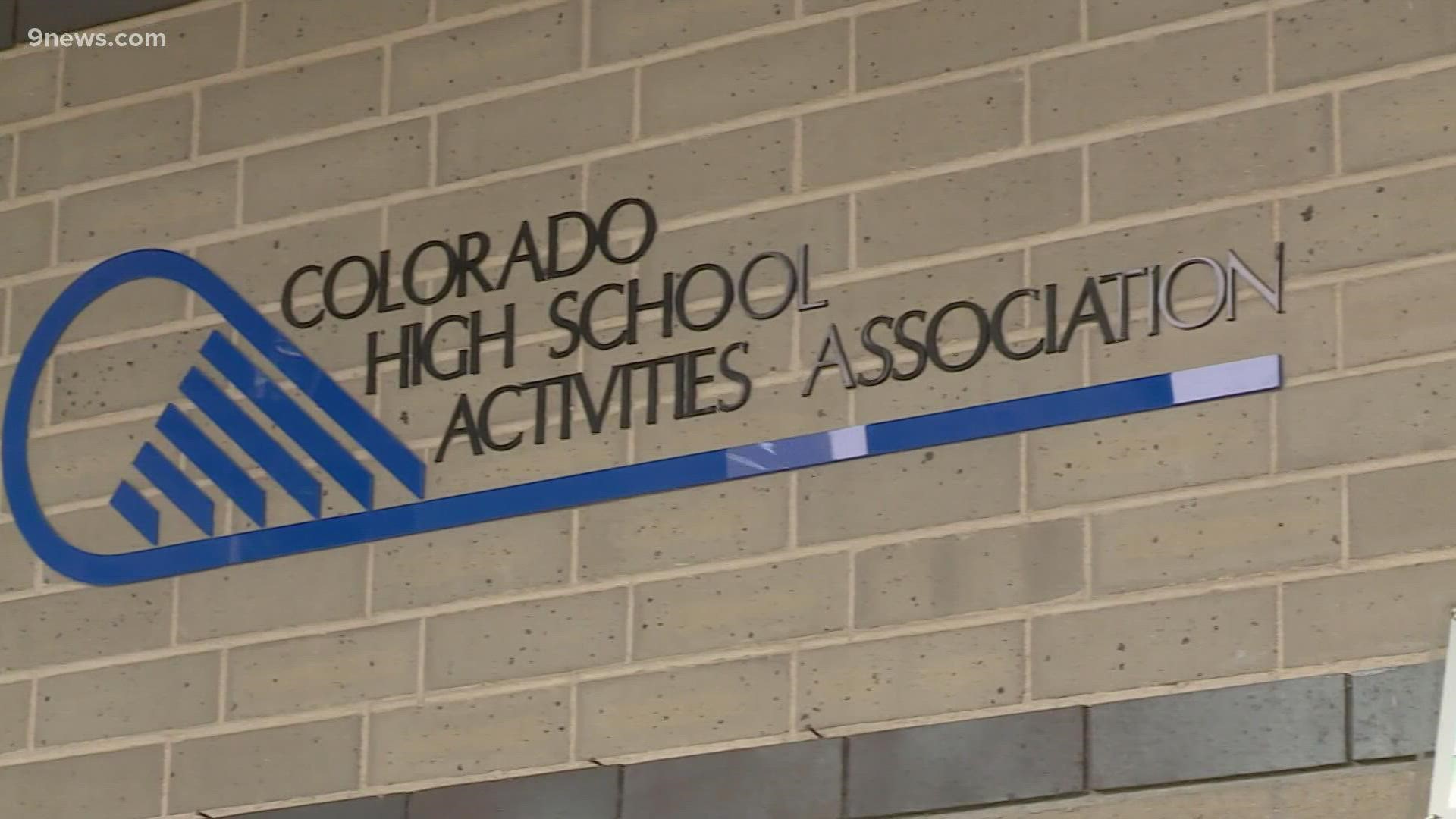 COLORADO SPRINGS, Colo. — A discrimination complaint against the Colorado High School Activities Association (CHSAA) has been filed with the U.S. Department of Justice for allegedly disqualifying a student for wearing his blood glucose monitor, according to a lawsuit released Monday.

Ethan Orr is a 16-year-old swimmer at Coronado High School in Colorado Springs. Orr and his teammates qualified this year for the CHSAA state swimming championships.

According to his attorney, Igor Raykin, Orr wore a blood glucose monitor taped to his arm during seven prior matches, including the one in which his team qualified for the state championships, and it was never a problem until this year's state championships.

“This is yet another in a long line of discriminatory actions that CHSAA has engaged in against Colorado kids with disabilities,” Raykin said. “This kid already has challenges because he’s a Type 1 diabetic. He doesn’t need to have his life made more difficult by CHSAA."

According to the lawsuit, during the state championships, a CHSAA referee told Orr and his coach that Orr would not be allowed to swim in his last race because of his glucose monitor and tape.

Because of the referee’s decision and Orr’s inability to swim with his 400-yard freestyle relay team, Orr and his entire team were disqualified. Orr's coach tried to work this decision out with CHSAA, but according to the lawsuit, he’s been ignored.

“This is simply blatant discrimination against a kid with a disability, and it led to unnecessary and unfair consequences to him, his teammates, and the school,” Raykin said.

CHSAA made the decision to disqualify Orr despite the fact that it has not proved that Orr violated a single CHSAA rule, the lawsuit reads. CHSAA rules stated that tape cannot aid “speed, buoyance or body compression” cannot be excessive and cannot be used to “treat” a medical condition, continued the lawsuit. None of those rules applied to Orr, the lawsuit says.

“CHSAA’s harsh decision-making is a threat to all Colorado kids, and especially to kids with disabilities," Raykin said.

According to the lawsuit, Orr is protected under two federal laws – the Americans with Disabilities Act (ADA) and Section 504 of the Rehabilitation Act of 1973.

Ethan requires constant glucose monitoring, so a monitor is attached to his arm. He has to cover it with additional tape when he swims.

“I knew I’d have to fight my disease to swim, but I never imagined I’d have to fight discrimination to swim,” stated Orr in the lawsuit. “If I didn’t have diabetes, the team wouldn’t have been disqualified from the last event of the meet.”

CHSAA has received requests for comment regarding a complaint filed with the DOJ alleging discrimination on the basis of disability. CHSAA received a copy of the complaint yesterday afternoon and I am reviewing it. It is not our policy to respond to inquiries regarding filed complaints, however, given the misleading and inflammatory statements of the student’s legal counsel, there are certain facts you need to be aware of.

During the 2020-21 state swim championship, a referee noticed the student had a strip of tape on his arm. The referee asked the student if he had the necessary signed medical authorization letter as required under the National Federation of High Schools 2020/21, Rule 3-3-5 that applies to all participants. The rule specifies that tape may be used by a participant to treat a documented medical condition but the referee must be presented with signed documentation from a health care professional that certifies it is safe for the student to participate with the device attached. All coaches were informed of this requirement through multiple CHSAA notices.

The student did not have a signed medical authorization, and the referee advised him that he would not be able to compete in his final event, the 400 free relay. This decision was required by the rules of the NFHS that govern all participants equally and had nothing to do with the student’s disabilities

The referee also informed the coach of the decision. The coach stated that he had other athletes available for the event and the event proceeded with an alternate participant. Neither the student nor the team were disqualified. The team competed but was subsequently disqualified for an early takeoff completely unrelated to the matter of the student in question.