The Bureau of Land Management captured about 80% of the herd in northwestern Colorado and will put them up for public adoption. 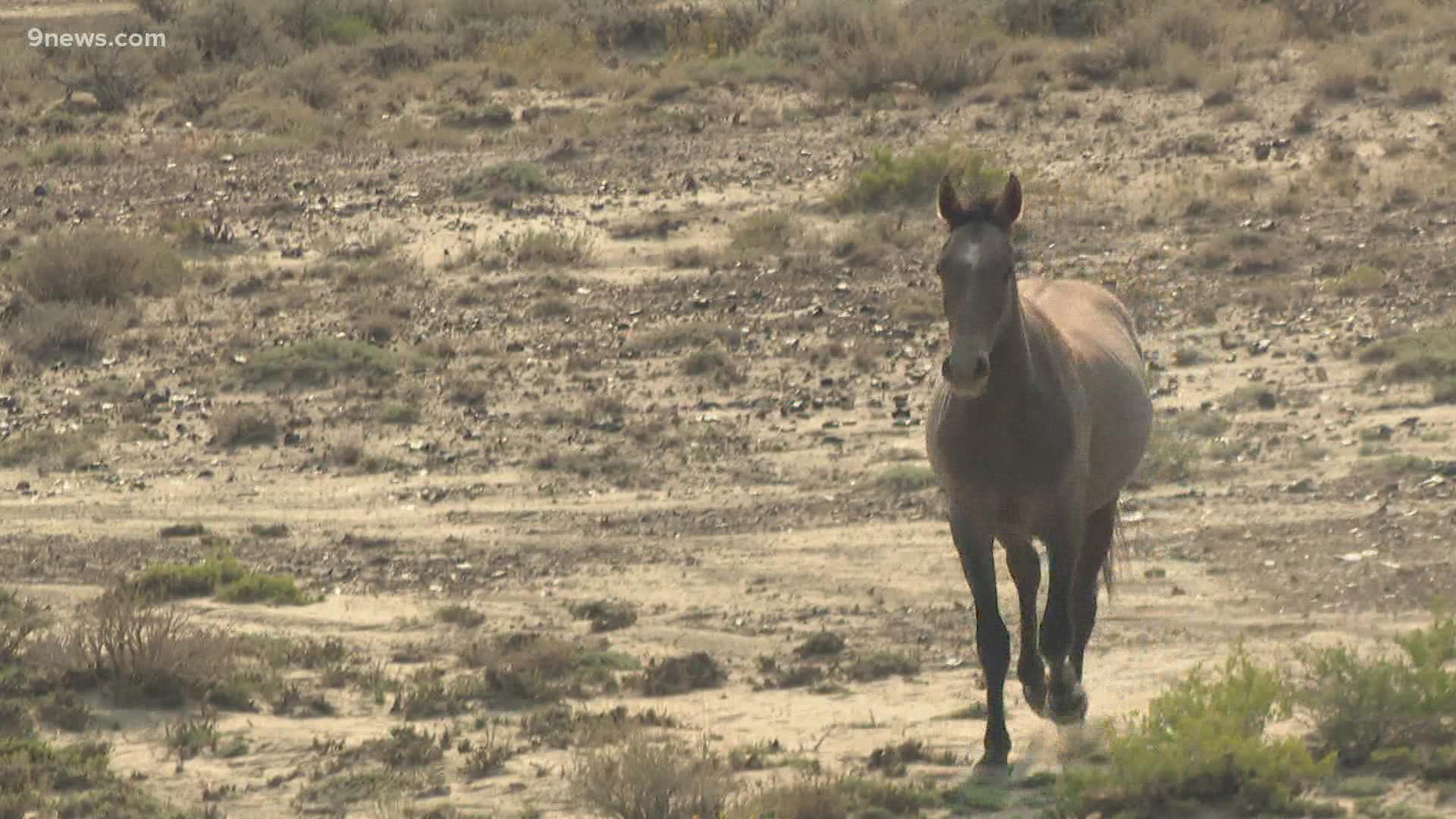 MOFFAT COUNTY, Colo. — After watching 12 days of the round-up of wild horses in and around the Sand Wash Basin, Meg Frederick said she wonders what's next for the animals and Moffat County.

"It's a spiritual place out here, and the reason that it's spiritual is because of the wild horses," Frederick said.

She's a wild horse advocate who has spent years documenting the herd in the Sand Wash Basin, about an hour west of Craig.

"We’ll probably never see a horse in this area because they’re taking all of them from this area," Frederick said.

The Bureau of Land Management is reducing the herd of about 900 by about 80%. Starting on Sept. 1, the BLM hired contractors to use helicopters to drive horses into trap zones.

The BLM states that 684 horses were captured. After a genetic analysis to leave behind a diversified herd, 50 of the captured horses were released back into the wild.

Kleinschnitz is director of the Moffat County Tourism Association. He said the lure of the wild horses is part of a $30 million economic impact for local businesses.

"For tourism, it would be harder to find horses in the future," Kleinschnitz said.

Though it might be harder, Kleinschnitz said, the message to prospective visitors stays the same.

"They're part of the American West," he said. "They're protected out there, and we will continue to let people know about that resource."

"They'll never come back," she said. "They'll never give another dime to Craig because the town of Craig did not fight at all for us, and we bring a lot of money into that town."

Kleinschnitz said he understands the frustrations but knows it is a tough balance between preserving the herd and caring for the Sand Wash Basin, which has been dealing with prolonged drought conditions.

The captured horses will be put up for public adoption at a facility in Canon City.

"After they leave here, we don't know what's going to happen," Frederick said.

Jason Lutterman is with the Wild Horse and Burro Program, which is offering a $1,000 incentive to people who can adopt.

"To adopt a wild horse from the Bureau of Land Management, you have to go though a robust adoption application process," he said.

"That's why the Bureau of Land Management does what we can within the adoption period to make sure that these animals are going to good homes from the onset so that we put them on a good pathway," Lutterman said.

Frederick said she believes some of these previously wild horses will end up sold to slaughter.

"A lot of [the adopted horses] will have very bad lives, and as soon as [the new owners] get that incentive, they have no incentive to keep the horse," Frederick said.

Lutterman acknowledged it is a problem, but the BLM can't do anything once the horses become private property.

"Well, we never like to see that happen," he said. "Our goal is to always put these animals into long-term forever homes, we like to call them. That's why we have these safeguards in place."

The BLM plans to control future growth of the wild horse herd by using fertility controls. To find out more about the adoption process through the Bureau of Land Management, you can click here.