The fan's voice could be heard on the televised broadcast of the Rockies' game against the Miami Marlins Sunday. 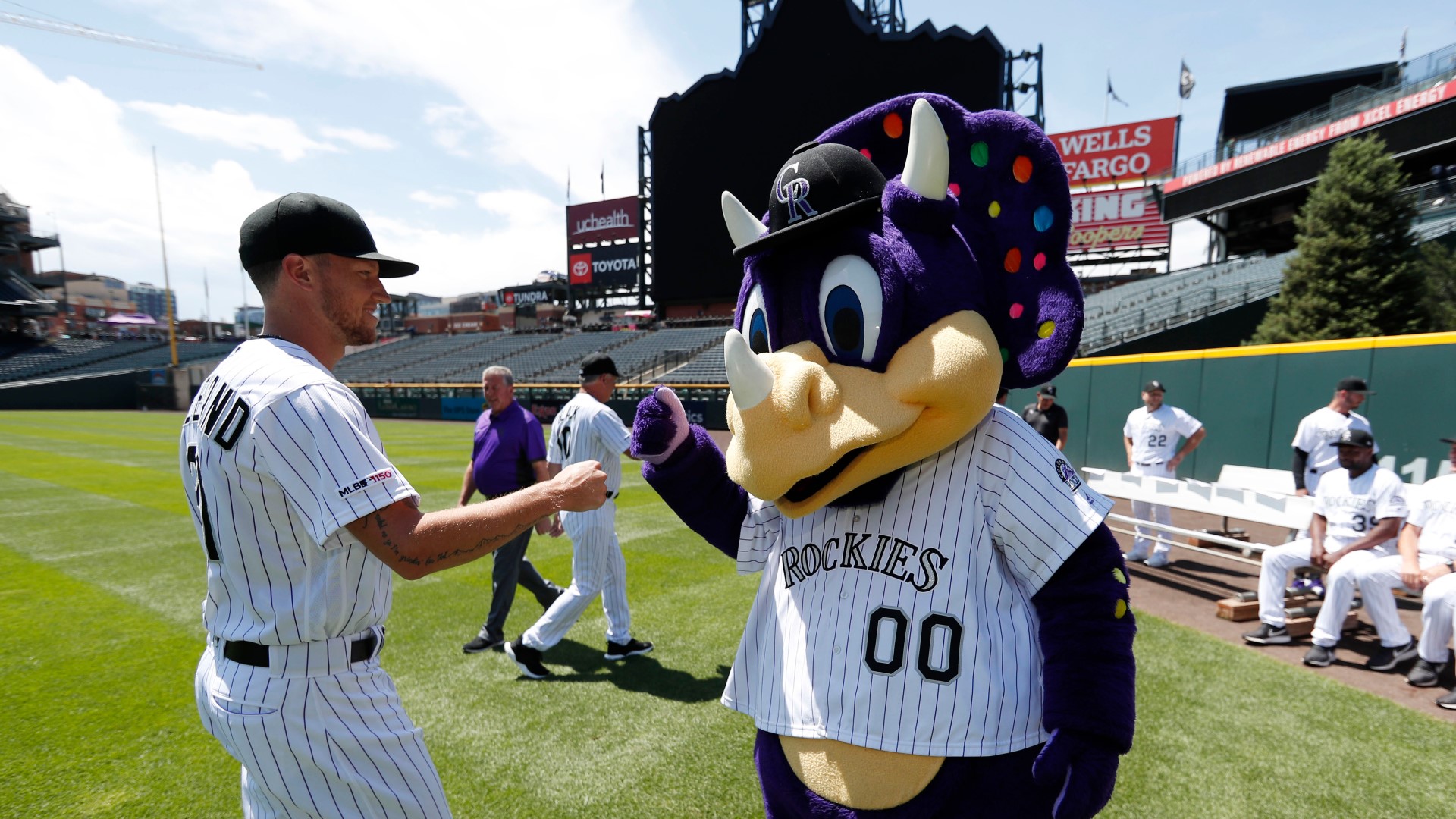 DENVER — The Colorado Rockies confirmed to 9NEWS on Monday that an investigation into a fan allegedly shouting the N-word at Sunday’s game against the Miami Marlins found the fan was actually trying to get the attention of the Rockies mascot, Dinger, shouting that name.

The fan’s voice, captured over TV broadcasts for both the Marlins and the Rockies, quickly went viral as many people, including the Marlins' broadcaster, believed the fan used a racial slur directed at Lewis Brinson, an outfielder for the Marlins.

Video from the broadcast shows a fan near home plate waving to screen left, appearing to yell something. Dinger, the dinosaur mascot for the Rockies, is seen in the top left corner of the screen.

Cory Little, spokesman for the Colorado Rockies, said the team spoke to the fan Monday morning, who confirmed he was trying to get the mascot’s attention to take a photo. Little said the organization worked with AT&T Sportsnet, the local broadcaster for the game to determine which microphone picked up the comment, then confirmed via video this was indeed the fan.

Little also confirmed that no one on the field, including umpires and players, heard a vile comment.

NEW: The Rockies tell me last night’s incident was a fan shouting to get the attention of the Rockies mascot Dinger, not a racial slur. The Rockies have spoken to the fan who confirms this is the case. They’ve also reviewed video from the local broadcast. #9News

9NEWS spoke to the fan in the video by phone this morning. The man didn’t want his identity shared for fear of retaliation by those still angry about the situation on social media

The fan told 9NEWS reporter Steve Staeger he was at the game with his grandkids and wife. He said when he spotted Dinger in the ninth inning, he was trying to get the mascot’s attention to get a photo with his family. He said he shouted the name several times, but before he knew it, the game was over and Dinger was headed to the field.

He told 9NEWS he didn’t learn about the controversy over the video until Monday morning, when his daughter called him. She had given her dad the seats for Sunday’s game. His daughter said the Rockies called her about the situation.

According to Little, the president of the team has spoken to the fan several times.

On Sunday night, the Rockies tweeted a statement condemning the racial slur, vowing a full investigation into the incident, and promising to ban the fan from Coors Field. The team hasn’t publicly amended that statement with this new information, other than confirming the details of the investigation to 9NEWS and retweeting an MLB.com reporter who confirmed this reporting.

A statement from the Colorado Rockies regarding the racial slur incident at the end of today's game: pic.twitter.com/85uN3f1pFZ

RELATED: Teacher wants district to end use of the 'N-word' in schools