Sheriff Tony Spurlock said the software from Zencity doesn't spy on people but helps his department better communicate with people in the community. 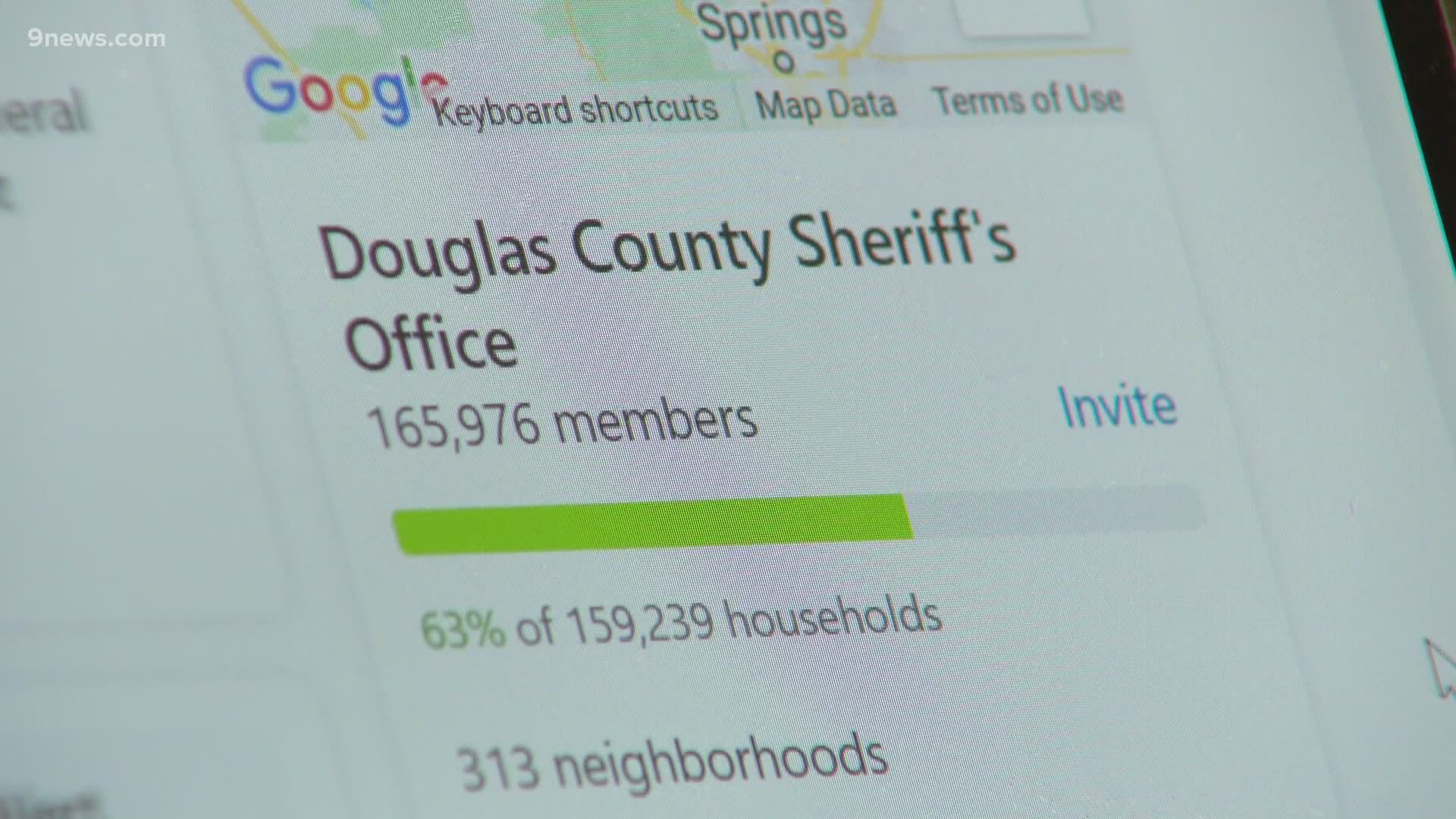 DOUGLAS COUNTY, Colo. — A lot of people talk about a lot of things online and that's why Douglas County Sheriff Tony Spurlock said his department needed a better way to listen.

"I serve the people of Douglas County and so I want to know what they have to say and how it's impacting them," he said. "I don't care what some noisemaker says in New York or Florida or wherever, I could care less."

That's where Zencity comes in. It's a social media monitoring software and the sheriff's department signed a $72,000 contract with them in early 2021.

"Mostly we use Zencity to help me communicate with the community once an event has occurred and help me separate the noisemakers to the citizens who actually really want to hear what's going on," said Sheriff Spurlock.

In April, Douglas County Deputies shot and killed a man they said was shooting at them. Sheriff Spurlock said people across Twitter and Facebook had a lot of questions. The department used Zencity to learn that residents wanted to know why they didn't negotiate with the suspect.

"I can now answer that," said Sheriff Spurlock. "And explain to them as you can see this took place, this is a timestamp body worn camera - this took place in a short period of time, there was no opportunity."

The ACLU has called social media monitoring an invasive surveillance that could violate civil rights when departments specifically target the accounts of people speaking out against police brutality.

But they are monitoring street racing. While they haven't made any arrests and said they don't use Zencity as an enforcement tool, deputies are able to find posts about where street racers are meeting and get there first.

"Street racers use all different social media platforms to communicate on where they're gonna go when they're gonna do their operation and it's important that the public knows, that's all public information," said Sheriff Spurlock. "I'm not spying on anyone, it's out there. You just got to take the time to look it up, but it's scattered all over the place."

Sheriff Spurlock said it's possible for people to do the same social media tracking as Zencity, but that would take 6-7 employees to do what one software can.