GEO Group, which runs the Cheyenne Mountain Re-Entry Center, gave a 60 days notice Tuesday to the Colorado Department of Corrections. 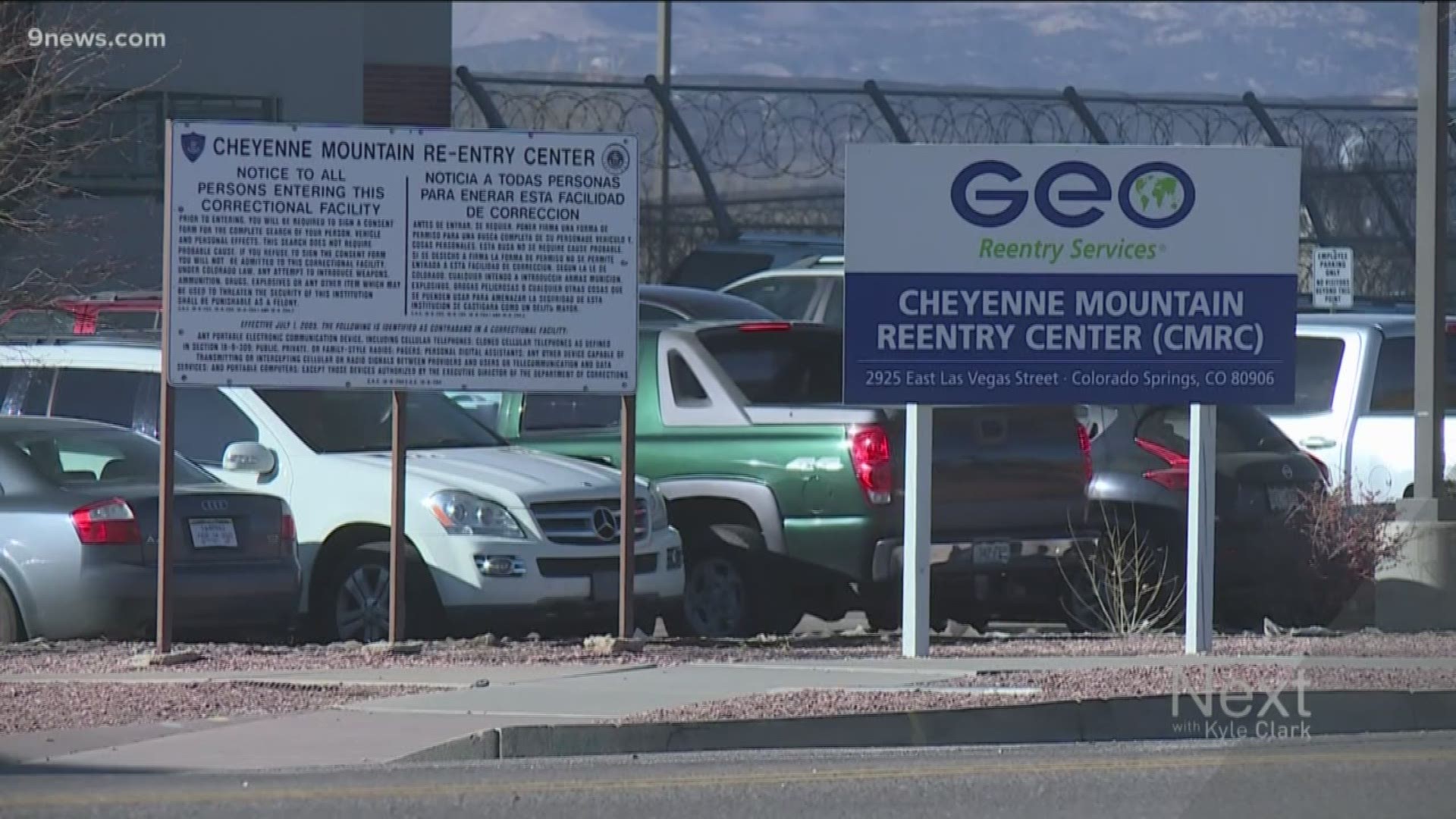 COLORADO SPRINGS, Colo — A private prison that houses nearly 650 offenders in Colorado Springs will close March 7, leaving the Colorado Department of Corrections (CDOC) with 60 days to determine where those offenders will go.

On Tuesday, the GEO Group gave the CDOC 60 days' notice that it intends to close the Cheyenne Mountain Re-Entry Center (CMRC), a Level 3 custody private prison.

Over the last several months, the CDOC, the GEO Group and leadership at the facility have been engaged in contract discussions, according to the CDOC.

“While we had been maintaining regular communications with the GEO Corporation regarding our serious concerns about their current operations and the terms of our contract with them, we had simultaneously been preparing for the very real concern that they would choose to rapidly close the facility," said Department of Corrections Executive Director Dean Williams.

"Although we are disappointed by their decision, we are confident that as a department we will be able to manage the considerable impact of this change safely.”

For its part, the GEO Group said in a statement that the facility was identified for closure in the Fiscal Year 2020-21 Colorado budget proposal. That made it difficult to recruit and retain staff.

“The Cheyenne Mountain Re-entry Center (CMRC) was identified for closure in Governor Polis’ Fiscal Year 2020-21 budget proposal. Since that announcement, and related legislative hearings, we have experienced challenges in retaining and recruiting staff at CMRC.

Given these circumstances, and in the interest of our staff and those entrusted to our care, we have informed the Department of Corrections (DOC) that we will conclude our services at CMRC in 60 days; effective March 7, 2020. We will work with the DOC to develop a transition plan and prioritize the health, safety and well-being of CMRC staff and residents.

The state has made its intentions clear; that it wants to manage this population within its own facilities, and we will work with them toward that end.“

As of Monday, CMRC had 642 residents and 180 employees. The GEO group said pay raises were offered to front-line-staff last year and at the time, CMRC had five vacant monitor positions. However, the group said after the governor's announcement and legislative hearings that number tripled to 15.

The CDOC had been in communication with Gov. Jared Polis and the legislature regarding the possible closure.

As part of those discussions, the CDOC proposed phasing out offenders in the CMRC facility and re-opening two towers of Centennial South (CCF-S) in Cañon City to house additional offenders.

The CCF-S facility was completed in 2010, closed in 2012, and is currently not in operation. While CCF-S was originally designed and built to house offenders in administrative segregation, the facility has undergone retrofitting that would allow it to house close-custody and other offenders, according to the CDOC.

If funding to open that facility is approved, the CDOC said they'll eventually look to transfer close-custody offenders from other facilities to CCF-S and use those vacated beds for medium-custody offenders impacted by the closing at CMRC.

But for now, CDOC is coming up with a Plan B as to what to do with the prisoners.

"Eighty or 90 are probably going to be released within two months," said Williams. "That's good."

"We know that there's a number of vacancy -- a couple hundred beds that are likely within the current structures that we can put in at other facilities," Williams said. "We will utilize every bed, every state facility that is out there. Beyond that, we may have two or three hundred individuals who are going to be double-bunked, sleep on floors until we have a longer-term option. We're also going to look at anyone eligible for parole or anything like that to expedite and advance as much as possible."

Williams said it's an "undesirable" situation, but they will do it safely.

He also made it clear that the CDOC wouldn't release any prisoners who would be a risk or threat to the public.

With the upcoming legislative session, the issue over private prisons will continue to be debated. Democratic State Rep. Leslie Herod said the state has the capacity to handle the situation like the one announced Tuesday morning. She is co-sponsoring a bill, along with Democratic State Sen. Julie Gonzales, to study how to eliminate the three private prisons in Colorado by 2025.

She believes it's possible because of previous work to reduce prison populations.

"We went from 1% vacancy rate to 5% vacancy rate," said Herod. "There is actually now room and capacity in the system to move people around."

Herod said she knows it's not going to be an easy process, and they're also learning from the City of Denver that terminated its contract with two halfway house providers, including the GEO group.

Herod also said she is very cognizant of the ripple effect shutting down private prisons might have and wants to protect communities who rely on facilities for jobs.

"Crowley County, Benton County, that are really reliant on the tax base that is there and the jobs that are there by these facilities," she said. "To be honest, Colorado asked for them. At that time period, they asked for the facilities to be built in those counties. We now have different priorities. We don't turn our back on Coloradans who work hard."