Without a smartphone, one woman hasn't been able to get her unemployment benefits for 5 weeks

The company ID.Me requires people verifying their identity to use a phone with a web browser and a camera. 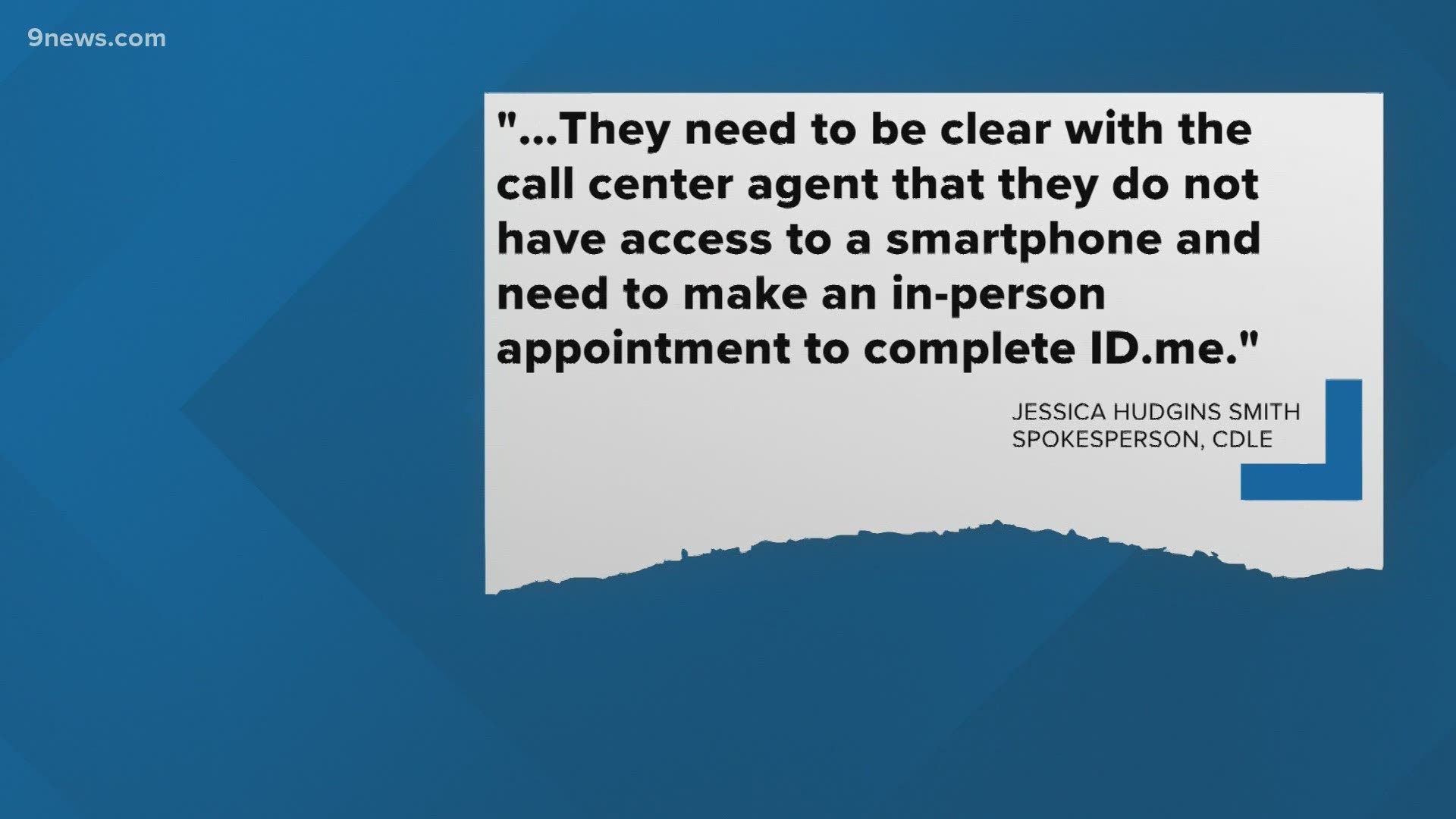 DENVER — Debra Troppman has a flip phone as a personal and financial choice, but she didn't realize the choice to save money could end up costing her.

It was easy until April, when the Colorado Department of Labor and Employment (CDLE) made it a requirement for everyone on unemployment benefits to verify their identity.

“The process isn’t easy for people who don’t have smartphones," Troppman said.

The state hired a third party company called ID.Me, and as part of their verification process, they require people to use a phone with a web browser and a camera.

“It’s like, why do I have to have a smart phone to get unemployment?" said Troppman, who was laid off in February and was receiving benefits before the ID.Me requirement.

She said she's been trying to set up a virtual video meeting with ID.Me for five weeks to sort out the issue.

“It’s not easy," she said. "You think you’re an independent person, you’re doing the best, you know I’m kind of in the last chapter of my work life, but I’m still working and ... you just try every day and hope for the best."

The press secretary for the Division of Labor with CDLE said in an email that people like Debra "need to be clear with the call center agent that they do not have access to a smartphone and need to make an in-person appointment to complete ID.me."

Debra said she tried and was told there aren't any appointments.

When 9NEWS called to check, and agent also said there weren't in-person appointments, and suggested using a friend or family member's smartphone to complete the process.

“I don’t really have that option," Troppman said. "And I don’t really feel comfortable putting my social security card up in front of a friend’s phone. I mean, would you? That doesn’t feel safe to me."

CDLE said in an email they are reviewing the calls from 9NEWS and Troppman, and said there are in-person appointments for people who don't have smartphones "and will be providing additional training for ALL call center agents to clear up this confusion."

“I’m trying to be patient but you get scared when your money runs out," Troppman said.