"We can’t forget Memorial Day is based on remembering those who served before us and didn’t come home." 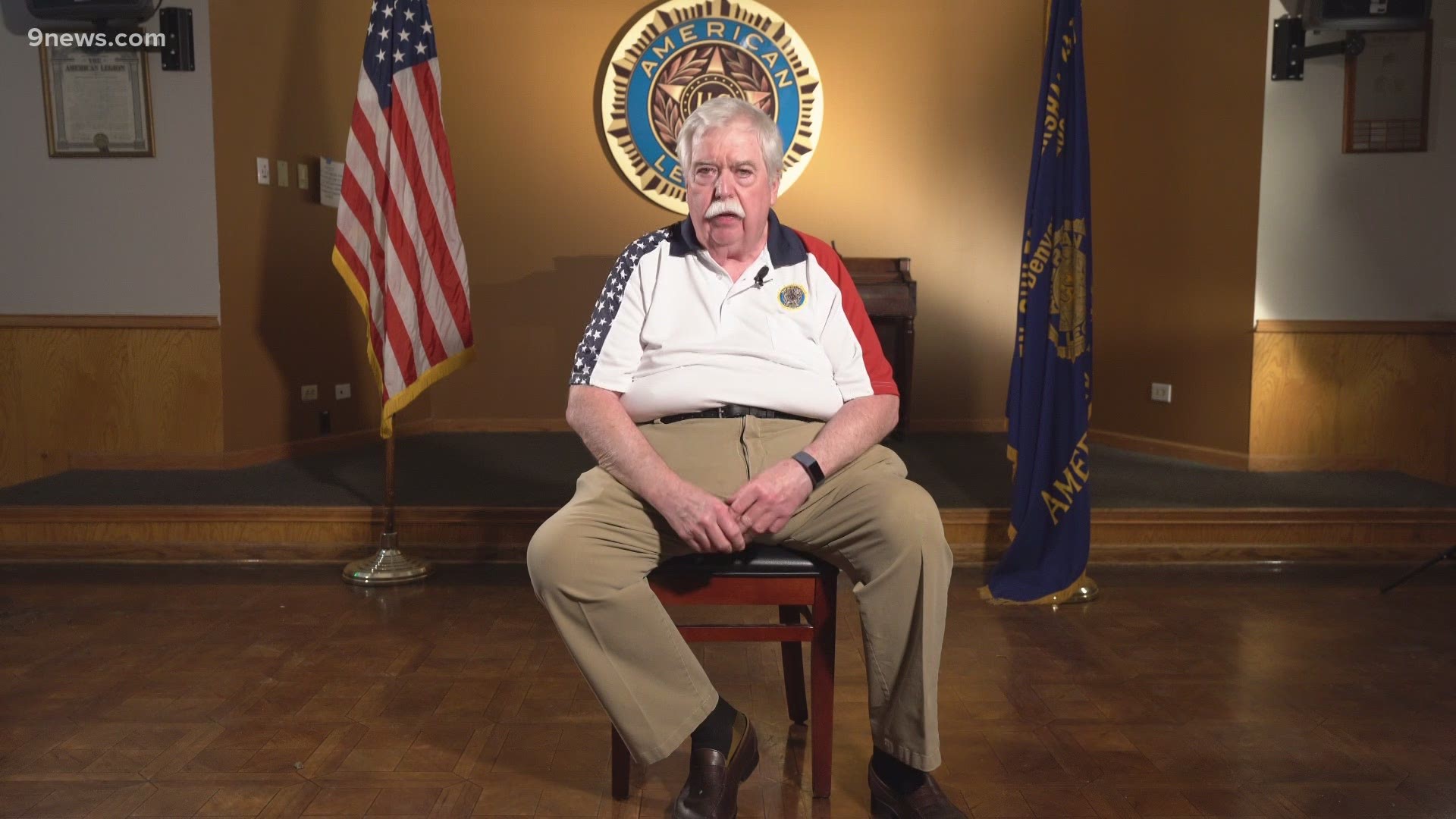 DENVER — Three veterans, who are also members of the American Legion Post 1 in Denver, took turns sharing with 9NEWS what Memorial Day means to them.

Post 1 has been around since 1919 – their commander, Jeff  Pitchford, believes the post was one of the first posts chartered in the U.S.

"You go in to serve the country," he said. "I feel it is payback for what this country has given me."

During a three-day weekend filled with barbeques, Pitchford does not want people to forget Memorial Day is based on remembering those who served and didn't come home.

"We have got to remember those that went before us, but also many of those people gave their lives for the freedom of others to enjoy and I don’t think we can go past Memorial Day without thinking of those individuals," he said.

Glen Stenson served during World War II with the U.S. Navy – he was given several assignments as a hospital corpsman – joining the service at 17 years old.

"If you go to the World War II memorial, you will see 1,000 gold stars," he said. "Each gold star represents over 4,000 dead. When I go there and see that, I can't help but remember that atrocious loss of life."

Stenson grew up in Holyoke, Colorado. He said his hometown lost three kids on the U.S. Arizona during the attack on Pearl Harbor.

"I constantly think about those three on Memorial Day and also the ones that were in my class," said Stenson.

Memorial Day is a day of reflection for Stenson – visiting the graves of fallen heroes is especially emotional for him.

"I just wish I had time to get on my knees at each one of those tombstones and say, 'Thank you,'" he said. "You gave me the opportunity to live and serve and I can't express my feelings enough for that."

Tom Yagley served in the Army from 1972 to 1974 and was a member of military police and a correctional specialist during his service.

"Saturday we went to Crown Hill to place flags," he said. "That is a regular event for American Legion Post 1."

He is also a member of an all-veterans honor guard at Fort Logan. On this weekend, it's important for him to remember servicemen and servicewoman who gave it their all.

"Our hearts go out to them, every one of them that are being deployed – and hopefully they come back safely," he said.

RELATED: What is the difference between Memorial Day and Veterans Day?