Their organization’s name translate, in Swahili, to “People who sew.” And the Rocky Mountain Wa Shonaji Quilt Guild lives up to its name. 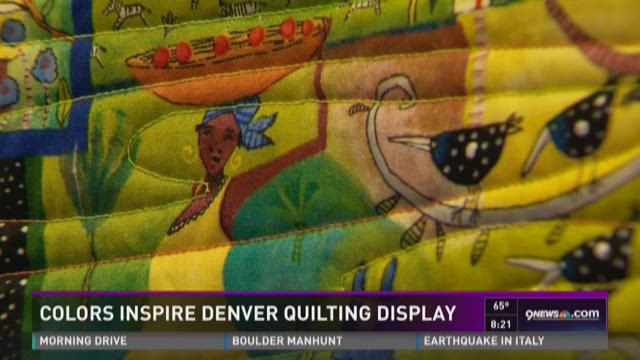 DENVER – Their organization’s name translates, in Swahili, to “People who sew.” And the Rocky Mountain Wa Shonaji Quilt Guild lives up to its name.

The group’s work is on display at the Blair-Caldwell African American Research Library in a new exhibit entitled “Color my World.”

“What we did was put crayons in a brown paper bag and everybody was invited to participate, pick out a color from the bag and make a quilt,” said Morrison.

Each member’s quilt had to contain at least 20% of that color. Some chose their quilted artwork as a way to express creativity and skill, while others chose to share a message. Themes of the quilts include the environment and the need for clean water in African villages.

“When you look around the world, right now, you see so many things going on. And what we wanted to display was a chance for people to explore inward themselves and the quilting world as presented in color,” said Morrison.

The exhibit is free to the public. It will be on display at the Blair-Caldwell African American Research Library at 2401 Welton Street until August 31st.