Woman fights to keep BLM sign in her window

The Black Lives Matter sign she hung in her window two years ago is getting more attention than ever before. It's not the kind of attention she wanted. 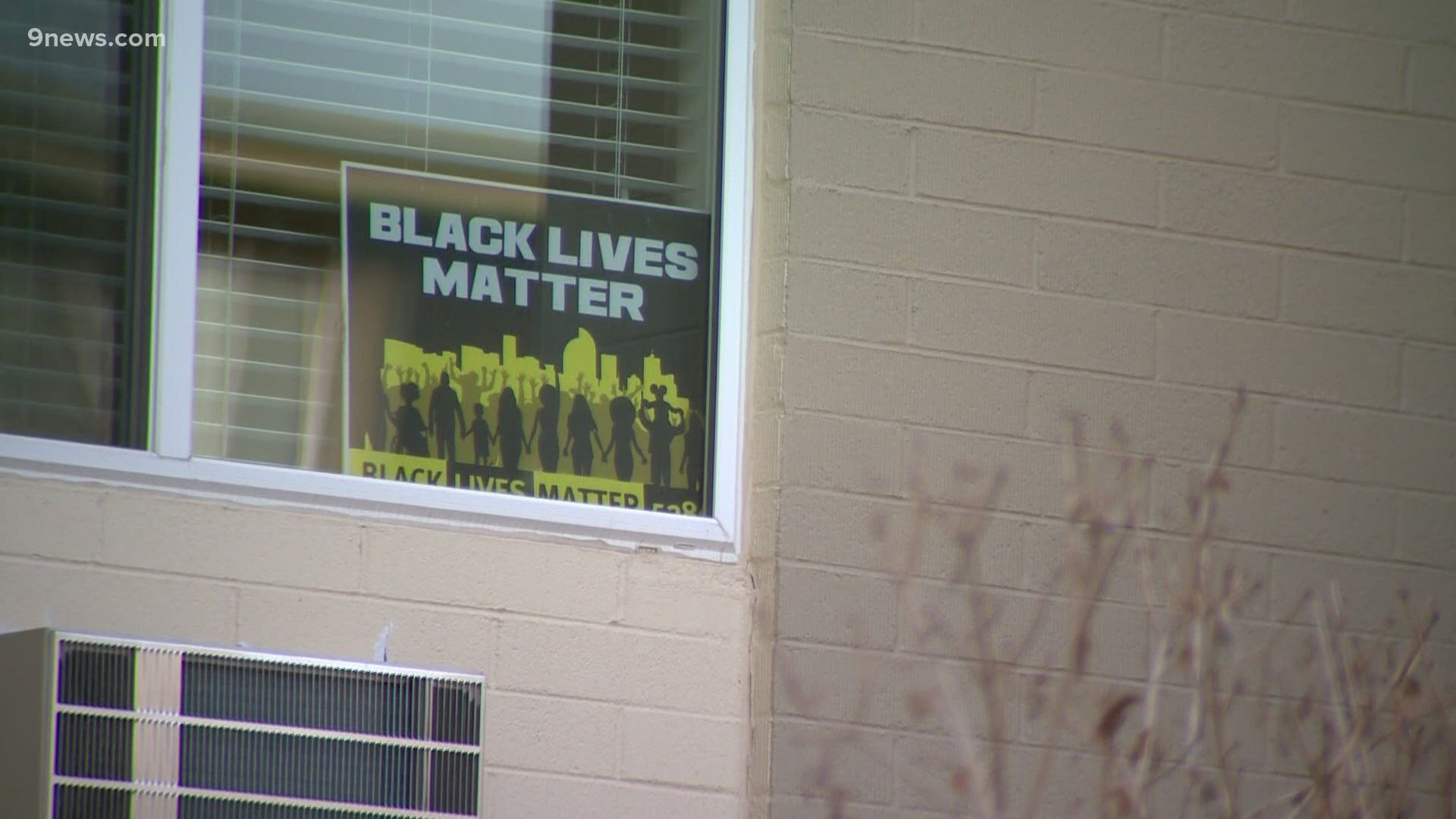 DENVER — Helen Rigmaiden had hoped the sign she put in her window would lead to a conversation, but she received a complaint instead.

"I received a notice on Christmas Eve that I had to take my Black Lives Matter sign out of my bedroom window, and it’s been there for a couple of years," Rigmaiden said.

The letter came from the covenant enforcement division of the community association for Windsor Gardens, a Denver retirement community where Rigmaiden has lived for three years.

"The association received a complaint about the Black Lives Matter sign in your window," the letter reads in part. "You may not be aware, but this is a violation of the Windsor Gardens' Signs Policy."

The letter asked Rigmaiden to remove the sign by Monday.

“It’s my form of non-violent protest, and I’m not going to take it down," Rigmaiden said.

Colorado state law says community associations cannot ban homeowners from displaying political or campaign signs between the 45 days leading up to an election and the seven days after. However, the law does allow associations to make rules for other kinds of signs.

In September, the community association in Lowry amended its policy to allow lawn signs after community members complained about receiving violations for putting out signs with social justice messages.

Rigmaiden said she doesn't see consistency in enforcement in her Windsor Gardens community.

9NEWS reached out to Windsor Gardens with questions about Rigmaiden's sign and other signs spotted in windows in the community. A spokesperson declined comment.

Rigmaiden said she hopes the community extends the deadline past Monday to give her an opportunity to plead her case. She said she has no intention of taking the sign down.

“This new civil rights movement – these kids are bold, and I have to be just as bold," Rigmaiden said. "You know, I’m 71 now and I’m going to fight to keep that little sign in my window.”

The fight might lead to the conversation Rigmaiden was hoping for all along.

“I think this is going to be an opportunity, I hope, to talk to my Windsor Gardens neighbors about Black Lives Matter," she said.

RELATED: Artists use downtown clock tower to spread their message