The school wants to offer services from academic support to counseling to its veteran students. 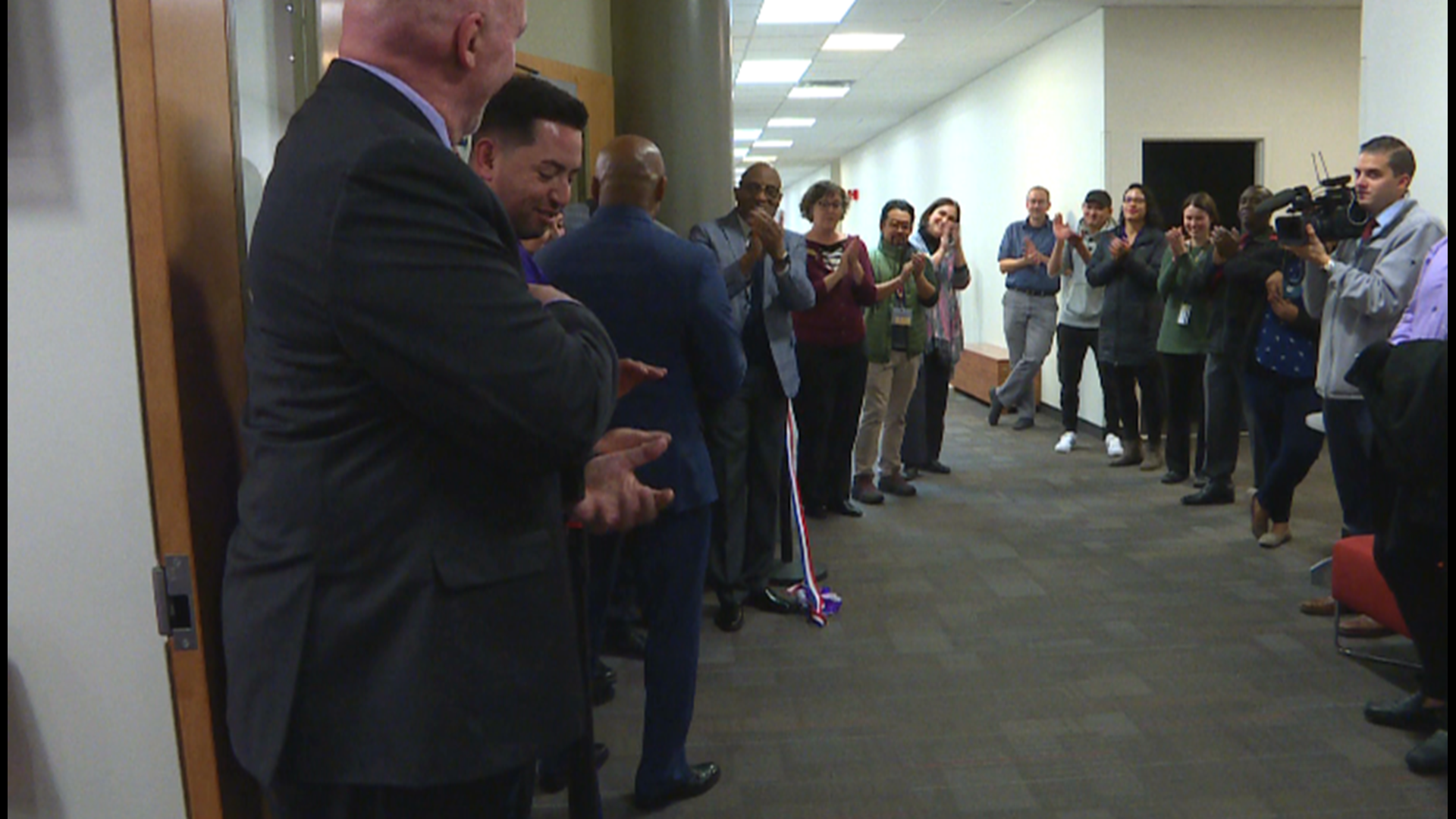 DENVER — Of all the people on the second floor of the Cherry Creek Building on the Community College of Denver (CCD) campus, Christian Alord might have been the most nervous on Monday morning.

Alord spent three years in the U.S. Army serving in Afghanistan and Kuwait and is now studying to be a nurse at CCD.

He wasn't nervous because of his classes.

He was nervous because he was about to speak publicly at an event unveiling the Veteran Services Center at CCD.

"I believe that with the opening of the Veterans Center, they could find opportunity here at CCD," Alord said.

With the new center, Alord's fellow veterans can now find opportunities and support to succeed in college, especially those who might be nervous about transitioning back to civilian life.

"After the military, you feel that you don't belong anywhere else," Alord said.

"You know, it's really important for veterans to have a place that they call their home away from home and that's what this place represents," Freeman said.

From something as simple as having their own computers and printers, to something complex like having counselors available to talk face-to-face, to something needed, like a common area for veterans to study together, Freeman said this will change the college forever.

"They know it's a place they can come and hang out to talk about what's on their mind," Freeman said.

"What the Community College of Denver is doing is standing in the gap for all veterans," Hancock said.

When he eventually faced the crowd, Alord didn't seem so nervous after all.

"I believe that this will be a great opportunity for different veterans and other students who are trying to find support," Alord said.

Right now, CCD serves more than 200 students who are veterans. Freeman hopes that with the new center, the school can double that.