CDOT says they are working with Adams County to install LED lights on the stop signs and rumble strips in the concrete. 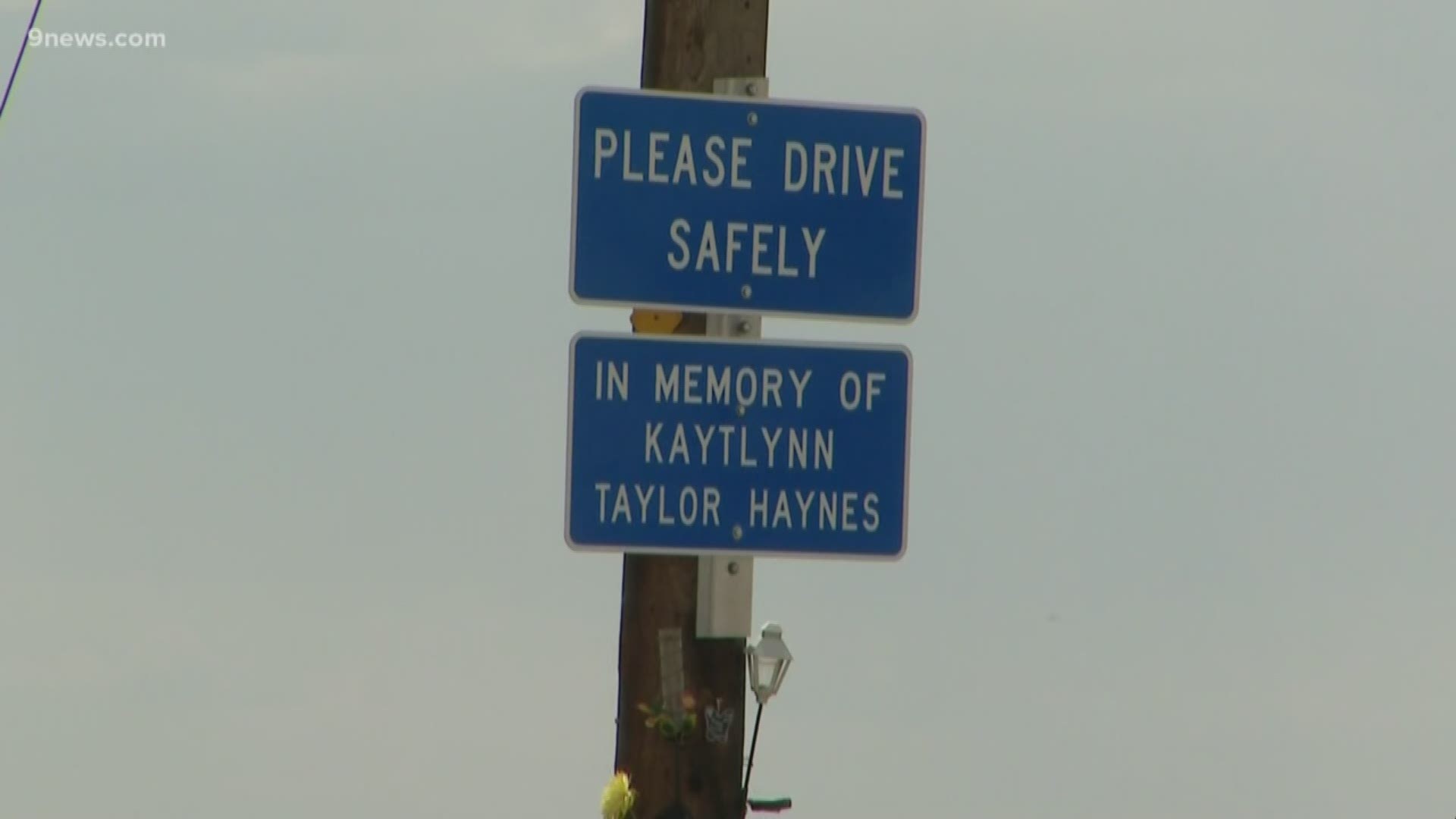 BENNETT, Colo. — Strapped to power poles and peaking up from the ground, makeshift memorials tell the story of lives forever changed.

Take a drive through the intersection of Highway 79 and 88th Avenue and it’s hard to miss the signs marking the lives lost on the road.

“She was just so loving and sweet and kind. She had a heart of gold,” said Twilight Hovey, who’s 18-year-old daughter Leah Ford was killed Friday in a crash. “She was 18 years old. She was going to be a senior this year.”

Ford and her friend April Blackmon-Logan were killed just after midnight Friday when they ran a stop sign and were hit by a semi-truck. Neither of the girls had driver’s licenses.

This is the same intersection near Bennett where an Adam’s County Sheriff’s Deputy was involved in a fatal crash in March.

The speed limit on Highway 79 is 65 mph and the speed limit on 88th Avenue is 55 mph. Only a small stop sign and a warning sign remind drivers to stop. Some run straight through the intersection.

The improvements will come after months of people like Danell Kalcevic asking the state for help in fixing the road.

She lives nearby and has made it her goal to make it safer. She started a petition, went to town hall meetings, and sends emails to the state regularly. She thinks the intersection needs more than just a stop sign so more names don’t find their way on to memorials.

People like Branden Ballman are the lucky ones. He is still alive to tell his story after a crash. Ballman is a retired firefighter and responded to many crashes on the road. The intersection almost claimed his life.

“We then went flying into the air and rolled five or six times,” said Ballman. “I looked down through the passenger window just to see the car come through the stop sign and hit me right behind the door I was sitting in.”

Ford was driving her boyfriend’s car the night of the crash.

Her family says she was forced to drive home after her boyfriend was pulled over and arrested for an outstanding warrant, leaving Ford and Blackmon-Logan with the car.

The Adam’s County Sheriff’s Office says the two were released with the car after the man’s arrest.

9NEWS reached out to the Adams County Sheriff’s Office to see why Ford was allowed to try and drive home without a license, but we have not heard back.