Report lays out top issues for Latinos in Colorado

Some of the top issues include improving wages for agricultural workers, clean water access and setting up a state fund to help Colorado Latino small businesses. 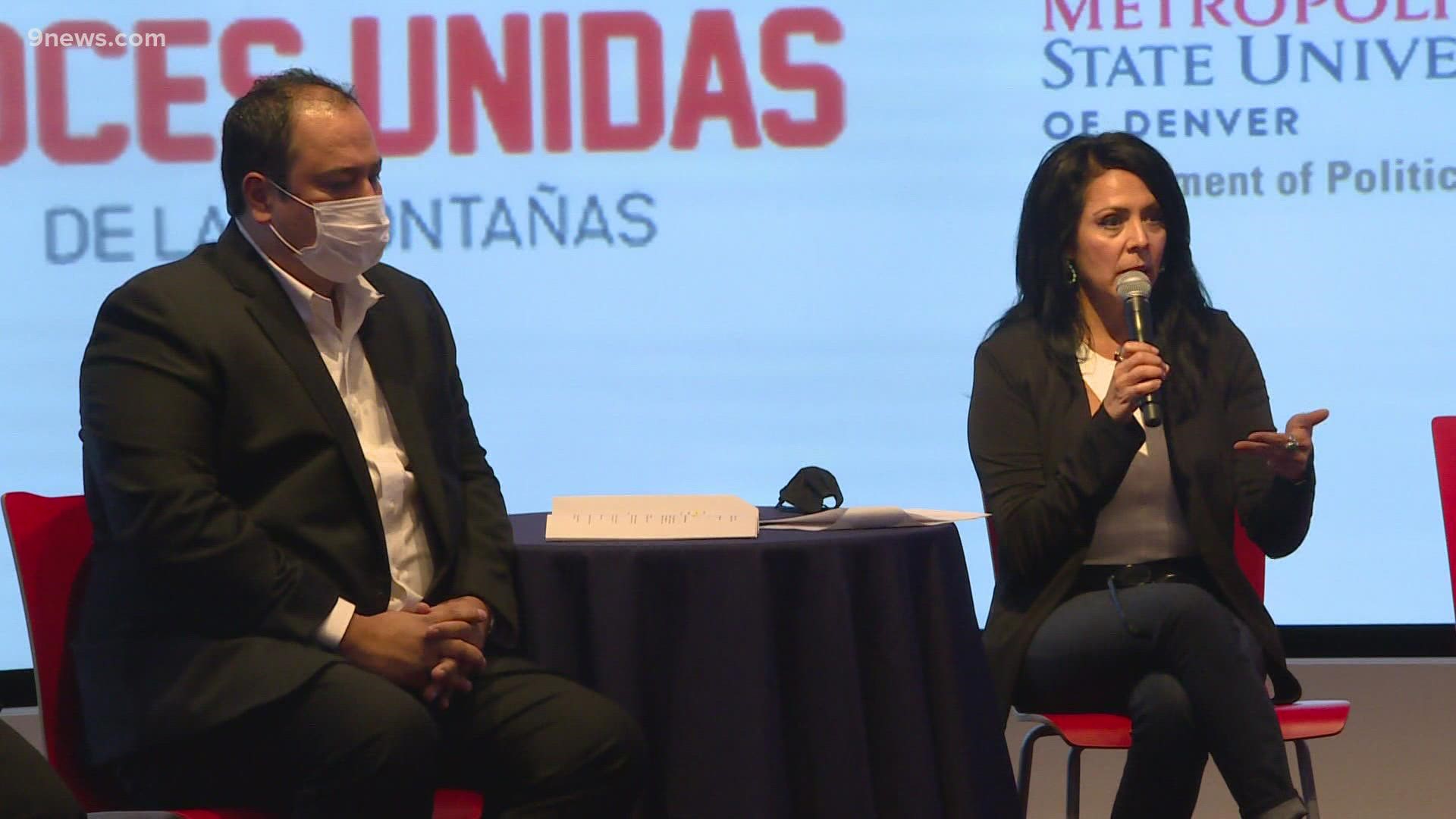 DENVER — In a room at the Student Academic Success Center on MSU Denver's campus Thursday, community leaders presented a report that highlighted the top policy and general issue concerns among Latinos in Colorado.

The report is an effort to identify said issues in what's called the first-ever Colorado Latino Policy Agenda.

One of the goals of the report is for lawmakers and other officials to use it in the year ahead as a baseline for pushing forward legislation, among other efforts.

"This report has been a long time coming. We've been thinking about this, planning this," Dusti Gurule, Executive Director of COLOR, said Thursday. "We're not going to leave anyone behind. And so all of our decision making, all of our policy thinking is for all of our community, whether you have documentation, whether you speak English, whether you're not old enough to vote yet. And so that was why it was so important for us to add these other layers of the research."

The study was conducted through a statewide poll of 1,000 Latino adults by phone from Aug. 16 to Sept. 1 of this year.

It also included responses from 168 Latino community leaders in an online survey from September to October, as well as in-person listening sessions held in Greeley, Glenwood Springs and Pueblo.

The findings were also broken up by region. Rob Preuhs, an MSU Denver professor and Chair of the Political Science Department, used health care as an example when presenting the findings.

In total, the top five issues among Latino adults include ensuring workers have a living wage and safe working conditions, improving wages and benefits for seasonal farm and agricultural workers, taking aggressive steps to address drought and clean water access, and new regulations to reduce air, water, and land pollution. Setting up a state fund to help Latino small businesses in Colorado is also on that top five list.

When it came to issues on the federal level, immigration reform was an issue many Latinos in Colorado felt was important.

In Denver, 21% of Latino adults said it was the most important issue, compared to 30% in East Colorado and 18% in West Colorado.

"We care deeply about ensuring that policy in Denver at the state level is reflective of the various complexity and diversity that exist within our communities," Alex Sanchez said.

When it comes to the pandemic, statistics presented showed disparities continue to impact Latinos, leaders said.

Of the Latino adults surveyed, 60% said they lost a job or had hours cut, 56% struggled to pay rent, and a third said they didn't have enough to eat.

Researchers hope this data will be used to help form policy and legislation at the state capitol.

"The research makes clear that Latinos are highly interested in being more engaged in the political process, but often feel that the voice of the Latino community is excluded from important political decisions," said Michael Benitez, the Chairperson of Diversity and Inclusion at MSU Denver.

They also hope it will include Latino voices in future decisions, like redistricting.

Of the Latino adults surveyed, 60% said they felt it was important Latinos in Colorado are included in the redistricting process, while 33% said it was "somewhat important."

Colorado Rep. Serena Gonzales-Gutierrez said she felt it was important for data like this to be brought up next time for the redistricting process.

"I think it was pretty evident in the testimony that was provided to the redistricting commission that there is a large Latino community and that there is representation and that it is a community of interest. So I don't think that that was lost in the presentation. I think this is helpful for us going forward as policymakers and at every level," she said.