Former police officer Joseph James DeAngelo, 72, was arrested at his home after DNA linked him to crimes attributed to the so-called Golden State Killer. 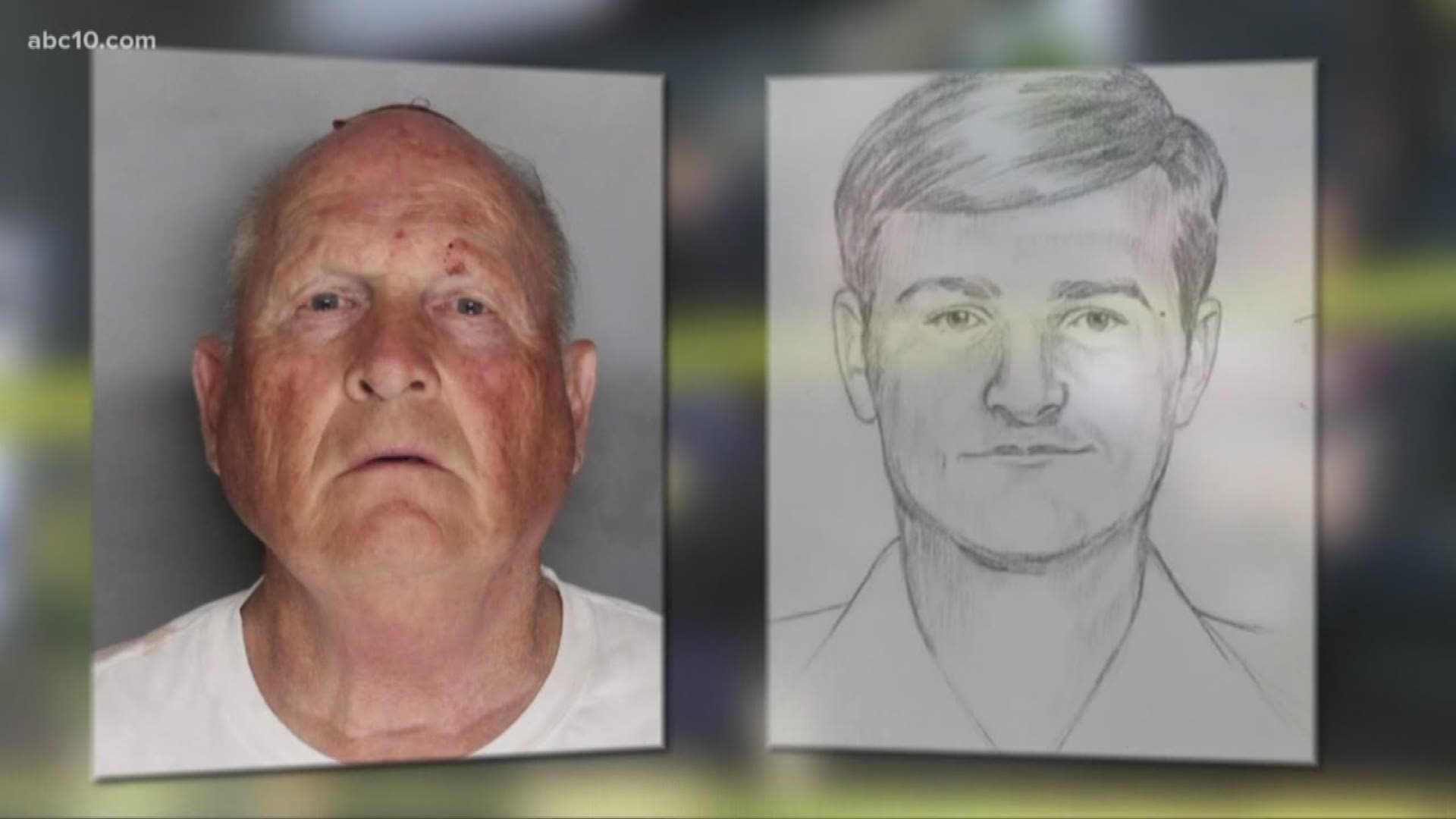 SACRAMENTO, Calif. — On June 29, Joseph James DeAngelo, 72, will be put on trial for crimes linked to the Golden State Killer (also known as the East Area Rapist in Sacramento and Original Night Stalker in Orange County).

The Golden State Killer has long eluded authorities and is accused of committing at least 13 murders, more than 50 rapes, and over 100 burglaries in the state of California from 1974 to 1986.

DeAngelo is a US Navy veteran and former police officer, having worked in Auburn and Exeter, California in the early to late 1970s. In Exeter, DeAngelo was part of and eventually led the department's burglary unit, presumably investigating crimes that have now been connected to the Golden State Killer (then known as the Visalia Ransaker).

On April 24, 2018, authorities charged the 72-year-old with eight counts of first-degree murder based on DNA evidence.

Credit: AP
Joseph James DeAngelo, center, charged with being the Golden State Killer, is helped up by his attorney, Diane Howard, as Sacramento Superior Court Judge Michael Bowman enters the courtroom in Sacramento, Calif., Monday June 29, 2020. DeAngelo pleaded guilty to multiple counts of murder and other charges 40 years after a sadistic series of assaults and slayings in California. Due to the large numbers of people attending, the hearing was held at a ballroom at California State University, Sacramento to allow for social distancing. (AP Photo/Rich Pedroncelli)

WATCH MORE:  A young girl from Exeter, California was brutally murdered in 1975. The jury convicted local handyman Oscar Clifton of the crime, but did the real killer get away? Was Clifton framed by Joe DeAngelo, the man police say later became the Golden State Killer? An ABC10 Originals investigation by Lilia Luciano.