The city said Glyphosate is used for spot spraying within a 4-foot radius of trees and sidewalks. 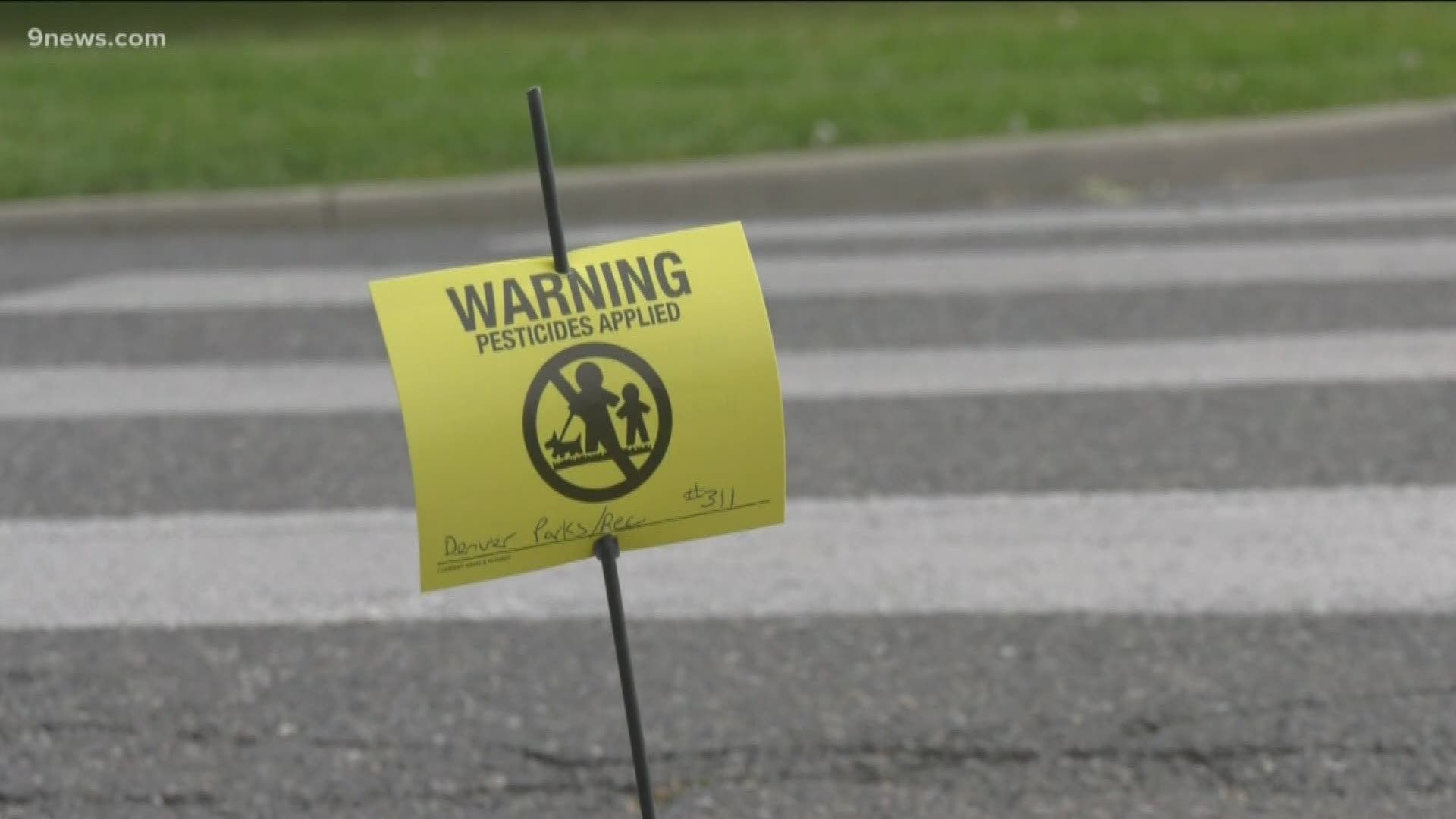 DENVER — A controversial chemical at the center of thousands of lawsuits due to its possible link to cancer is being sprayed by groundskeepers in Denver's parks.

The chemical is called Glyphosate. A city spokesperson said crews spray it around trees and sidewalks in the fall to treat invasive pests and to help keep parks green.

“This chemical Glyphosate is actually very effective.” Gilmore said. “When you use it properly. We do believe it is a safe chemical to use.”

The city said Glyphosate is used for spot spraying within a 4-foot radius of trees and sidewalks.

“[At] Parks and Recreation, we adhere to all the state and federal regulations.” Gilmore said. “We do use a very diluted solution. We might use it in tree rings and we might use it in cracks in the cement -- places where it’s really hard to remove weeds.”

Glyphosate is the active ingredient in Roundup. As of October, Bayer’s Monsanto — the company that owns the product — is facing more than 42,700 lawsuits in the United States in connection with the crop protection product.

Jonathan Samet, a professor of epidemiology and dean of the Colorado School of Public Health at University of Colorado Anschutz Medical Campus, said he believes more research is needed on Glyphosate before its labeled safe to use by groundskeepers and the public.

“We certainly can’t say that it's safe.” Samet said.

Earlier this year, a study from the University of Washington found exposure to Glyphosate increases the risks of some cancers by more than 40%.

In 2015, the World Health Organization's International Agency for Research on Cancer (IARC) said it was a “probable carcinogenic to humans.”

In April this year, the Environment Protection Agency found no health risk at all.

“I think it’s a very complicated decision for those who are deciding whether to use Roundup. Or expose workers to it. Or not.” Samet said. “We know that things that cause cancer usually take a while.”

As of today, a Bayer spokesperson said it's aware of two cases filed in federal district court in Colorado. Bayer confirmed that, in addition, there are a number of pending cases that originated in Colorado that have been transferred to the federal district lawsuit for pretrial purposes. Others are pending in Missouri state court by plaintiffs who allege to be Colorado residents.

Those considered to be at the highest risk of health issues due to Glyphosate are groundskeepers who are exposed when applying the chemical to green space. Several U.S. cities have stopped using Glyphosate, including Seattle, Austin, Chicago and San Francisco.

The City of Denver said it has about 130 maintenance staff looking after roughly 6,000 acres of parks and green space. Crews are required to wear protective gear when applying Roundup and other chemical treatments.

Bayer Monsanto sent 9NEWS a statement saying, “Glyphosate-based herbicides can be used safely as directed and glyphosate is not carcinogenic.”

Lakewood and Aurora use a wide variety of herbicides. Some of them include glyphostate. City officials said they limit the application to the bare minimum needed and do so in spot applications.

The City of Boulder Urban Parks said it hasn’t used any pesticides, herbicides or insecticide in city parks since 2015.