COVID-19 cases in long-term care facilities declining in Dallas County, Texas and across the country

A Dallas County spokesperson said the "rate of increase" of the cumulative totals in long-term care facilities has been declining since record highs in the winter. 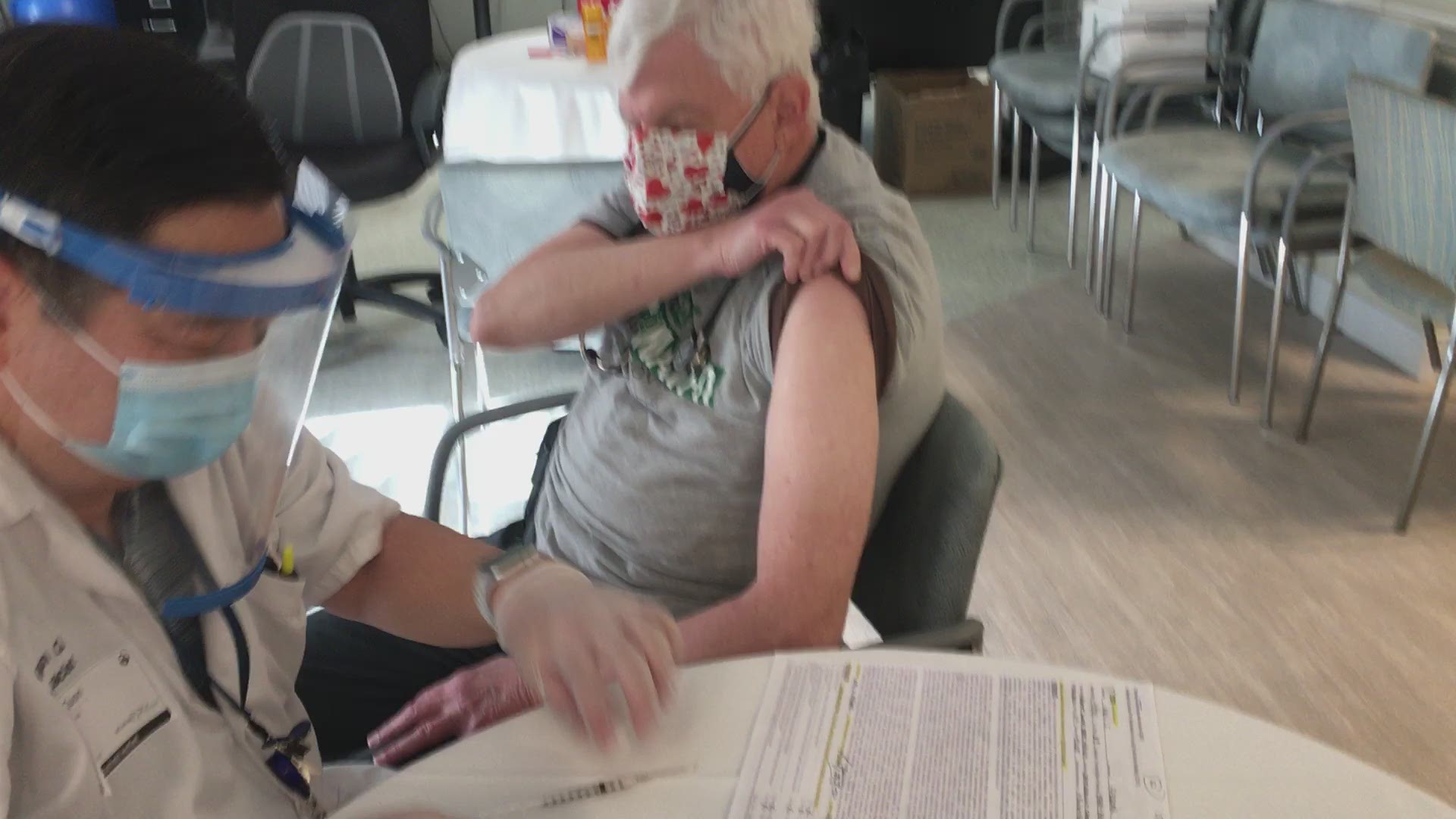 DALLAS — Since COVID-19 vaccinations started to be distributed in mid-January, the number of cases in long-term care facilities have begun to decline in Dallas County, according to a county spokesperson.

While the county cannot directly connect this decline with the vaccine, the spokesperson said the "rate of increase" of the cumulative totals has been declining since the record highs in December and January.

Many Dallas County facilities have been able to vaccinate many of their members, including Belmont Village Senior Living Turtle Creek in North Dallas.

This long-term care facility has fully vaccinated 99% of its residents, according to executive director Nancy Sanders.

“The complete vaccination brings us one step closer to our residents being reunited with their family and friends.” Sanders said. “We also have been able to vaccinate about 80 family members who have been able to register as essential caregivers, allowing families to be able to see each other.”

This is a trend happening across Texas as well, according to data from the Texas Department of State Health Services.

There were 91 new COVID-19 cases added in nursing facilities and assisted living facilities Wednesday, according to Texas Health and Human Services.

The state is averaging 116 new cases a day during the past week. Since Aug. 1, the lowest seven-day average is 63, which happened a couple of weeks ago from Feb. 15—21.

The highest seven-day average during this time period is 899, which happened from Dec. 28 to Jan. 3.

Region 3 is averaging 77 new cases a day during the past week. Since Aug. 1, the lowest seven-day average is 4, which happened from Sept. 4-10.

The highest seven-day average during this time period is 304, which happened from Jan. 4-10.

A national study by The American Health Care Association and the National Center for Assisted Living from this week shows the overall decline of cases in many of the country's long-term-care facilities started in late December and continues to go down.

The American Health Care Association and National Center for Assisted Living represent more than 14,000 nursing homes and long-term care facilities across the country.

Recent data shows nursing homes have seen an 82% decline in new COVID-19 cases among residents since the peak during the week of December 20 of last year when there were more than 30,000 new cases.

“We still have a long road ahead, but these numbers are incredibly encouraging and a major morale booster for frontline caregivers who have been working tirelessly every day for a year to protect our residents,” Mark Parkinson said. He is the president and CEO of both The American Health Care Association and the National Center for Assisted Living.

“This new data showcases just how important it is for nursing homes residents and staff, as well as the general public, to get the vaccine because it is clearly working," Parkinson said.