The ride comes after two cyclists were killed on Denver streets over the last few weeks. 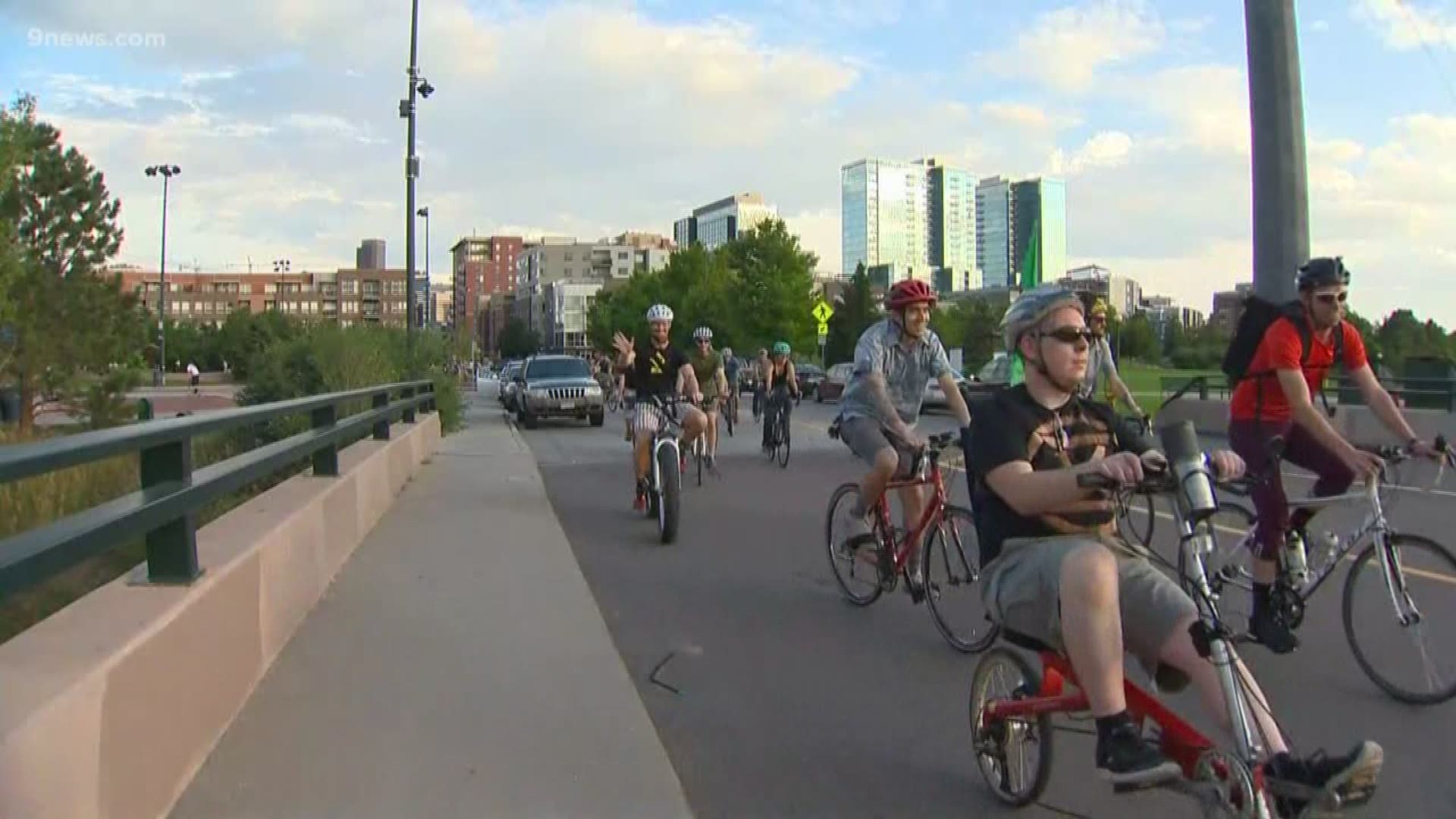 DENVER — Jonathan Fertig stood on a concrete bench Friday evening to speak to about one hundred cyclists he called on to participate in a ride around the city.

“A lot of us are feeling really sad and angry right now,” Fertig said, referring to a couple of cyclists recently hit and killed in Denver. “And being together is one of the best things we can do to get through these times but also to help elected’s see it's not just one or two of us online, it’s hundreds of us.”

RELATED: Denver could see more traffic fatalities in 2019 than any time in the last decade

He then asked everyone to pull out their phones, sending the crowd to a website with a single link that generated an auto-filled email to Mayor Michael Hancock and all of Denver's city council:

I want safe streets in Denver now so I can survive.

The ride comes after two recent cycling deaths in Denver that have fueled the ongoing conversation about installing protected bike lanes across the city.

Alexis Bounds, a mother of two, was hit and killed last week at South Marion Parkway and East Bayaud Avenue.

RELATED: Man charged in connection with hit-and-run that killed cyclist

Some neighbors north of Washington Park on Marion Street oppose the protected bike lanes, concerned about their appearance. They’ve maintained their position despite a mother of two being hit and killed in that area last week.

The city told 9NEWS Friday that they have a plan to expand the city’s bike network to consist of 450 more “bike facilities” though the long-term timeline for that is unclear.

“We’re working very hard to build out our bike network. Our goal is to build out 125 miles in the next five years,” said Heather Burke, spokesperson for Denver Public Works. “We’re moving toward more high-comfort facilities. And we believe all commuters need to get to their destination safely. Because one death is too many and we’re working hard on that.”

Burke said the city is spending $7 million on the bike program this year and the plan is to increase that funding in the coming years.

Fertig and others worry years will be too long and want to make sure that those “high-comfort facilities” include more barriers between cars and bikes.

“I live downtown. I ride throughout the city. And I don’t want to be next," Fertig said. "I don’t want my wife to be the one rushing to a scene to find out if I’m okay.”