24-year-old Madini and her one-week-old infant boy are a big attraction at the Jacksonville Zoo and Gardens, and their significance is far reaching. 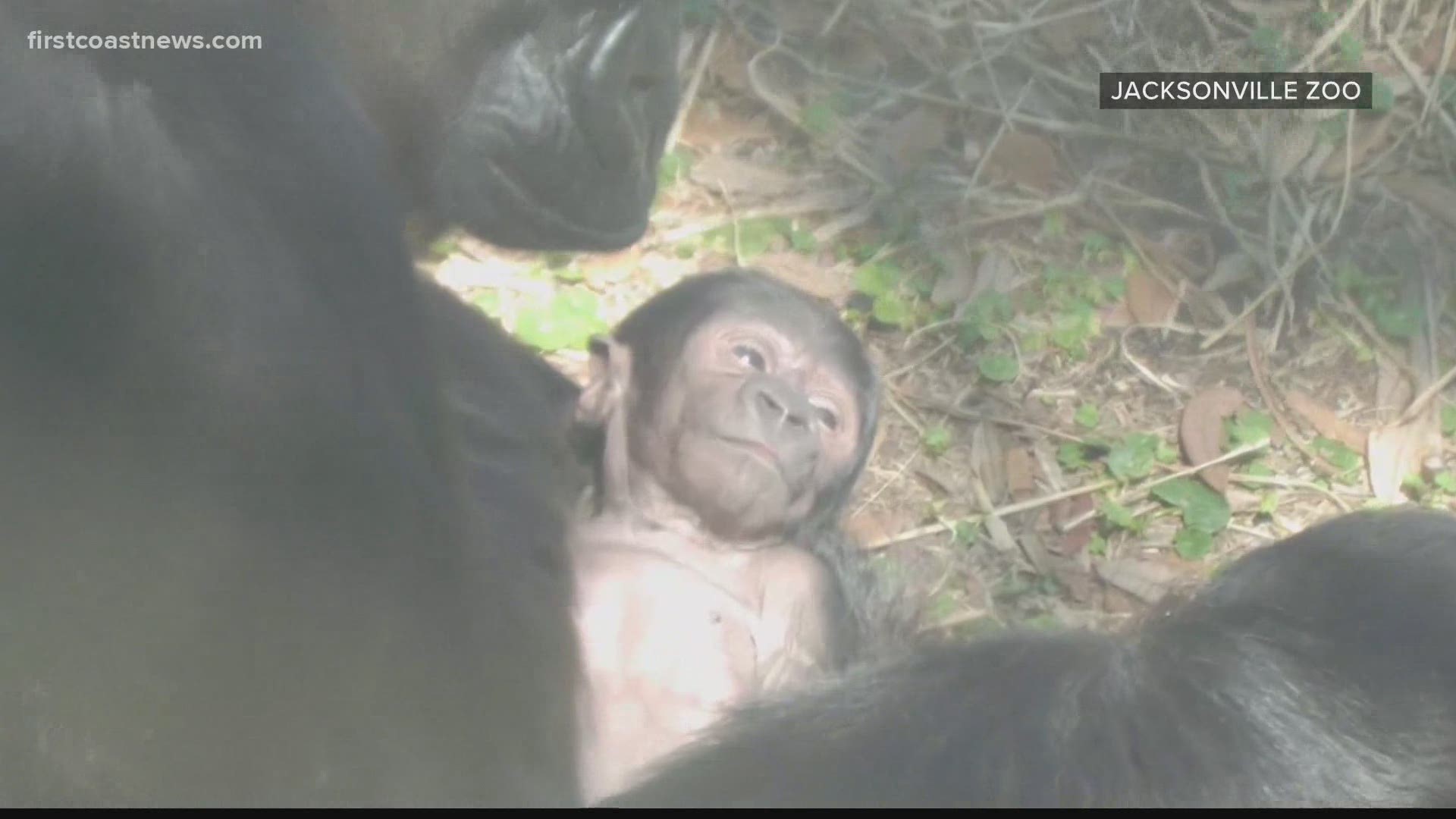 JACKSONVILLE, Fla. — He's adorable, cuddly, and endangered. The newest attraction at our fabulous zoo is getting a lot of attention, and while he's super cute, he's also very important.

24-year-old Madini and her one-week-old infant boy are a big attraction at the Jacksonville Zoo and Gardens, and their significance is far reaching.

Brittany Rodriguez brought her four kids to see the new furry and adorable resident at the Jacksonville Zoo.

“I think it’s great the mom laid down and let it lay on top of her feet," Rodriguez said. "It was just like a human having a baby. It was so cute.”

“This is actually her second child that is viable," said Robin Newby, senior mammal keeper at the Jacksonville Zoo.

44-year-old Lash is the father, and this will most likely be his last offspring.

Those at the zoo say the infant's birth is crucial since gorillas are a critically endangered species.

“I’m glad that the species is going to continue on," Rodriguez said.

“Having a birth is great. It’s here to add to the population, to engage our visitors, and also to continue the whole education process that our great animals here at the zoo do," Newby said.

Zookeepers say gorillas are endangered due to poaching, deforestation, and disease.

“Everybody loves to see babies, so hopefully this will bring more people out to the zoo," Newby said. "They’re just great ambassadors for their wild counterparts that people may not know a lot about.”

You can help gorilla conservation at the Zoo by bringing in used cell phones or tablets on Saturday, April 24 to be recycled.

This is 24-year-old Madini and her one-week-old male western lowland gorilla infant born at the @jacksonvillezoo. The #gorilla is critically endangered. I'll have more on the conservation and the infant tonight at 6 on @FCN2go. pic.twitter.com/PH5KDYC9ic