Trooper Cody Donahue was killed in 2016 when a truck crashed into him while he was stopped on the side of I-25 south of Castle Rock. 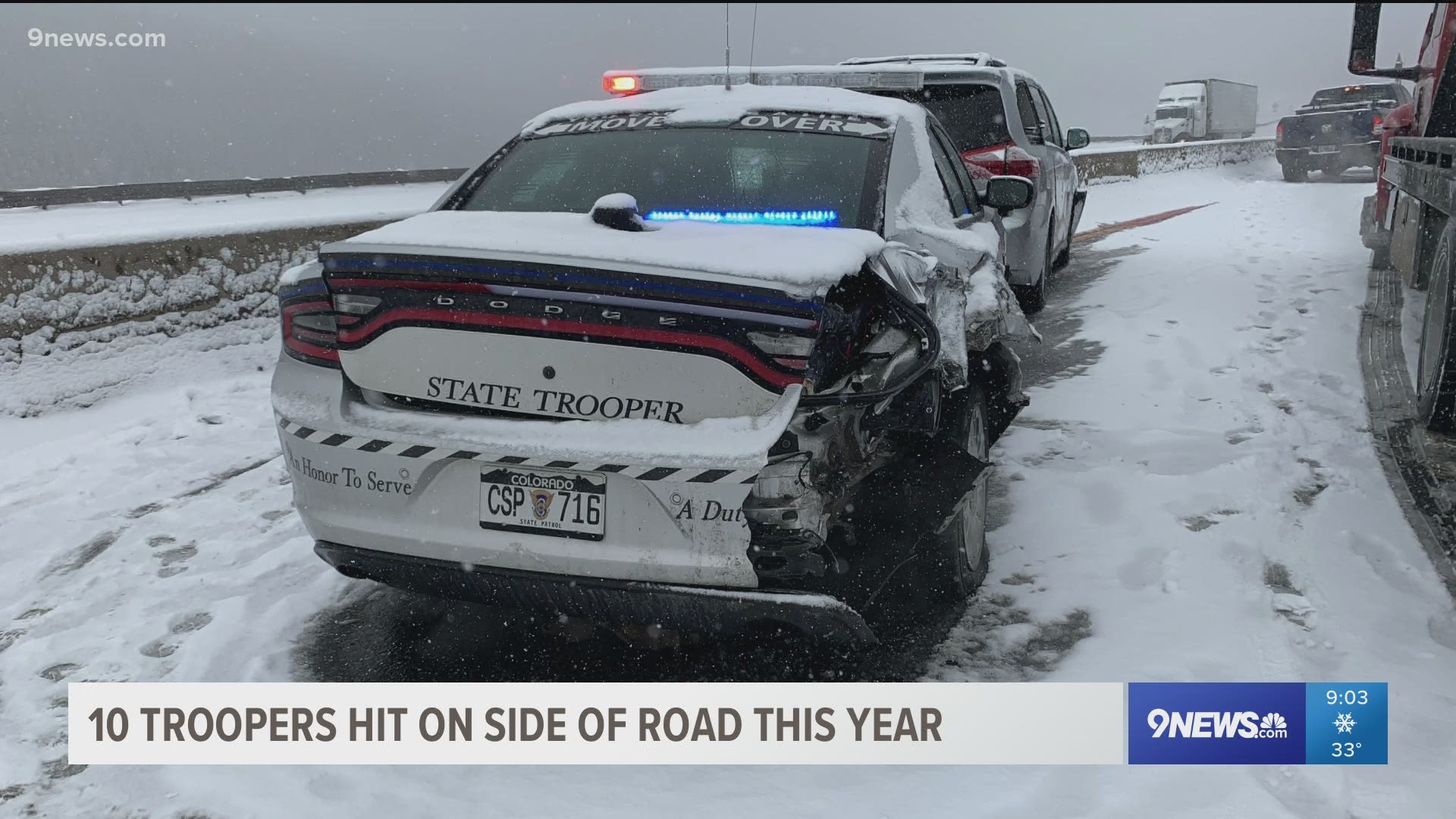 COLORADO, USA — The memorial for Trooper Cody Donahue on the side of Interstate 25 serves as reminder for just how quickly a call to help can turn deadly.

Monday —  the same day the man charged with killing Donahue in 2016 was found guilty by a jury —  Colorado State Patrol (CSP) dealt with yet another crash.

This one happened on Interstate 70 in Summit County, and the trooper walked away with minor injuries.

Donahue was killed when he stopped to help work a crash on I-25 south of Castle Rock in November 2016. He was hit and killed by a truck.

Four and a half years later, the risk remains for CSP troopers.

Ten CSP patrol cars have been hit this year while stopped on the side of the road, the agency said.

“This is something that quite frankly we never forget," said Col. Matthew Packard, chief of Colorado State Patrol. "We never forget the service and sacrifice of our troopers who are fallen.

"This is a danger that when you’re a state trooper you live with every day. We need to make sure people understand how real that danger is.”

RELATED: Retooled 'Move Over' law needed because drivers aren't getting the message

Colorado has a move over law that requires drivers to give emergency workers space on the side of the road. The law was in place in 2016 when Donahue was killed, but lawmakers made it more strict after the crash.

If you can’t move over, you must drop down 20 mph below the speed limit.

The move-over law doesn’t just apply to police cars stopped on the side of the road. You have to move over for tow trucks and utility vehicles as well.