'She was basically housed in a separate facility': CU's first Black nurse fought racism to help others in need

Zipporah "Zippy" Hammond made history by graduating from CU's School of Nursing in 1946. 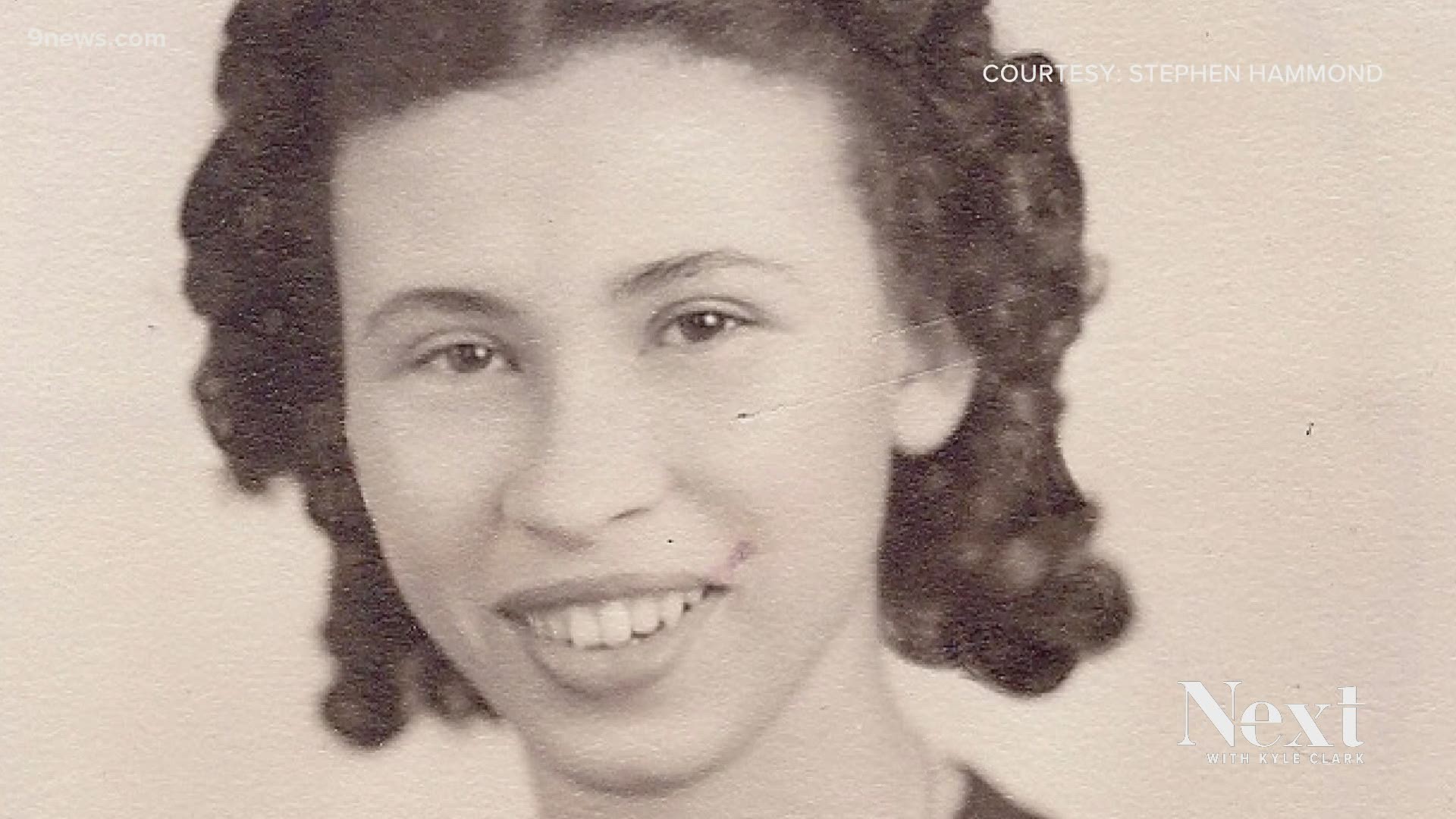 BOULDER, Colo. — In 1946, Zipporah “Zippy” Parks Hammond made history by becoming the first Black woman to graduate with a bachelor's degree from the University of Colorado-Boulder's (CU-Boulder) School of Nursing.

Hammond was born in Denver in 1924 and decided to become a nurse around age 10 when her mother passed away. She was eventually accepted into CU-Boulder’s School of Nursing in 1941 and defied racism. She was the only Black woman in a class of 30 women and couldn’t live on campus due to segregation during World War II.

RELATED: A Denver physician infiltrated the KKK in an effort to take on the hate organization

“When she arrived on the campus of Boulder, she was basically housed in a separate facility from the other nursing students with other Japanese students,” said her oldest son Stephen Hammond. “They were segregated from all the opportunities to learn with the same tools and resources that white students had.”

In 1946, she also joined the Cadet Nurse Corps to serve her country in the war effort as a nurse training in Colorado to serve the Army’s black troops. After graduating college, Zipporah Hammond worked as a surgical nurse in the operating room at Colorado General Hospital in Denver.

“She worked for about a year,” Stephen Hammond said, “until she was hired away by folks that were down at the Tuskegee Institute and the hospital there.”

She was recruited by Dr. John Chenault, the chief of orthopedics at Tuskegee Institute in Alabama to be his chief surgical nurse. She took care of children suffering from polio who could not receive treatment from other hospitals because of the color of their skin. She returned to Colorado after contracting Tuberculosis and in early 1960, she was named the first Black director of Medical Records at the now Presbyterian/St. Luke’s Medical Center.

“She was always in a serving, supporting helping role, which is probably why she chose that area as an area she wanted to get into,” added her youngest son Darrell Hammond, Sr.

After raising her two sons with her husband Sheldon Hammond, Zipporah Hammond volunteered for the Denver Public Library for 17 years. She passed away in 2011, leaving a legacy her sons said inspired other Black people wanting to serve the public.

“It’s a legacy…. of thanking people and putting them on her shoulders to say, ‘You can accomplish what you want,’” Stephen Hammond said.

Her sons, along with the University of Colorado College of Nursing, established a memorial nursing scholarship in her name and hope she will be inducted into the Colorado Women’s Hall of Fame.

RELATED: A record 9 Black women are currently serving as judges in Colorado

RELATED: 'It’s almost like a safe space': Curls on the Block combines science and self-acceptance