'You all should be fed up with this.' 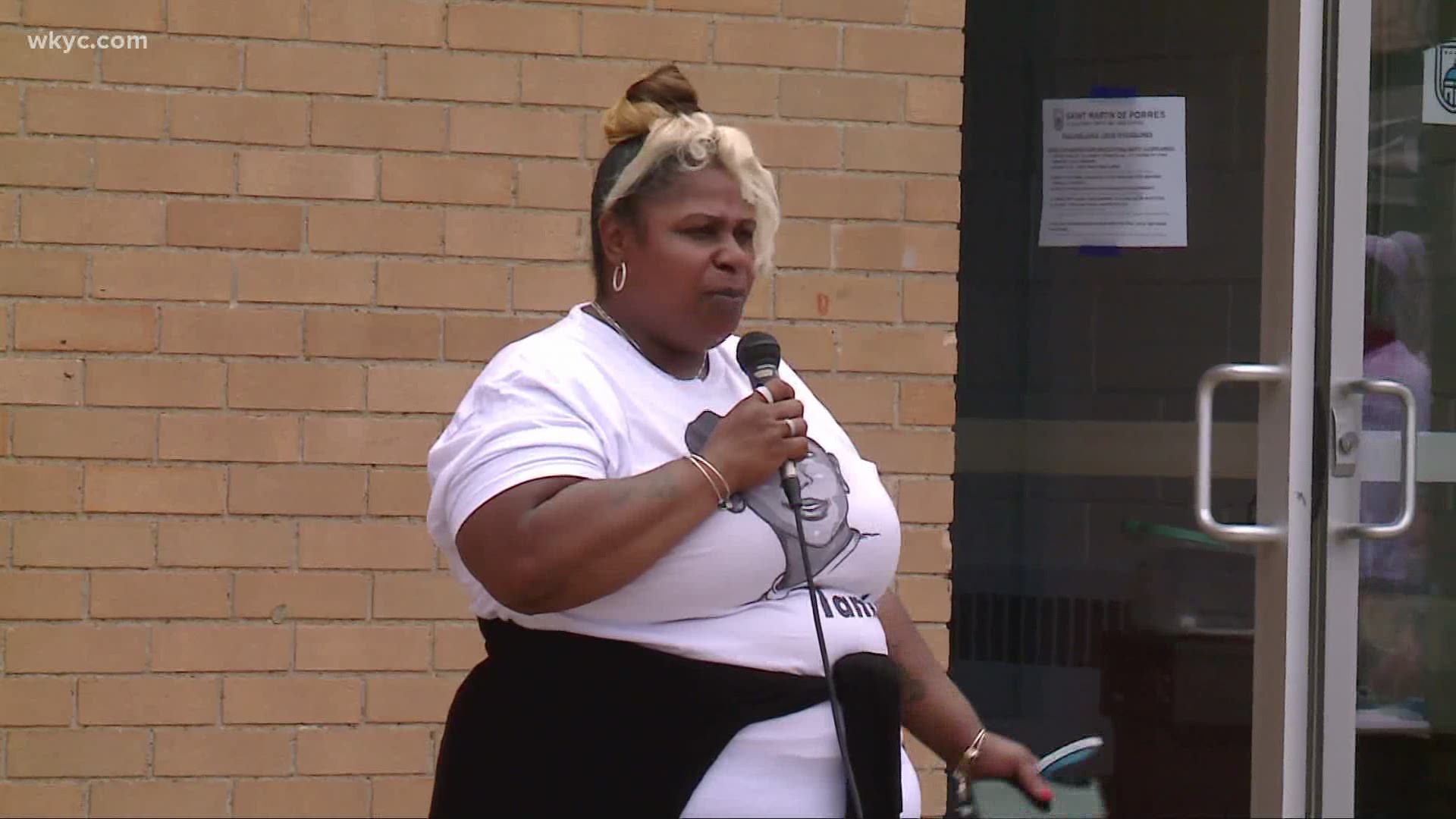 There were grab bags for kids, while a mother shared her grief.

"He is one of the faces of America that has been slain, lynched, assassinated with law enforcement," Samaria Rice said.

Nearly six years ago, Rice's 12-year-old son Tamir had been waving a pellet gun outside the Cuddell Recreation Center on the city’s near west side. When officers mistook the gun for the real thing, they shot the boy to death.

This past Thursday, he would have turned 18. His mother’s public words Saturday were the first regarding that milestone.

"I’m just kind of fed up dealing with things locally, and we need change for these senseless murders on behalf of law enforcement," Samaria Rice said. "As American citizens—black, white, brown, yellow, purple, it doesn’t matter—you all should be fed up with this.”

FROM THURSDAY: Tamir Rice would have turned 18 years old today

And people are: Across Cleveland this weekend, many are acting in the spirit of that message.

On Public Square, artists painted murals over plywood to be used for business windows which were shattered during protests. Isaiah Williams made his board a tribute to 23-year-old Desmond Franklin, who was shot and killed in April along Pearl Road by an off-duty police officer.

The two had met at a convenience store nearby. Franklin was with a teen believed to be stealing and words were exchanged.

"Even though this is not my brother, or my blood or you know my family member, I think that as a society there’s a lot of things that can be fixed, a lot of wrongs that can be made right," Williams said.

At St. John’s Episcopal Church, Cleveland’s first authenticated Underground Railroad site, there was the seventh annual Station Hope on Saturday night. This year, the event was virtual, with 150 artists from 30 organizations streaming online for several hours and making powerful statements on everything from police brutality to racism to gun violence.

At the Black Lives Matter mural painted along East 93rd Street, visitors continue to stream in. As a result, police have closed that stretch of street through the weekend.