Cyclist killed in crash with vehicle in Boulder County

Alejandro Acosta, 39, died in the crash on Lee Hill Road on Thursday, according to authorities. 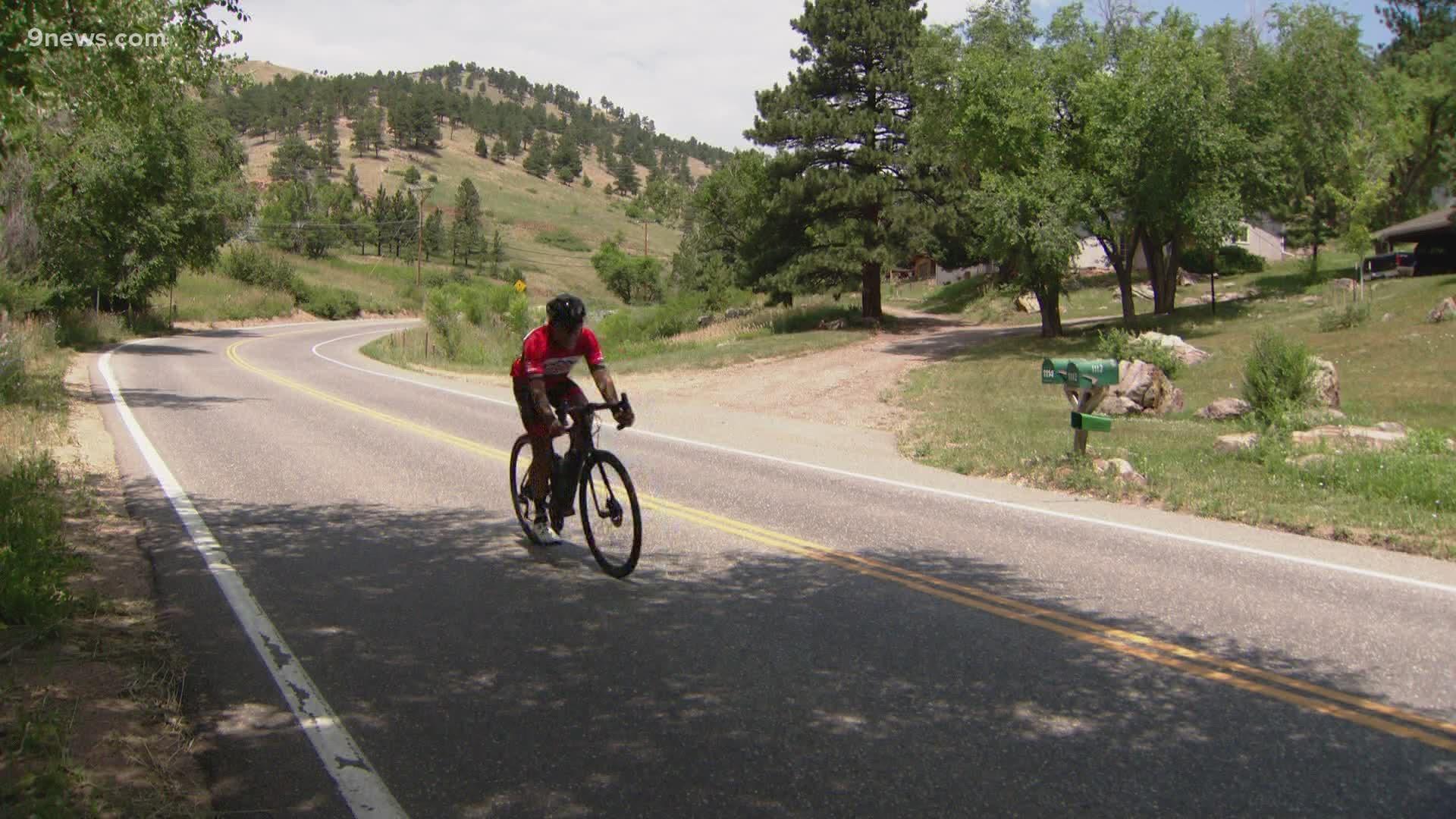 BOULDER COUNTY, Colo. — A cyclist died in a crash with a vehicle northwest of Boulder on Thursday evening, according to the Colorado State Patrol (CSP).

Troopers responded to the crash about 6:20 p.m. at Lee Hill Drive and Wagonwheel Gap Road, a CSP spokesman said.

The initial investigation showed that a 2014 Volvo going west on Lee Hill Drive hit the bicycle while turning onto Wagonwheel Gap Road. The bicycle was going east.

The CSP spokesman identified the cyclist as Alejandro Acosta, 39, of Boulder. A GoFundMe has been set up for his family.

The driver has not been charged or cited at this time, as the investigation was ongoing, CSP said.

Amy Parulis has biked down this canyon in Boulder several times before. The first time she rode with Acosta was on this road.

"Every time I ride on this road, I will always think of him," she said.  "And to know this is where he died is just heartbreaking."

She saw Acosta most Tuesdays for group rides with Sanitas Brewing and The Pro's Closet.

"Just found out he was going to have his first child so leaving a wife behind who is four months pregnant is so hard to fathom," said Parulis.

Parulis' hobby is supposed to be fun, but it is now becoming too dangerous for her. She's been thinking about selling her road bike and only riding her mountain and gravel bikes.

Her fear won't stop her from riding down this road at least one more time to honor her friend.

"He would probably be upset if we said we were not going to ride here again," she said.

> Video above: Bike safety: review some of Colorado's laws on cycling and sharing the road

RELATED: 'Being Gwen is being selfless:' Cyclist killed in crash remembered for her heart

RELATED: Police search for driver of SUV who hit, ran over bicyclist