"A kid is not going to have a dad. It shouldn’t have to come to that for us to find a solution to a problem as it relates to traffic," a concerned neighbor said. 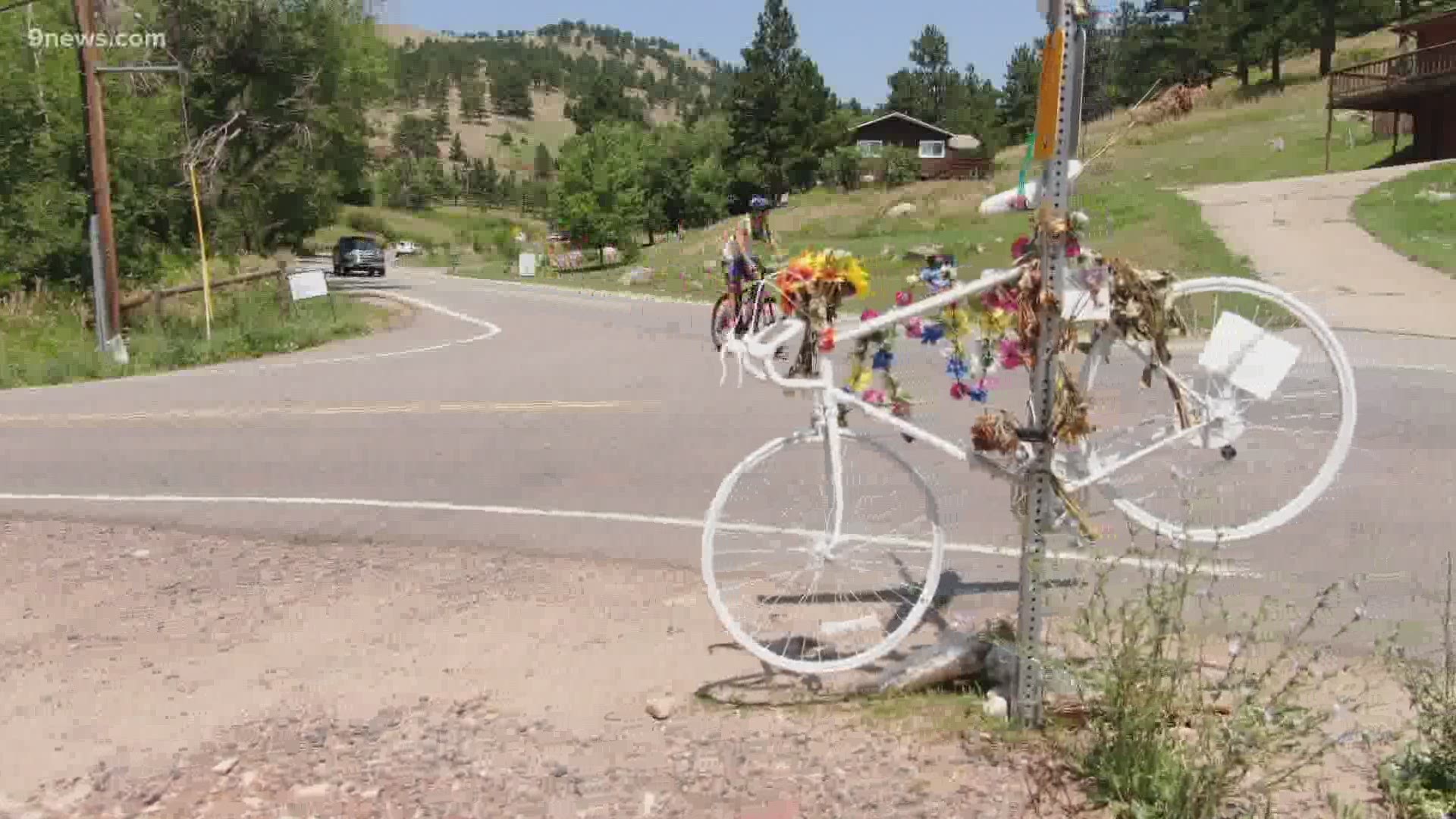 BOULDER COUNTY, Colo. — After a cyclist was hit and killed, the residents of Lee Hill Road are working with cyclists to try and make the area safer.

Earlier this month, cyclist Alejandro Acosta was riding east on Lee Hill Drive when authorities state he was hit by a 2014 Volvo going west while turning onto Wagonwheel Gap Road.

According to a a GoFundMe page, Acosta left behind a wife who is four months pregnant with their first child.

"I was pretty freaked out. Obviously my first thought was for Alejandro and his wife," friend and fellow cyclist Ryan Lagerquist said.

"After I was done that initial round of grief over Alex I started thinking about myself and I was like 'hey, that could happen to me.'"

It's a thought that many cyclists have had since this death and, for some, even before it.

To some residents in the area, Lee Hill Road is notorious; filled with blind right turns that make it difficult to see cyclists that speed by.

A bike advocacy group put up warning signs to help but one neighbor told 9NEWS, that's just not enough.

"With this horrific accident that we most recently had, I hope that the community and commissioners can come together to find a solution here," a neighbor named Ken said.

"A kid is not going to have a dad. It shouldn’t have to come to that for us to find a solution to a problem as it relates to traffic."

According to the bike advocacy group Cyclists 4 Community (C4C), they are working with Boulder County for a solution. A spokesperson for the group told 9NEWS bettering the infrastructure of the area and adding larger warning signs could be part of the solution.

Andrew Barth, a spokesperson for Boulder County Public Works Department, did confirm they were working with the C4C as well as concerned residents along Lee Hill Road.

"We’ve already installed signage to alert both drivers and riders of their obligations to be aware of each others' presence and to share the road. We have signs that ask cyclists to ride single-file around curves and those that remind drivers to give cyclists three-feet of room when passing," Barth said in a statement.

"While it would be great to make the road wider to provide more room for everyone, that project would be a massive undertaking that would cost several million dollars. That’s not to say we aren’t exploring that option, because we are."