Police are seeking additional witnesses to an accidental shooting that injured one person at a Denver nightclub when a gun fell from an FBI agent's waistband. 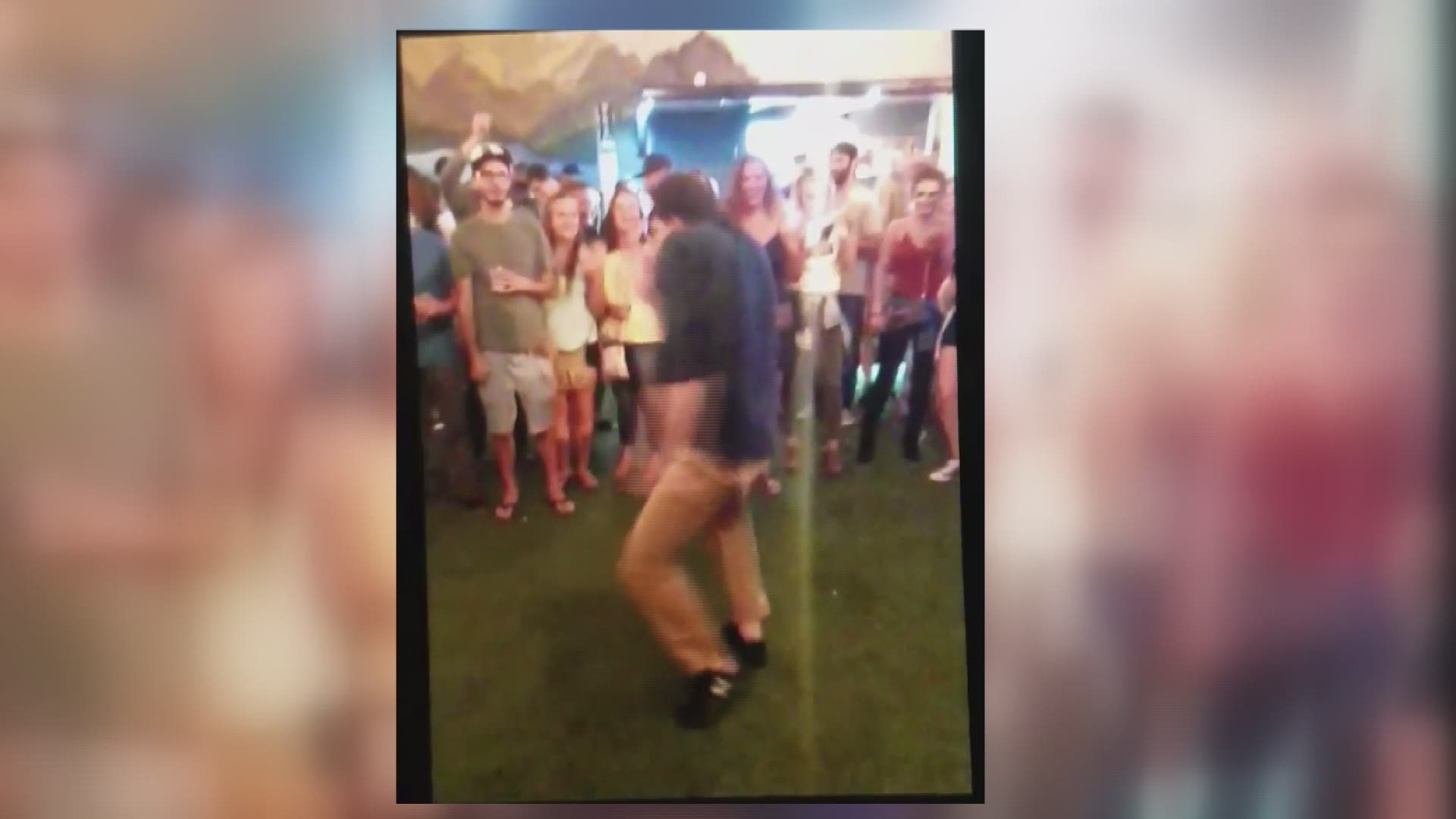 DENVER - Multiple sources confirm to 9Wants to Know that Chase Bishop is the off-duty FBI agent who was allegedly involved in an accidental shooting early Saturday morning. The 29-year-old is not assigned to the Denver Field Division and works out of Washington D.C.

9Wants to Know left multiple messages for Bishop and his family requesting comment.

The shooting, which left one person injured, occurred around 12:45 a.m. Saturday at the club located at 2201 Lawrence St.

At the time Denver police said in a news release that an off-duty FBI agent was dancing at a nightclub when his firearm became dislodged from its waistband holster and fell onto the floor. When the agent retrieved his handgun, it accidentally fired and struck another person in the lower leg.

Frank Azar, the victim's attorney, told 9NEWS his client was at Mile High Spirits when he realized he was hurt and then shocked to realize he was shot. Azar says he was released from the hospital over the weekend. 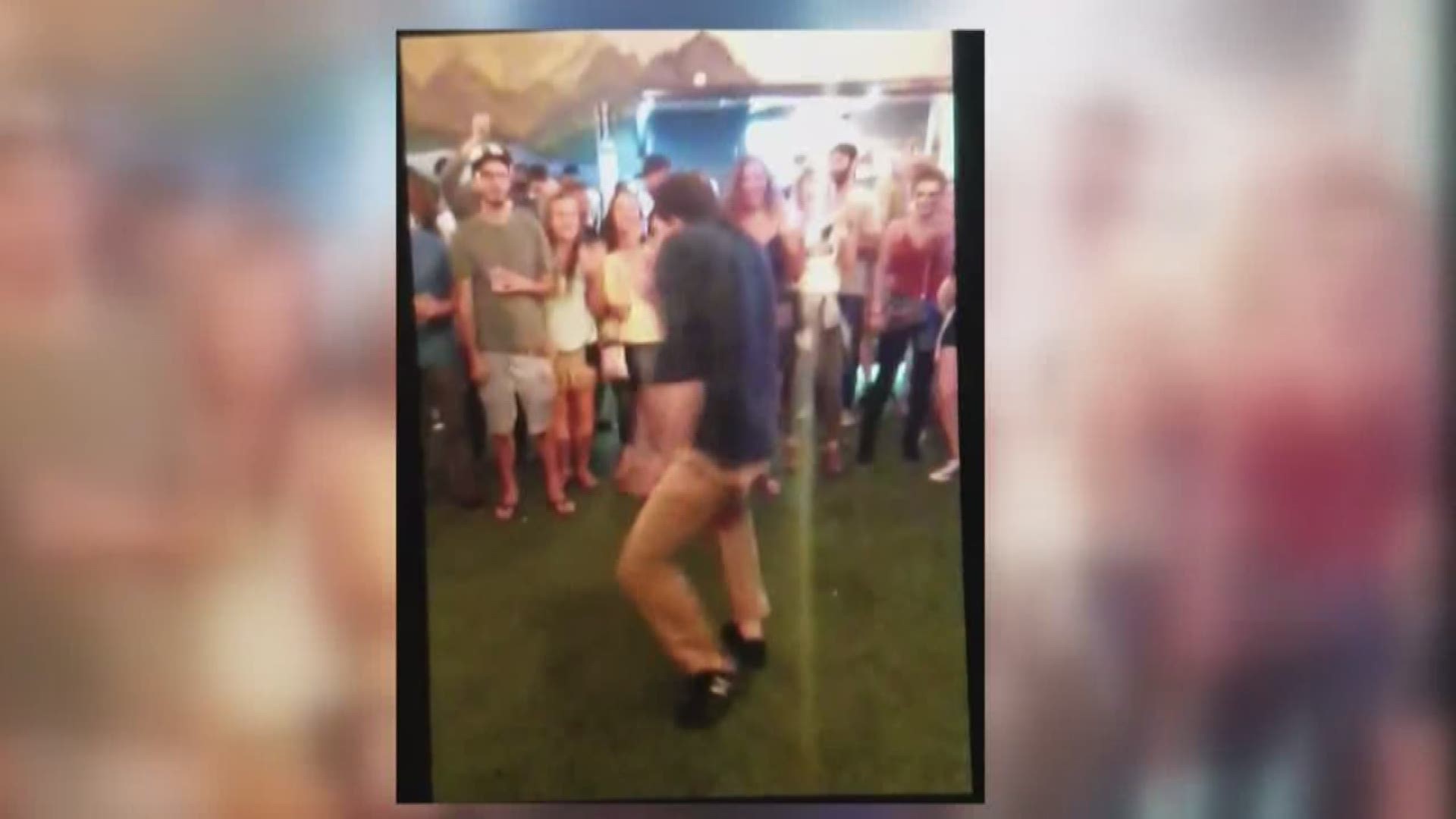 Video shared with 9NEWS shows the agent doing a backflip just before his gun fell from his waistband.

Anyone who witnessed the incident and has not spoken to police is asked to call them at 720-913-2000. Police are also asking for anyone with video of the incident to come forward.

Possible charges regarding the incident are pending laboratory results taken from the agent, to determine if alcohol was a factor, and forensic evidence. Police will present their findings to the Denver District Attorney for determination of possible charges.

A former FBI agent told 9NEWS Crime and Justice Reporter Anastasiya Bolton that an agent who accidentally discharges a weapon will be automatically suspended for three days without pay. 9NEWS is not identifying the agent due to his continued connections to the agency.

The retired FBI agent also told 9NEWS if there are aggravating circumstances to the accidental discharge, the discipline could be more severe, up to firing.

The aggravating circumstances could be a policy violation, if someone is injured, if drinking was involved or if local laws or ordinances were violated.

According to the retired FBI agent, the Douglas Factors will be considered for the employee’s discipline, including “the notoriety of the offense or its impact upon the reputation of the agency.”

The Douglas Factors were established in the court case Douglas v. Veterans Administration (1981). In that case, the Merit Systems Protection Board laid out 12 factors to be considered in a federal employee’s discipline case.

The retired FBI source told 9NEWS the Bureau likely deployed an FBI team to come out and investigate the shooting and potential policy violations.

In this case, DPD is conducting a criminal investigation, the FBI – an internal one.

The FBI investigative team will also ask if the off-duty agent was acting in some kind of an official capacity while at the bar. That question, according to the former FBI agent, will have to be answered to determine whether the Department of Justice will defend him in a possible civil suit.