The changing time puts rush hour during dusk, the time when many animals are most active. 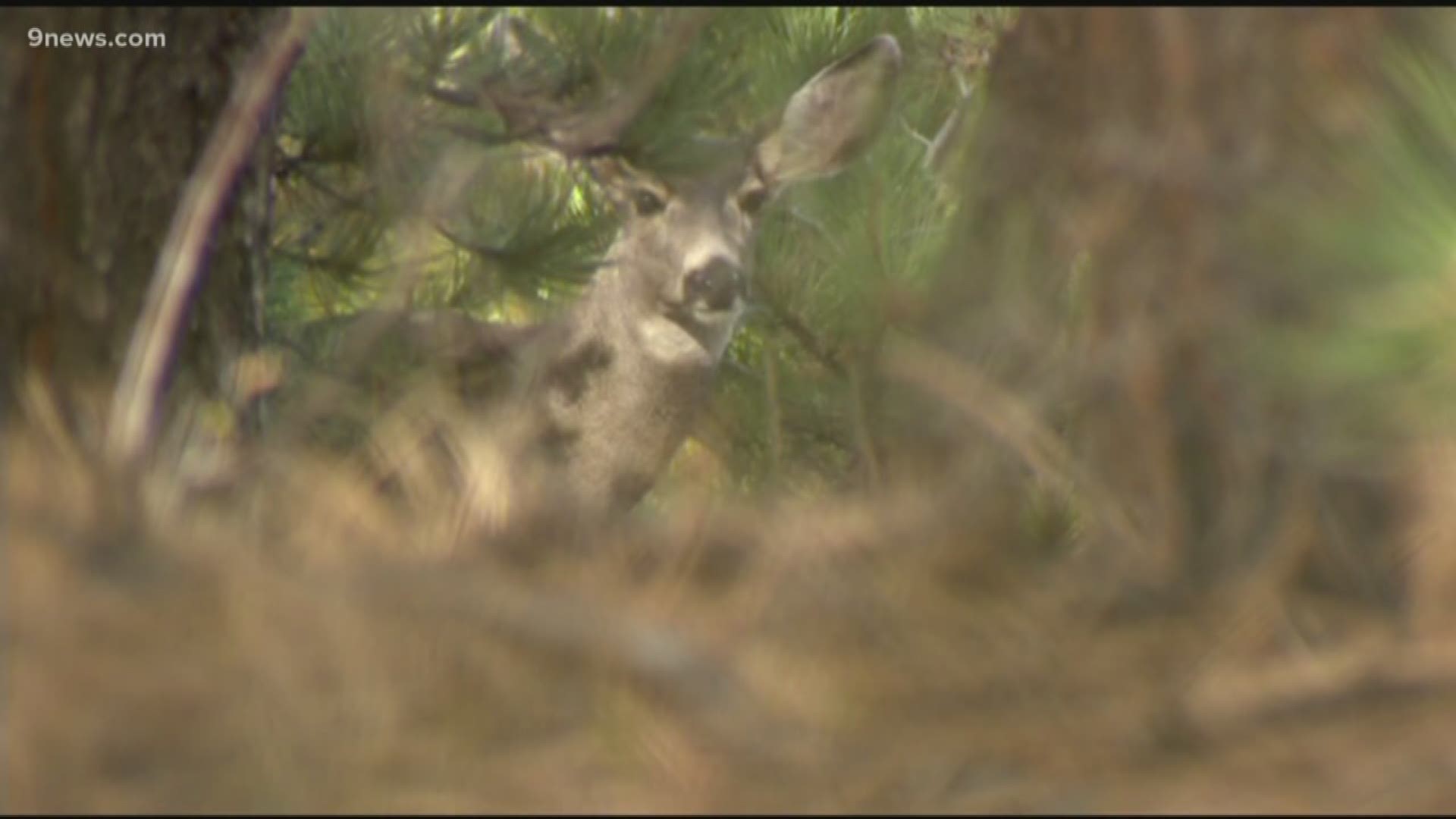 DENVER — It’s about to get a lot darker a lot earlier.

On Sunday morning, we all set our clocks back an hour as daylight saving time ends. While we may get an extra hour of sleep, the time change poses big dangers for wildlife in Colorado.

The number of cars that hit deer increases this time of year as rush hour coincides with dawn and dusk. This year could be especially dangerous as the early snow has pushed a lot of animals to lower elevations in search of food.

As the sunlight fades, the end of daylight saving time pushes rush hour into dusk, the time when many animals are most active. It’s also harder for drivers heading home from work to see anything trying to cross the road.

"A lot of folks going home from work might be going home in darker conditions. That’s when wildlife might be moving across roadways. They’re also migrating and searching for food in different areas this time of year," said Travis Duncan with Colorado Parks and Wildlife. "Take it slow, be aware of what the speed limits are, what the traffic laws are, and just be safe."

"It literally came out of nowhere. Honestly, I didn’t see it until it was in front of my car," said Ryan Heyvaert, who hit a deer with his car on I-70 near Evergreen. "I saw both those cars slow down and I thought it was part of the traffic. Next thing I know there’s a deer in front of my car."

Heyvaert walked away from the crash on I-70 uninjured. The deer wasn’t so lucky.

"Unfortunately the car that I had which was a little Hyundai Elantra rolled over it," said Heyvaert. "Hitting a deer wasn’t anything I expected to happen. I felt really bad for it honestly."

Along roads all across Colorado, wildlife crossings give animals a safer place to get through traffic. More are coming soon.

"We’ve had a lot of success on the Highway 9 crossings," said Duncan. "We’re right now looking at the gap project and putting in four crossings there where we know a lot of wildlife cross and we have a lot of collisions. We hope that will lower the number of accidents we see."

So you may be asking how do animals know to use these wildlife crossings to cross the street?

CDOT and CPW use trail cameras to track wildlife near roadways to see where most usually are. From there they build fences that funnel the animals to the crossings in an attempt to make it safer for them to get to the other side of the road.