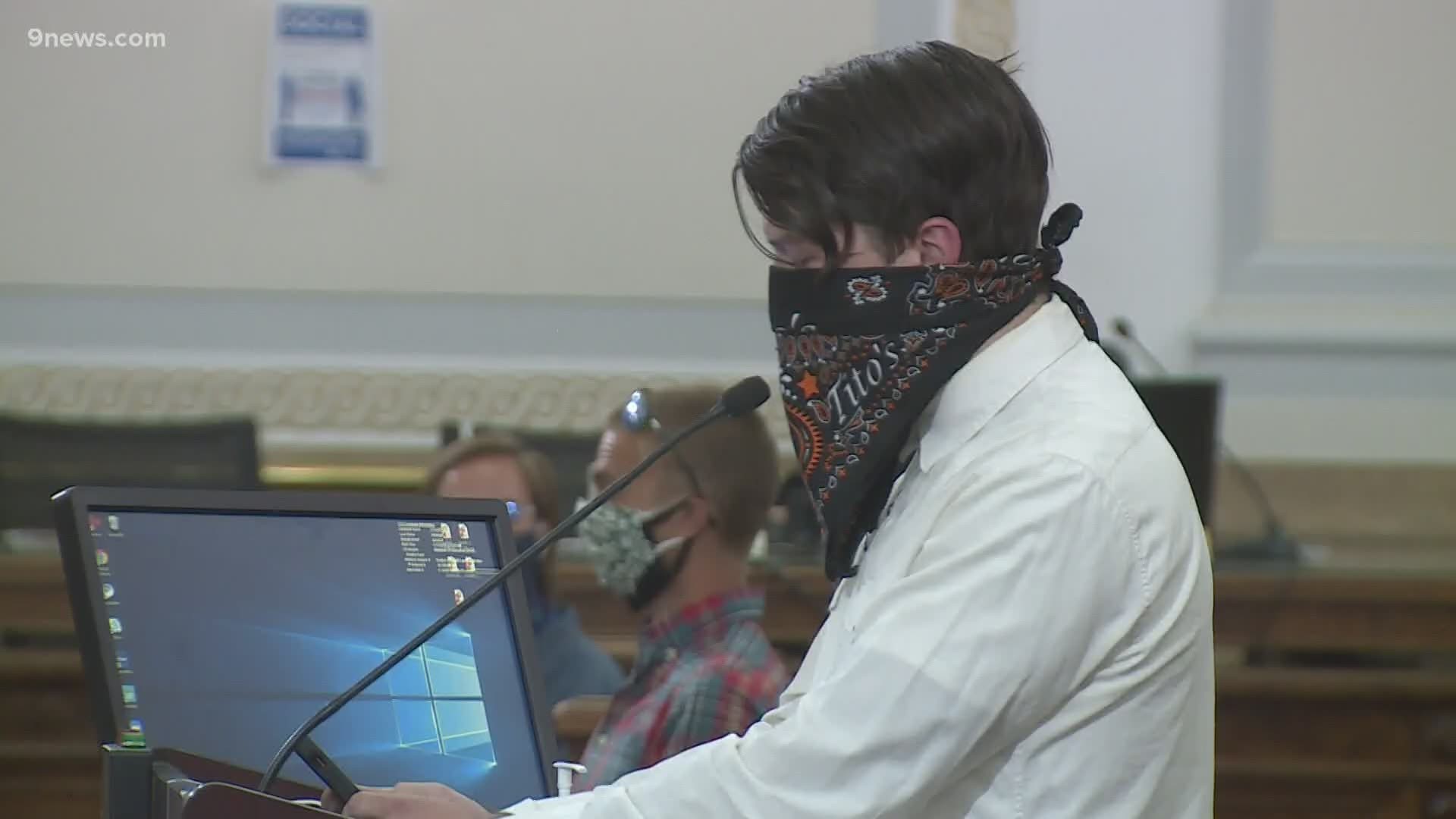 DENVER — During the first regularly-scheduled city council meeting in the chambers since COVID-19 restrictions were lifted, 51 people signed up for public comment -- and most called on the council to defund the police department.

“It is time to call to defund disarm, demilitarize and dismantle the Denver Police Department,” said the first man who stepped up to the mic, setting the tone for the rest of the evening.

A woman who said she is a nurse called for an end of police use of tear gas, saying “it is particularly egregious to use a chemical weapon that causes lung irritation and coughing during a respiratory pandemic.”

The public comment period only lasts 30 minutes, and each speaker gets three minutes to talk. But the council agreed to hear everyone after they got through their agenda for the night.

That agenda included a proclamation to recognize racism as a public health crisis.

“This doesn’t change any of our policies, but words matter,” said city council member Stacie Gilmore, who co-authored the proclamation. “It matters that for the past five years on this city council we haven’t had an acknowledgement of what is America’s original sin.”

Gilmore is one of two council members who have called for defunding the police. Council member Chris Hinds joined her today.

“If that means we’re moving our system from one of punishment to one of support, I’m in,” Hinds said.

In the public comment that followed, each one repeatedly asked to follow Minneapolis’ lead and re-allocate the DPD budget toward education, mental health, affordable housing and other community resources.

“Reform is not good enough, body cameras are a bandage on a gaping wound,” said a woman who identified herself as a teacher. “A ban on choke holds is a hollow promise In the hands of those who treat the rules as optional. Anything less than defunding the police is an insult to the people of Denver, to the memory of George Floyd, and to the thousands impacted daily by the police state.”