Denver and Aurora-area youth violence prevention groups held an emergency meeting Monday after six students were shot at a park in Aurora. 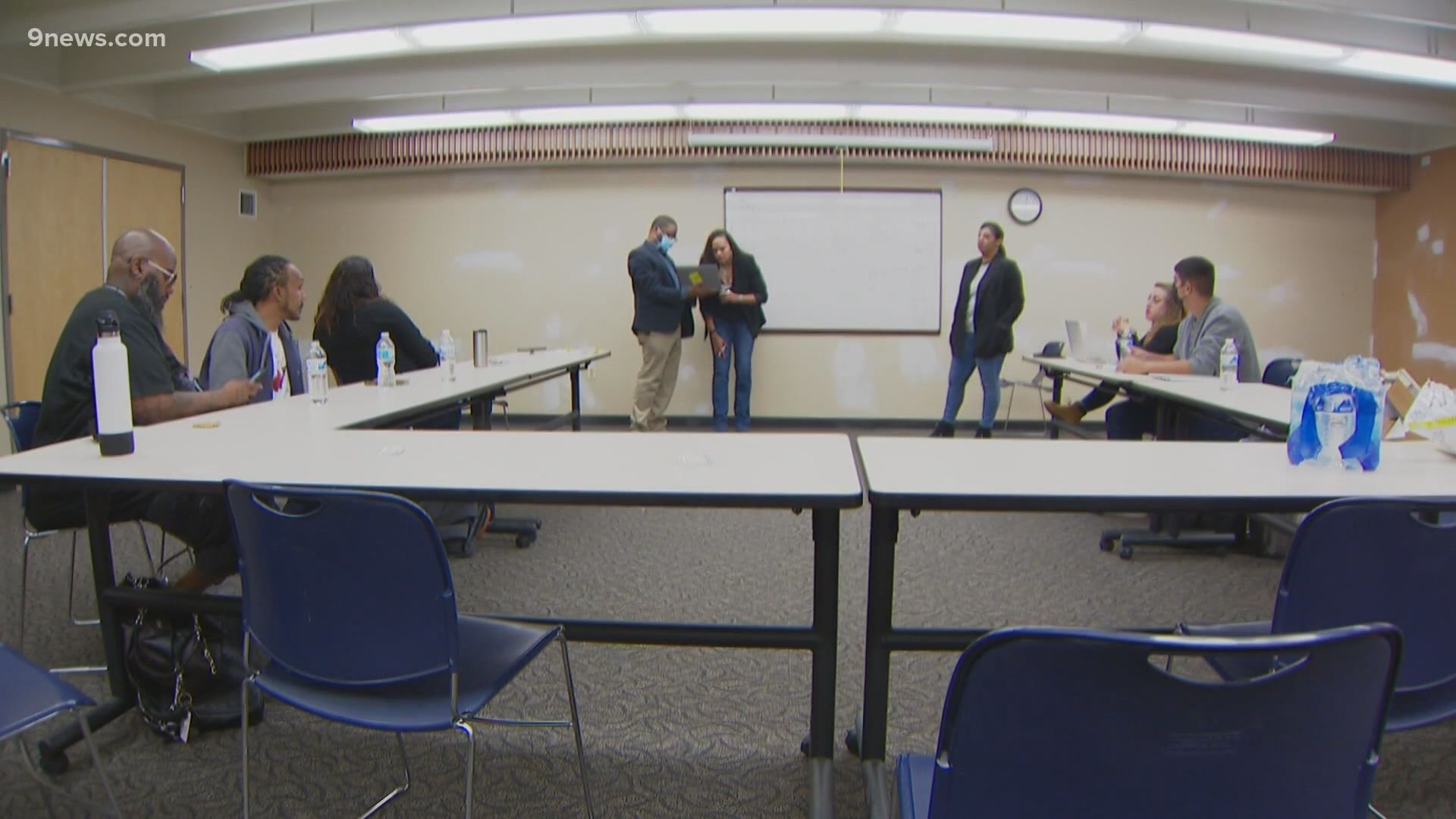 AURORA, Colo. — Within 24 hours of someone shooting a young man in Denver and six students being shot at a park in Aurora, violence prevention groups and city agencies called an emergency meeting.

They gathered at a public library not far from Nome Park in Aurora, where the teens were shot Monday. They discussed what resources they can provide to schools in the area to help kids right now and keep them safe.

Mosaic, Struggle of Love, GRASP, and the Youth Violence Prevention programs from Aurora and Denver all gathered at one table.

These organizations want to provide support to kids who are traumatized by these latest shootings. They have always focused on preventing violence involving youth, but the events over the past day brought a new sense of urgency.

"It definitely needs to be on the front page or the first story. This needs to be in everybody’s face," Jason McBride with the Struggle of Love Foundation said.

This unscheduled meeting was their response to this latest shooting in Aurora. All six shooting victims are between the ages of 14 and 18 and students at Aurora Central High School. One of the victims underwent emergency surgery.

"We have to focus on mental health for these young people," he said.

This is a crisis that violence prevention groups want everyone to pay attention to.

"I can come at this from experience, me being shot myself," McBride said. "We haven't figured it out, and we are going to lose an entire generation to the graveyard and the prison yard if we don’t jump in and do something immediately."

Malik lives in the neighborhood where six students were shot in Aurora. He isn't much older than the kids who were shot.

"You only end up two places, dead or in jail, and I learned that the hard way," he said. "Be productive, because once you get bored, you feel me, the devil got a weird way of working."

He found his escape in the music studio to stay out of trouble. He was walking back home from recording when he saw the crime scene.

"That is why I started doing music, because every time I get bored I was thinking about doing dumb stuff," Malik said.

To keep kids alive, groups across the metro area are bringing more solutions to the table.

Aurora officials are working on organizing a peach march for Friday. Plans are still in the works.