The mural was designed by artist Adri Norris, and artists of color were encouraged to join in on the creative process. 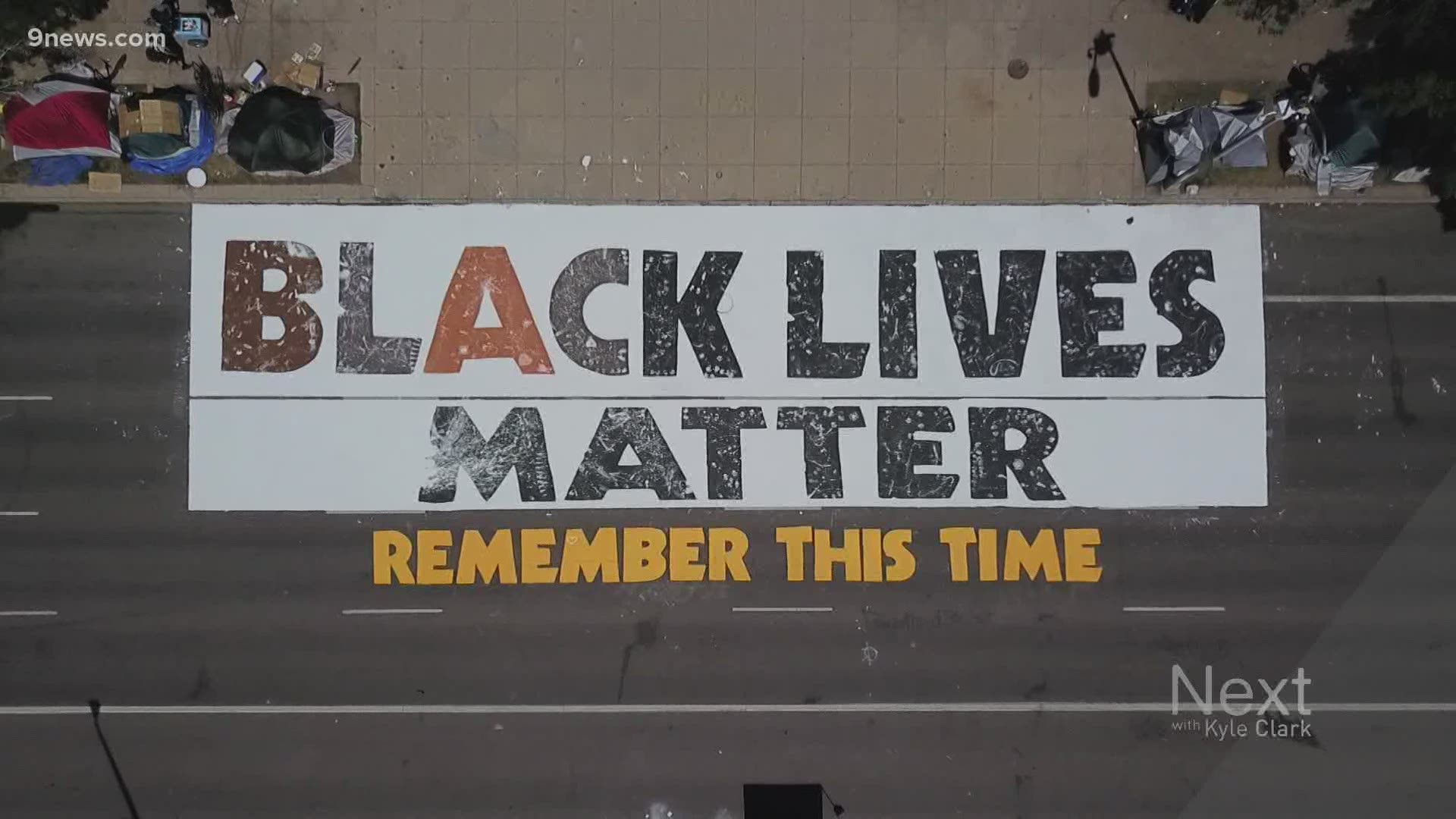 DENVER — The City of Denver closed down a section of Broadway near the state Capitol to allow local artists to paint a Black Lives Matter street mural.

That closure started on Thursday night, according to a news release from the city, and will be in effect until 11:59 p.m. on Friday between 13th and 17th avenues.

The mural was designed by artist Adri Norris, who is working with Pat Milbery.

“This is opportunity to bring an historic note to an historic moment,” Norris said.  “The text of the mural is Black Live Matter: Remember This Time.”

The city called on local Denver creatives, in particular black, indigenous and artists of color, as well as community volunteers to come in and be a part of the creative process. Dozens turned out Friday to help with effort.

The mural is being painted in roughly the same location where protesters calling attention to police brutality and the death of George Floyd clashed with Denver police, who fired tear gas and rubber bullets in an attempt to disperse the crowd.

“We are in a moment, and I really want people to remember this moment and keep this thing going because there is so much change that needs to happen in order for all of us to have the freedom and equality that’s promised to us in the constitution,” Norris said.

The news release did not say how much the mural will cost.

A judge has since issued an order restricting the department's use of these less-lethal weapons, and the Denver Office of the Independent Monitor is looking into dozens of allegations of improper use of force.

Artists throughout Denver have been painting murals for the Black Lives Matter movement, which has sparked protests across the country.

These murals feature Floyd, Breonna Taylor and Aurora man Elijah McClain, who have all become faces of the Black Lives Matter movement.