'It’s a big deal for everyone who farms': September snow could mean big problems for farmers 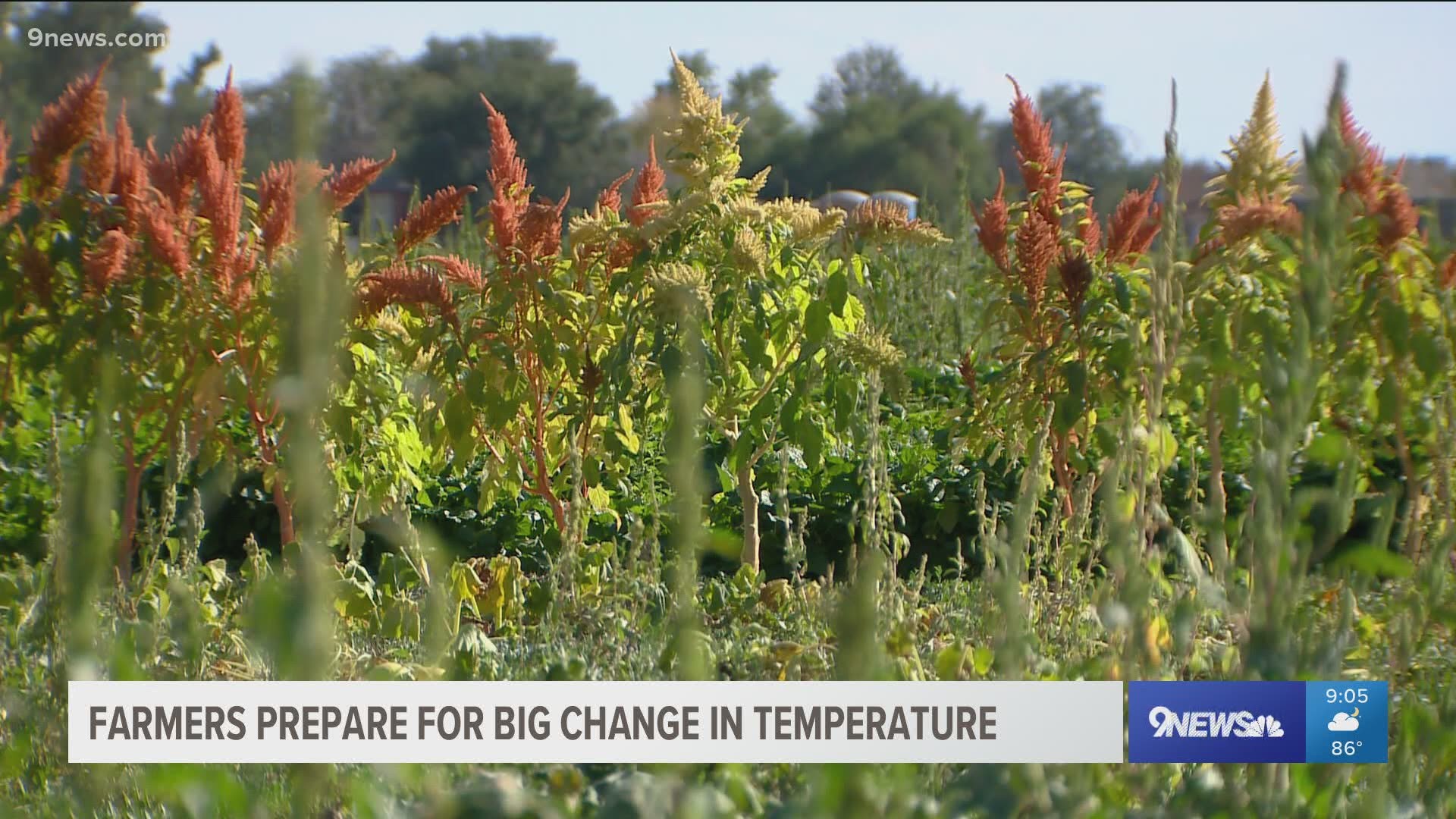 "It is interesting to be working through record heat to prepare for record cold," said Claudia Ferrell, owner of Berry Patch Farms in Brighton as she stood looking at her crops in 100 degree heat.

Colorado is preparing for a swing in temperature we rarely see this early in September. Seeing the forecast go from 90s on Monday to 30s on Tuesday can be exciting for some. For others it can mean their livelihood could be lost.

RELATED: Proctor's Garden: How to protect your plants from the snow and cold

RELATED: Wild weather week ahead; here are 12 records that could break

"It’s painful. I grieve," said Ferrell. "My passion is to grow this stuff for people to eat. To see beautiful things destroyed is really painful."

On a day when the crops wilted under the afternoon heat, around these parts of Berry Patch Farms, the preparations began for a day much colder.

Saturday she spent her afternoon picking okra. There’s no chance that’ll survive the freeze. She worries what else could die with it.

"I knew there was a huge cold front dropping down. But you aren’t necessarily expecting this much cold," said Ferrell. "You kind of wish those Canadians would keep it to themselves."

For now, she's saving what she can, preparing for the day when the heat gives way to snow.

Farmers aren’t the only ones that could be impacted by the huge swing in temperatures. The National Weather Service is warning ranchers to consider sheltering outdoor animals before the snow comes on Tuesday.