A slew of local protest organizers and leaders still face charges, including some felonies, after protests last summer calling for justice in Elijah McClain's death. 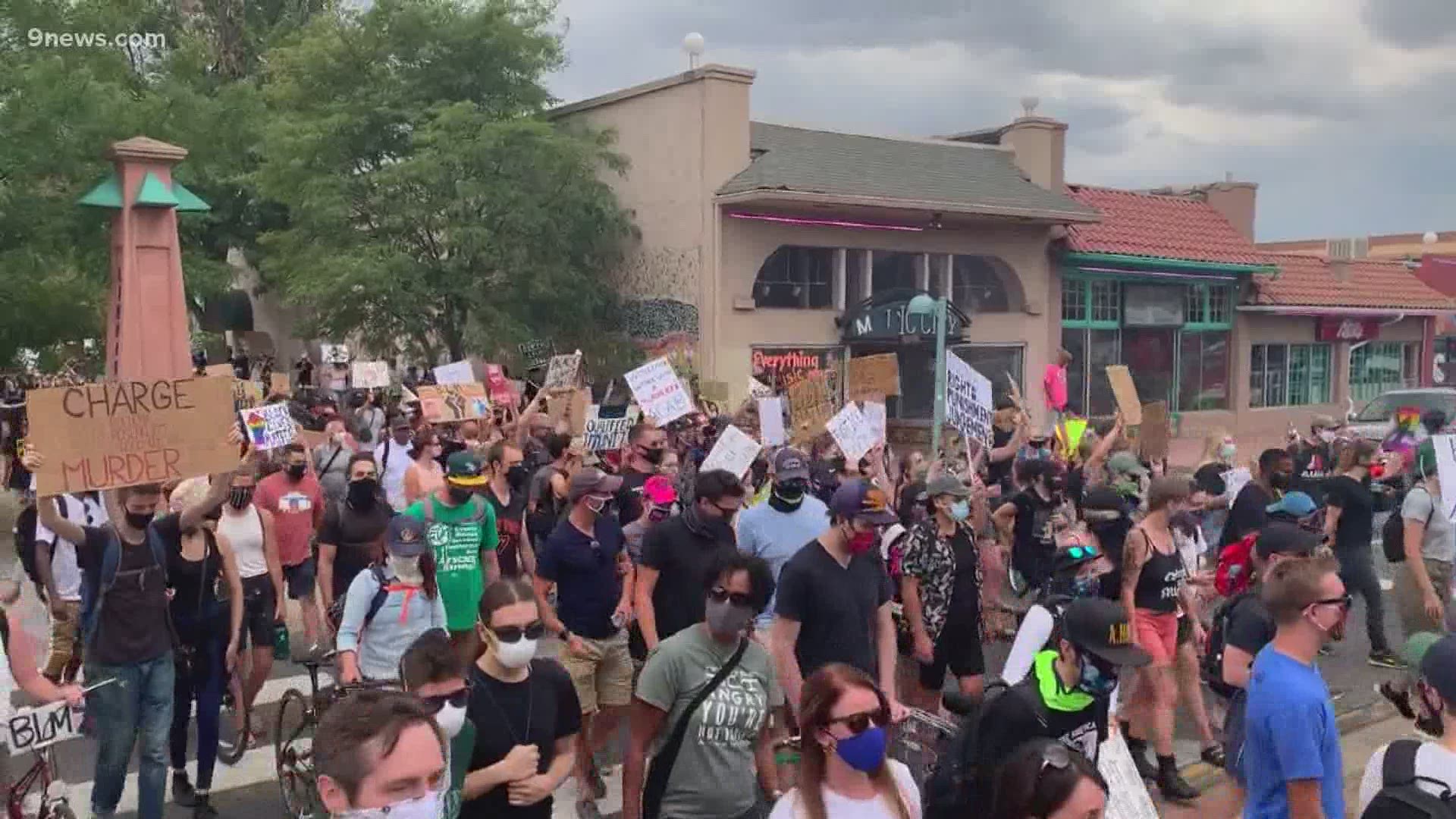 DENVER — Protests in Aurora last summer forced open half a dozen new investigations into the death of 23-year-old Elijah McClain. Some of those demonstrations also resulted in dozens of charges, including some felonies, against several local protest organizers and leaders in two Colorado counties.

Now, lawyers and activists locally and across the country have come together to form the National Committee for Justice in Denver, calling on prosecutors to honor protesters' First Amendment rights and drop all charges.

"You can try and take out leaders, but you can't stop a movement," said Mara Verheyden-Hilliard, a constitutional rights lawyer in Washington D.C. and the founder of the Partnership for Civil Justice Fund.

Verheyden-Hilliard was one of the first to sign her support to the new committee for justice.

"Our goal is to make it clear that none of us are allowing this to be swept under the rug," Verheyden-Hilliard said. "These are young people in their 20s, and they're being told that they may go to jail for the rest of their lives," she said of the Party for Socialism and Liberation (PSL) leaders facing charges, including inciting a riot and kidnapping.

"Theirs are certainly among the most outrageous charges that we have seen leveled against racial justice demonstrators in the past year. That is certainly the case," Verheyden-Hilliard said.

Eliza Lucero, 23, Lillian House, 26 and Joel Northam, 33, each face charges in two counties and up to decades in prison. Prosecutors in Adams and Arapahoe counties, the 17th and 18th judicial districts, charged them in September 2020 in connection with crimes committed during protests calling for justice in the death of Elijah McClain in Aurora on June 27, July 12, July 25 and July 3.

"The idea that people could peacefully protest outside of a police precinct, and be charged with felony kidnapping-type offenses..." said Verheyden-Hilliard, "There are many reasons that is a fundamental threat and a violation of First Amendment rights."

Verheyden-Hilliard explained the First Amendment explicitly recognizes the right of people to protest "within sight and sound" of the object they are protesting.

"That's what people do – you go to the object of your protest and you protest there," she said. "Anytime people engage in a political protest and the government or powerful corporation decides that they don't like it, does that mean you can just sweep people off the street and arrest them?"

Verheyden-Hilliard called that a slippery slope. It's one of many reasons she joined the National Committee for Justice in Denver, to defend against a "dangerous precedent" being set in Colorado against free speech rights.

Anyone, from legal professionals to fellow activists or concerned citizens, can get involved at DenverDefense.org.

"The problem is that the district attorneys and the police have charged them with these multiple counts that could put them away for 48 years in prison. That's the fact," Verheyden-Hilliard said. "They have the power in their hands to arrest people, and charge people, and they're using it. Certainly, we are going to do everything in our power to make sure that that doesn't happen."

Lucero, House and Northam all face charges in two counties. Their court dates in Adams and Arapahoe counties will begin in March. Criminal charges are a formal accusation that an individual has committed a crime. A defendant is presumed innocent unless proven guilty.

9NEWS asked the 18th Judicial District DA's office Wednesday for an update. A spokesperson said they do not typically comment on open cases outside of the courtroom.